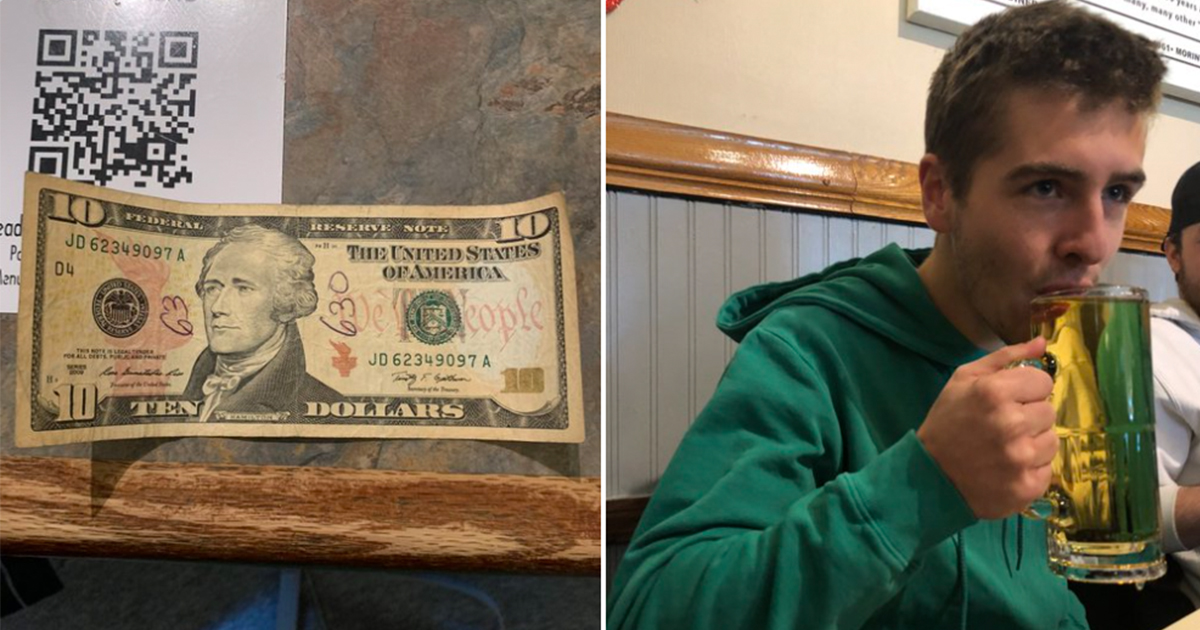 For the next generation of beer lovers in the US, turning 21 is a huge step towards fulfilling their amber-colored dreams.

The occasion was one of even greater importance to one 20-year-old from Taunton, Massachusetts, who had been patiently waiting to buy his first cold one with money left to him by his late father.

As per reports, Matt Goodman’s father died of cancer when his son was just 15 years old. Before passing, however, he gave Matt’s sister a $10 bill and told her to use it on Matt’s 21st to buy him his very first legal beer.

Casey Goodman, Matt’s sister, explained: “I know the hardest thing for my dad was the things he was going to miss out on.

“Anyone who knew my dad knew he was this goofy, larger-than-life of-the-party guy, and my little brother was his entire world.”

Matt’s mom and his sister kept hold of the $10 bill and were able to use it to buy Matt his first beer on his 21st birthday.

Matt subsequently shared photos of the $10 bill and the beer he bought with it. He captioned his post: “Almost 6 years ago before my dad passed he gave my sister this $10 bill to give to me on my 21st birthday so he could buy me my first beer, cheers pops having this one for you!”

Budweiser even noticed the tweet, responding: “We’re raising one to your pops, Matt. He got your first beer and the next one’s on us.”

As per a follow-up post, Budweiser sent Matt several cases of beer, and Matt himself added that people are apparently asking for his Venmo so they can also buy him a beer.

Instead of accepting more donations, however, he asked the money be sent to the Dana-Farber Cancer Institute instead.

What a great story to hear! And what a true Beero Matt’s late father was. We’ll be raising a beer for him this evening!