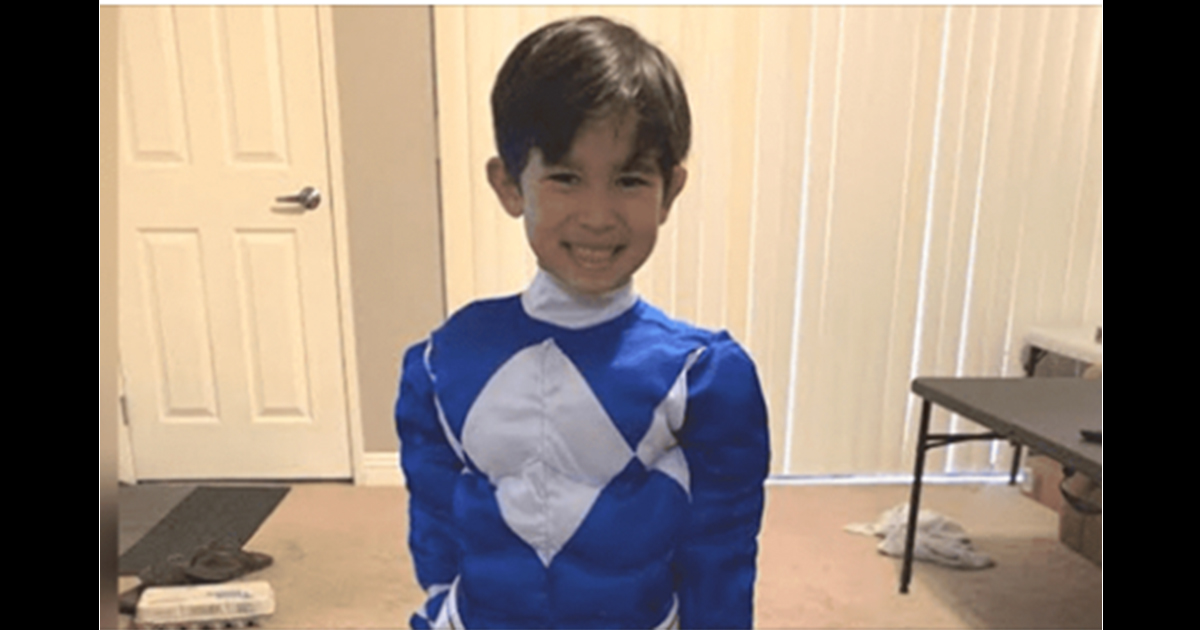 Harrowing details of how a babysitter beat a 5-year-old boy after he wet himself have been released by police in Las Vegas.

The next day the young boy Ryan James Peralto died after suffering a fractured skull, bleeding in the brain, and damage to his spleen, liver, pancreas and intestines, according to police.

Ryan’s dad had installed video cameras in their home after their 7-year-old daughter said Laurren was hurting her brother.

Those video cameras captured the horrific injuries inflicted on Ryan after he told his babysitter he had wet himself.

Courtney had been babysitting the children regularly since August and even knew the children’s father Kaiea Peralto had installed cameras in the house.

The video, which has not been released, showed Courtney severely beating little Ryan over a 2-minute period.

“Officers were able to view video surveillance on an app from Kaiea’s phone. Officers observed (Courtney) pulling Ryan by one arm through the doorway of the bathroom. Lauren states ‘I know you are faking it,'” according to 8 News Now citing the arrest report.

“(Courtney) is observed kicking Ryan in the face with her foot, punching his face, and slap his chest. (Courtney) then takes off Ryan’s underwear and drags him into the shower.”

According to the news station Courtney was angry that the boy had urinated on himself and had shoved Ryan probably “harder” than she should have causing him to strike his head on the floor, as per police statements.

In the video, Ryan doesn’t respond even as he was being kicked. Courtney then strikes him several times and screams at him, before letting him fall and hit his head.

Towards the end of the footage, the boy is heard crying and moaning in pain, but Courtney just turns on the shower and leaves the room, according to the Daily Mail.

Ryan’s parents were alerted to the situation after his dad checked the surveillance cameras using his cellphone and saw his son lying motionless on the couch.

When he arrived home, his wife was also at the house with the babysitter, who then left as he arrived to get food for herself and her boyfriend.

Apparently, she showed no emotion when Courtney was told that the boy may not survive, according to the police.

Courtney has claimed that she was suffering from mental health issues. She is currently being held at the county jail without bail and is due back in court on May 18.

A GoFundMe page has been set up to help the family pay for medical and funeral costs.

“He was a loving, gentle, and adorable little boy whose life was taken away from us much too soon,” Kalena Duarte wrote on behalf of Kaiea Peralto.

Such a sickening attack allegedly carried out by someone who was supposed to keep him safe. My heart goes out to his family. May he rest in peace.