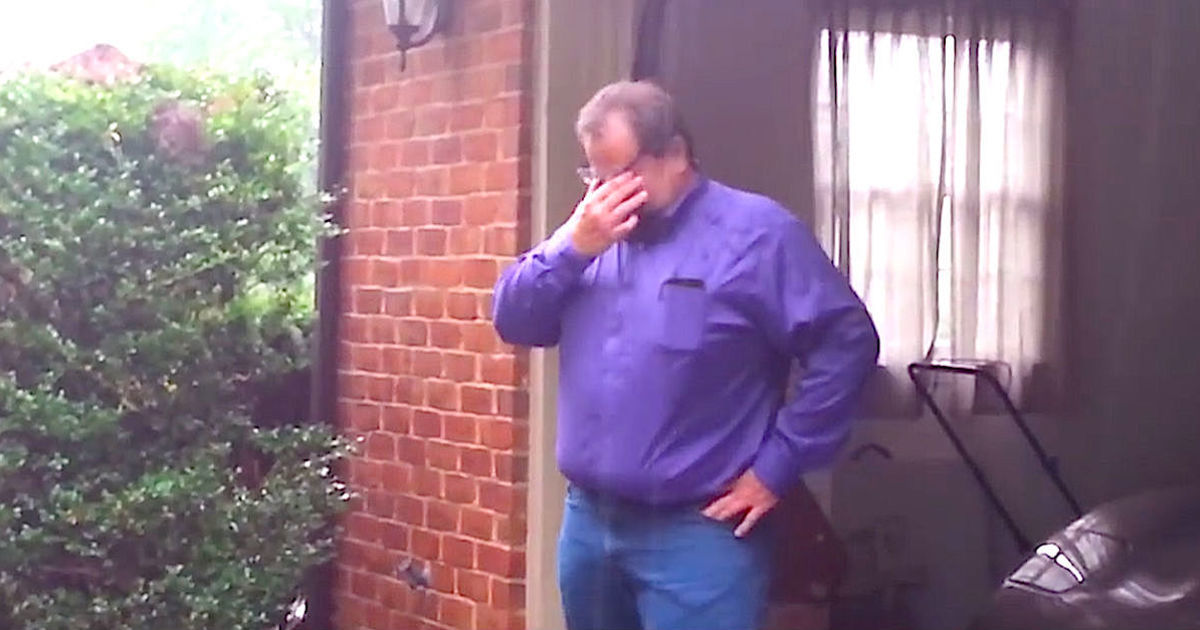 This is a story about sacrifice, and about how love and kindness can swing back to you like a boomerang—just when you least expect it.

It all started when Stephanie’s beloved father, Randy, renovated his 1936 Ford when he was just 16-years-old. As a teen, the car was Randy’s most treasured possession. He was so proud of it that he crisscrossed the United States showing his classic car at various exhibitions, often winning first prize.

But in 1993, Randy was forced to make a painful decision. After starting a family, he simply had no more time to take care of his beloved car. So with a heavy heart, he sold it. He was heartbroken, but willing to make that sacrifice. And it was a sacrifice that Stephanie never forgot… even 21 years later.

A lot had changed in the intervening years, but not Randy’s love toward his family. So as a way to pay back that kindness, his daughter Stephanie gave him the surprise of his life, and the whole family was there to see his reaction.

“My dad restored this 1936 Ford 2-door sedan when he was 16. It was his treasured car and he won first prize in many car shows. And it was very painful for him to sell it in 1993. My dad talked about this car for as long as I can remember, always saying he would buy it back if he could find it,” Stephanie wrote on her GoFundMe page.

“Well, last year I began the search because its been my dream to buy it for him. After a few months of finding it and arranging the purchase, we scrambled the money together and brought it home on our secret trip to ‘New Orleans.’ The moment of shock and tears on my dad’s face will be the greatest memory ever!”