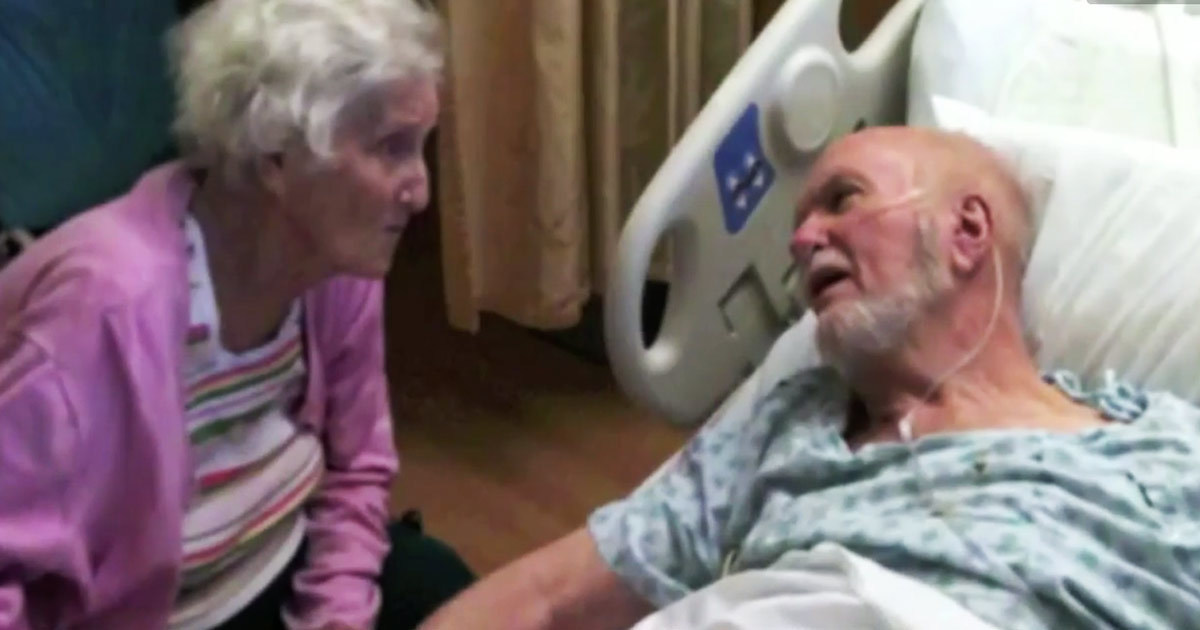 There’s something magical about love—something that can’t be explained. But once you fall in love, you instinctively know the warm feeling you have toward the other person, even if you can’ t put it in words.

For some people, that initial feeling leads to eternal love—and that’s how it was for this couple who was married for 64 years.

Until one day, it was time for the husband, who suffered from heart disease, to say goodbye. And during the man’s last moments on Earth, a family member took a photo that shows the amazing power of love.

James and Lauretta Burke met at a party soon after World War II. And even then, they felt like it was a love to last a lifetime.

They ended up having nine children, 23 grandchildren, and five great-grandchildren together and they were married for 64 years.

Lauretta was struck by dementia in her old age, and James took care of her until he was diagnosed with a heart disease.

James’s condition grew worse, and one day, he was forced to be hospitalized. Lauretta was with her beloved husband at the hospital bed when he slowly but surely passed from this life.

During this time, the couple’s niece took a picture and noticed something incredible.

She noticed that the way they looked at each other was quite special and decided to go through the old photo albums.

There she found a picture from James and Lauretta’s wedding—and when she put the pictures next to each other, her parent’s eyes looked the same, even though the photos were taken 64 years apart.

“It’s just so sweet. The look they are giving each other,” the couple’s daughter Peg told Fox.

“They just really had a strong love, a strong connection. They could read each other’s minds. They would finish each other’s sentences. They just were meant for each other,” says Peg.

When I see these pictures, I can’t hold back the tears. I know a smile can mean a lot, but the way James and Lauretta look at each other really shows true love. I’m so happy that Lauretta got to see these beautiful pictures and remembers the bond she had with James. Because no matter what, he’ll always remain in her heart.

Love is the strongest thing we have. Don’t forget to share this beautiful story with your friends and loved ones.