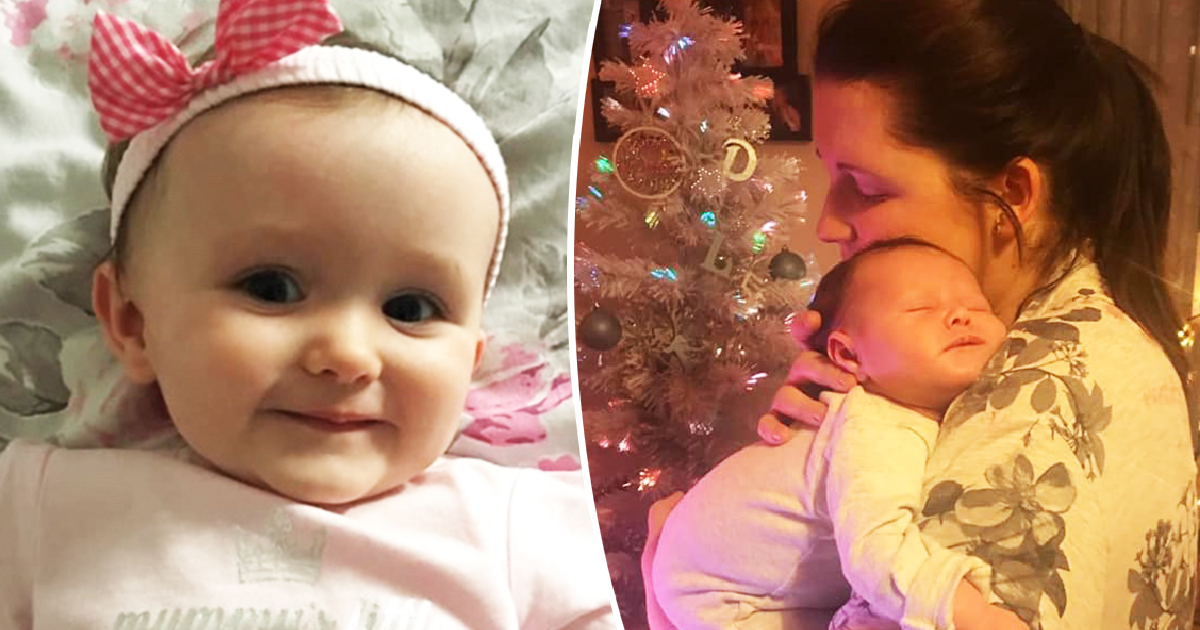 Many people say there is nothing like the pain of losing a child. We cannot imagine the pain that a parent feels in such situations, especially when the child has only just begun to live.

Two such parents were overjoyed at the birth of their second child, a daughter, and never expected what happened next.

Daniel O’Sullivan and Tara Lyons made their home in Borehamwood, Hertfordshire, England. The couple had their first son, Leo, and began to build a happy, blissful family life together.

Just a few years after having Leo, the couple joyously welcomed a second baby. In December of 2018, Sofia Lyons-O’Sullivan was born. Her mother described the newborn as a “lovely happy baby” who brightened up every day.

Tara explained that she suffered from gestational diabetes during her pregnancy with Sofia, but experienced no other medical complications. The baby was born happy and healthy.

Sofia’s mother also describes her daughter as loving her hair in adorable ponytails and goofing around with her brother. By the time she was a year and a half years old, Sofia could crawl, walk, and speak a few words. Tara explained:

“Even though some people don’t think they have personalities at that age, she really did – she was so funny and cheeky and sassy.”

Additionally, the girl’s mother and father recalled how much their daughter loved watching and rewatching Disney’s Moana and playing with her brother. The family stayed happy and healthy together even as the U.K. went into lockdown during the COVID-19 pandemic in March 2020.

Eventually, the family moved to a new home with more space and a garden. Sofia got her own bedroom and her parents helped to personalize it, with gray mountains painted on the walls and pink and leopard print bedding stacked high.

However, in April of 2020 the couple went through an unimaginable event. Sofia showed signs of the sniffles, and her parents put her to bed. They believed at the time that the young girl was just teething, but they realized something was wrong when she woke up and refused her toast.

Sofia was not opening her eyes despite her parents’ best efforts, and they rushed her to the doctor right away. The medical professional prescribed her antibiotics, but Tara explains that she screamed as she noted her daughter’s condition.

Sofia next went to Great Osmond Street Hospital in London, where the staff put her through various tests to figure out what was wrong. Daniel and Tara spent a full day in the hospital before receiving earth-shaking news.

Even though she did not display any symptoms, Sofia was diagnosed with Arteriovenous Malformation (AVM). The rare brain condition is characterized by a nontypical connection between the body’s arteries and veins, which disrupts blood circulation.

Even with the help of the hospital’s doctors, the parents were informed that Sofia would not make it. Still, without outward symptoms, her condition was deteriorating.

Six days after coming to the hospital, on Easter Sunday, Tara and Daniel confirmed that the child’s life support was switched off. In a statement, a heartbroken Tara expressed:

“All I could hear as I held Sofia was Frozen’s Let it Go in the background and I’m not sure what it was, but I looked at Dan and we knew it was time. It broke my heart.”

After saying goodbye to their beloved daughter, the couple also had to tell their son, Leo, that his baby sister was in heaven now. The boy was only seven at the time. He and his parents felt the loss deeply as they exited the hospital, with Tara adding:

“I walked in to the hospital with my one and a half year old, and left with a box of memories.”

Predictably, the experiences were traumatic for each member of the family. To help cope with her grief and keep her daughter’s memory alive, Tara contacted Bloodhound Books, the publishing company she worked for.

In December 2021, Tara worked on a Christmas anthology comprised of young-adult fiction stories written by a variety of famous authors. The date would have been Sofia’s third birthday, and her mother has explained that she aimed to raise awareness of the condition that took her daughter from her.

Tara’s book, Written in the Stars, will officially come out in October of 2022. Tara has expressed her hope that the book will both raise awareness and keep her daughter’s spirit alive. She said:

“The cover of the book has a little girl reaching for the stars and it looks like Sofia, in such a gentle and sweet way that was just like her.”

Tara has taken her efforts a step further by pledging to donate the profits to The Butterfly AVM Charity and Great Ormond Street Hospital Charity.

It is truly inspiring to see how Tara and her family have taken their own tragedy as an opportunity to help others. We send our love and prayers to Tara, Daniel, and young Leo to find peace after what they have endured. Their youngest will always be loved.