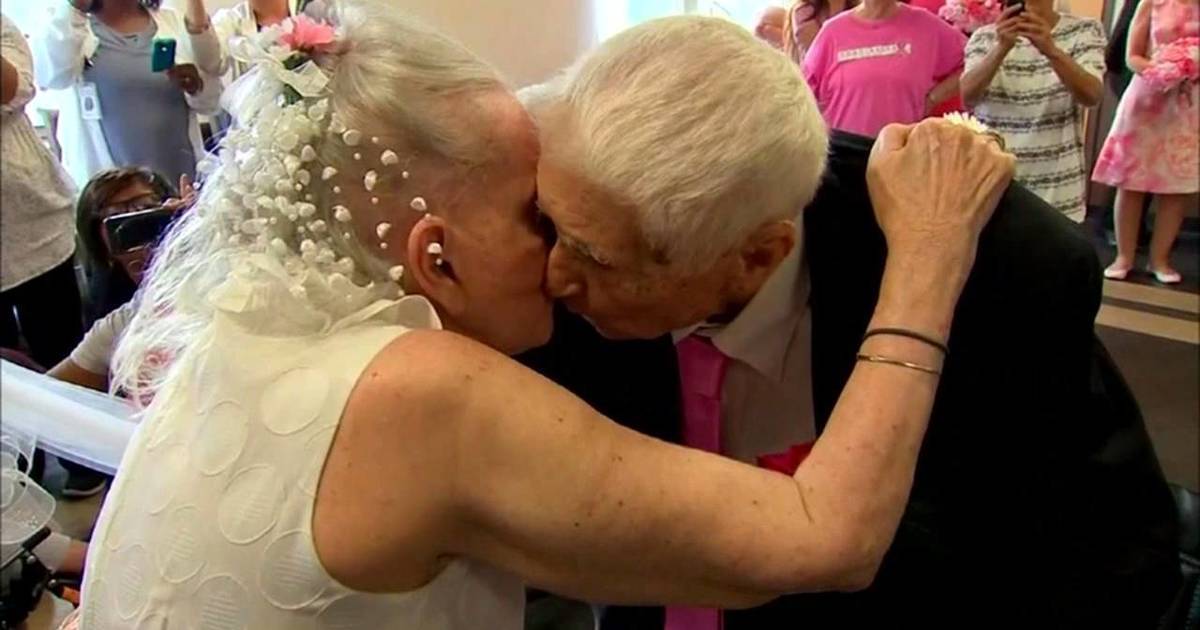 When Elizabeth Gfatter went up to the altar, she couldn’t help but shed a tear when she saw her husband, Charles, waiting for her there. The couple has loved each other in sickness and in health for over 75 years.

Not long ago, Charles and Elizabeth moved into a housing facility for seniors in Poughkeepsie, New York. And after arriving, Elizabeth and Charles decided to renew their wedding vows to show everyone that their love is as strong today as it was 75 years ago.

Charles and Elizabeth met as children and started dating in high school. Shortly after Elizabeth graduated, the couple eloped. But things weren’t easy in the beginning…

“We eloped because they didn’t want us to get married yet—they said we were too young,” Elizabeth told ABC News.

After having a church wedding, Charles’s father pulled his son aside. He was skeptical to say the least.

And, of course, Karl’s father later had to eat his words.

Charles went off to war, and when he returned, he and Elizabeth’s love grew stronger by the year. The couple had a daughter together, but unfortunately, she passed away in 2015 at the age of 68.

But one thing they have been able to keep: their unconditional love for each other.

“He just said he loved me, and that’s all that mattered,” says Elizabeth.

Charles and Elizabeth certainly are good together. Share this article if you’d like to congratulate them on all of their wonderful years together!