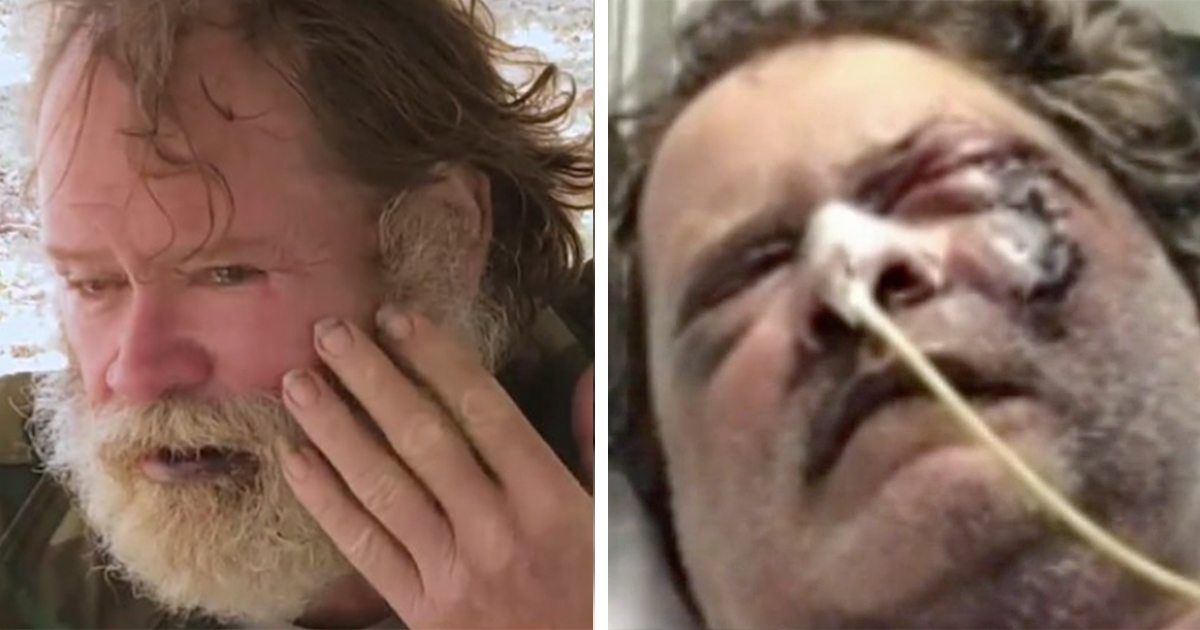 A disabled man has been left badly bruised and fearing for his safety after allegedly being attacked over a phone charger while camping at a lake in Shawnee, Oklahoma.

As per reports, Glen Akins, who was assaulted at the lake, says he was set upon on Thursday.

“I just come out here to plug my phone up and they had everything plugged up on the outlet.”

Glen said that he’s thanking God he’s still alive, so vicious was the attack. Reportedly, it started when he asked the two men if he could use one of the outlets under a pavilion at the campsite. Initially, they seemed friendly, but then turned on him.

“The next thing I know, man, they just started wailing on me. Beat me up,” Glen said.

“They threw my walker out here halfway across the lake, the field out here. And then they took off running…and just left me laying over there.”

He went on to say that he was hit by a car in Oklahoma City about five months ago, leaving him disabled.

“I like it out here and everything. Just been trying to heal up after getting ran over.

“Beat me up as hard as they could in the face. I’ve got five steel plates in my face and it could have hurt me bad, given me brain damage or anything else.”

Glen’s wish now is that the two are apprehended so that they don’t pose a threat to anyone else.

“I hope that they learn that what they did was wrong,” he said.

“They need to learn respect and don’t be beatin’ up old men and their elders. That’s what America is about – respect, honor, dignity and trust.”

My heart goes out to Glen. No one should have to live in fear of an attack like this one.

What has it come to in society when things like this seem to happen somewhere every day?