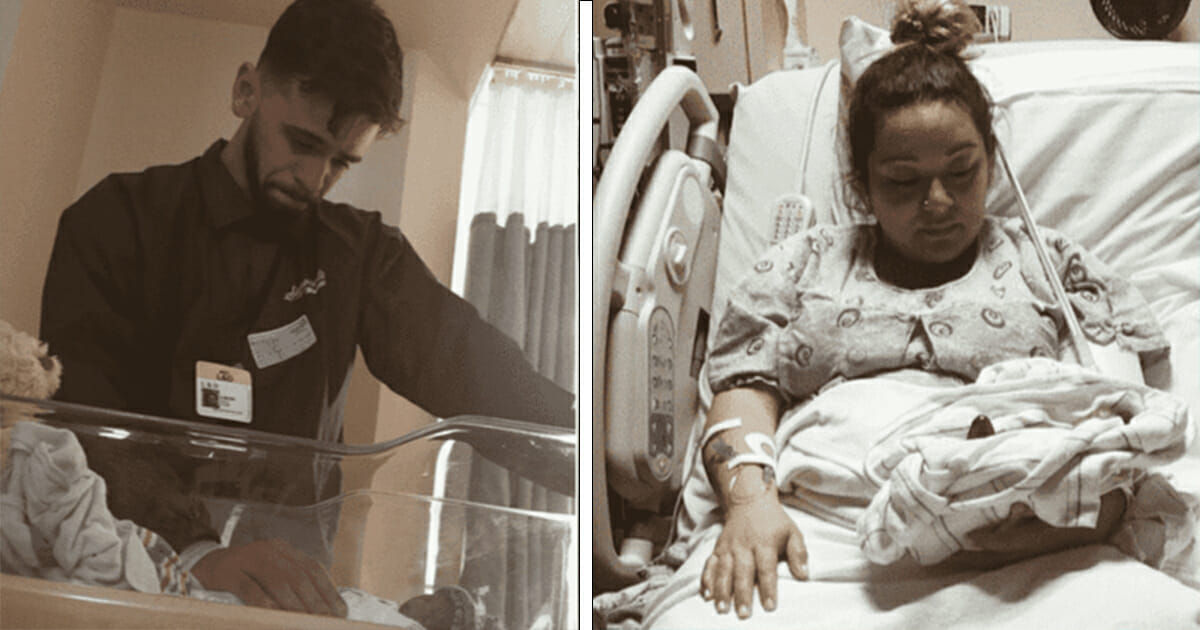 It’s no coincidence that we have a fierce desire to protect newborn babies. It’s a design pattern of nature, one meant to help the continuation of our species and ensure that the most vulnerable amongst us are given the care they desperately need.

Therefore, the idea of being anything but absolutely one hundred percent gentle with a newborn doesn’t bear thinking about. Put simply, we’re often extra careful with newborns because we know we have to be.

Which is why it’s both shocking and terrifying that when Kristal Amezquita delivered her baby the doctor who handled her dropped him. Worse, he then told Kristal she was young enough to have more.

As per reports, Amezquita’s pregnancy was a difficult one. She was just 21 weeks pregnant when she was admitted to the Labour and Delivery ER of a hospital in April. The pains in her stomach had become too much to bear, and nurses quickly called a doctor.

Kristal explained what happened next to Love What Matters: “He told me the membranes of the water bag were protruding and I was already leaking water (technically already in labor—the pain I was experiencing were contractions), the water Ian needed to survive was coming out. He said my cervix had opened up and the placenta had come into contact with the vaginal canal causing an infection. I was on the verge of fighting an infection and I had two options at this point.

“One — Expedite my pregnancy or Two — Let my body take its course. WHAT. THE. HECK. I was heartbroken, my heart was aching, my world was shattered. How did I go from being so excited to turn 21 weeks and see my baby growing in my belly to knowing I would not leave the hospital with him?”

Amezquita told the doctor she wanted to choose the second option. She continued: ” I was still experiencing contractions and they were becoming closer in time, so the nurse asked if I wanted an epidural. After getting the epidural, comes the catheter.

“I had the catheter put in and about less than half an hour later I was in feeling so uncomfortable, I was in pain and my heart was broken. I called for the nurse because I told her I wanted the catheter out, I could feel it, but she said I had the epidural so I shouldn’t be feeling anything. While she and the OB were checking on me, my water broke. THAT IS WHEN I COMPLETELY LOST IT. I knew this was really happening, I was really losing my baby.”

Amezquita was soon moved to another bed, where she began the process of delivering her baby. “After two pushes I was asked if I wanted to hold him, but I wanted to deliver the placenta first,” she explained.

In the next moment, Amezquita was left with a memory that will haunt her forever.

“I was so in shock, the OB who delivered Ian dropped him when he came out, and kept saying to me, ‘It’s okay, you’re young, you’ll have more, YOU are okay.’ How can you tell me I’M okay when I just lost my son?! I couldn’t believe what had just happened.

“My mom said she felt like he was going to be thrown away with all the trash – the way the OB handled Ian. Since Ian was so tiny, he kind of slid right out and they failed to catch him.”

Ian weighed just 10 ounces. Amezquita said: “He is never forgotten and he is always in our thoughts and prayers. I know he is in my heart and that gives me comfort.”

Kristal, we’re so sorry for your loss, and even more sorry for the apparent lack of professional practise.