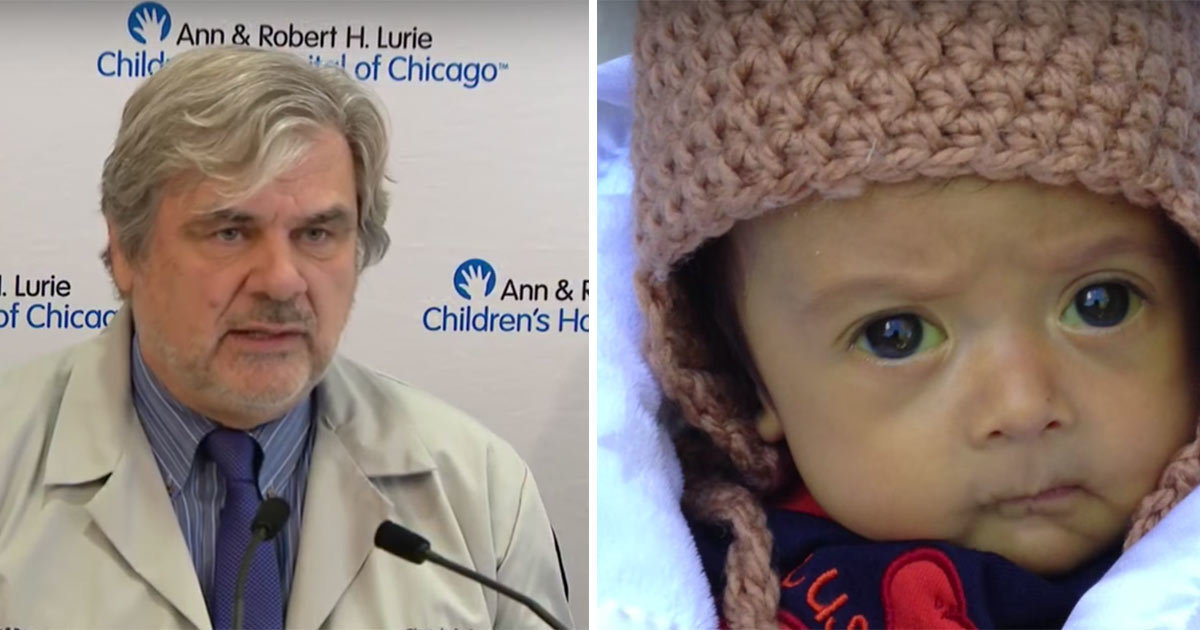 I’m always amazed by the miracles of modern medicine.

Take organ transplants, for example. The fact that surgeons can take, say, a liver from one person and put it in another is incredible.

Still, finding a donor can take months or even years, and the wait for a transplant is surely a rollercoaster ride of hope and despair.

But for one five-month-old boy in Wisconsin, the ride didn’t take long. His parents were told that he needed a new liver. But moments after doctors shared the devastating news, the boy’s mother found out that her son’s name had been removed from the donor list. And when she heard the reason why, she couldn’t believe her ears.

Little Daniel had a rare liver disease. His skin turned yellow and the five-month-old plummeted to a mere 8 pounds (3.5 kg). Despite undergoing several operations, Daniel’s condition didn’t improve. So just before Christmas, doctors told Daniel’s parents that he needed a new liver.

Finding a donor match can take weeks, months, or even years. But only 40 minutes after Daniel was put on the list, doctors did something almost unheard of.

Daniel’s mother, Melody, was prepared for the worst, but when doctors told her why her son’s name was removed from the list, she was shocked.

A man had just died in a car accident—and his liver was given to Daniel. Surgeons immediately performed the transplant on the tiny patient, who was the youngest person they had ever performed a transplant on. And after the eight-hour operation, Daniel’s family could breathe a big sigh of relief: everything had gone well.

“The only thing I could think of at first was the poor family. I was just so sad for them. And at the same time, I was glad for Daniel,” Melody told CBS.

Daniel will remain in the hospital until March, but his condition is constantly improving. I’m so glad that Daniel’s operation was a Christmas miracle—and that Daniel can grow up with a new liver.

Please share this article with your friends on Facebook so they can hear Daniel’s story and also remember the importance of organ donation.