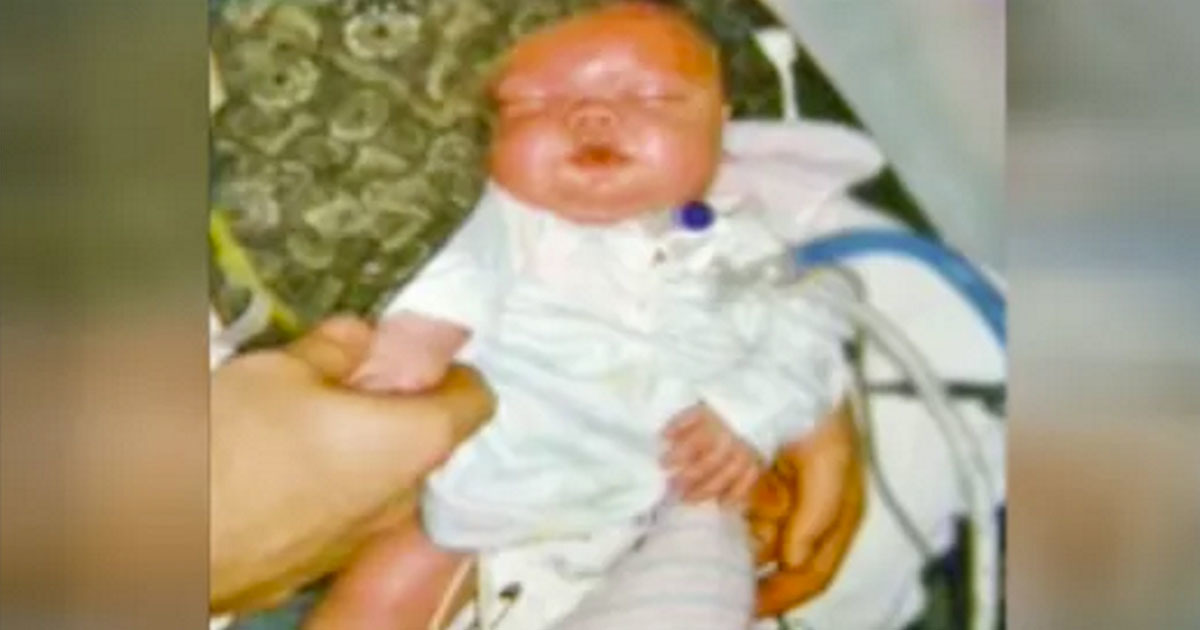 When Joel and Ginger Millermon found out they were going to have twin boys, the couple couldn’t have been happier. But little did they know, they were about to go on a journey they never could’ve prepared for. Their boys were born two months early, and as their lungs were undeveloped, the two preemies needed ventilators to help them breathe. But the same ventilator that was helping keep one of the boys alive was also damaging his lungs. Doctors told the parents to prepare for the possibility that their son wouldn’t survive, but the couple didn’t give up hope. They prayed that their baby would win the battle against against death, and now their story has left people all over the world in tears.

Joel and Ginger Millermon cried tears of joy when they found out that Ginger was expecting twin boys. But they had no idea of the journey that awaited them.

Seven months into her pregnancy, Ginger went into labor and gave birth to twin boys, Brennan and Jarrott. Since the boys were born two months early and their lungs were underdeveloped, they were put on ventilators. But doctors soon realized that the ventilator that kept Jarrott alive was also damaging his lungs. Joel and Ginger were devastated to learn that Jarrott’s chances of survival were close to zero.

“The nurse said, ‘You can’t touch him.’ His heart rate was out of control. He was overstimulated and the nurse said, ‘Just tell him goodbye.’ I stood over his bed just weeping and thinking, ‘I won’t see him again. This is it,’” Ginger told CBN.

For the next six months, Jarrott fought for his life. And when the boy’s condition didn’t improve, his doctors told Jarrott’s parents to prepare for the worst. That’s when Joel told Ginger that he didn’t think their son would survive. And it’s also when it hit the couple that God sometimes says no to people’s wishes.

“Sometimes, His plan isn’t what we want,” Ginger said.

The next day, Jarrott got a deadly virus and things looked bleak. Doctors repeated to Joel and Ginger that their son wouldn’t survive and gave the couple a solution. They suggested that they stop treating Jarrott and allow the boy to fall into a coma and pass away without pain.

Joel and Ginger continued praying even though doctors stopped treating their child. And amazingly, Jarrott survived the night. When doctors tested Jarrott’s blood the next morning, the results were the best he’d ever had. Despite Jarrott’s improvement, doctors told Joel and Ginger not to get their hopes up. Even if he survived he’d probably have a lot of health problems.

Watch the video below to see Jarrott enjoying his life today.

I was so touched by this story. Jarrott is a reminder that life can turn around—and we should never lose hope. Share this story with your friends if Jarrott’s story also moved you.