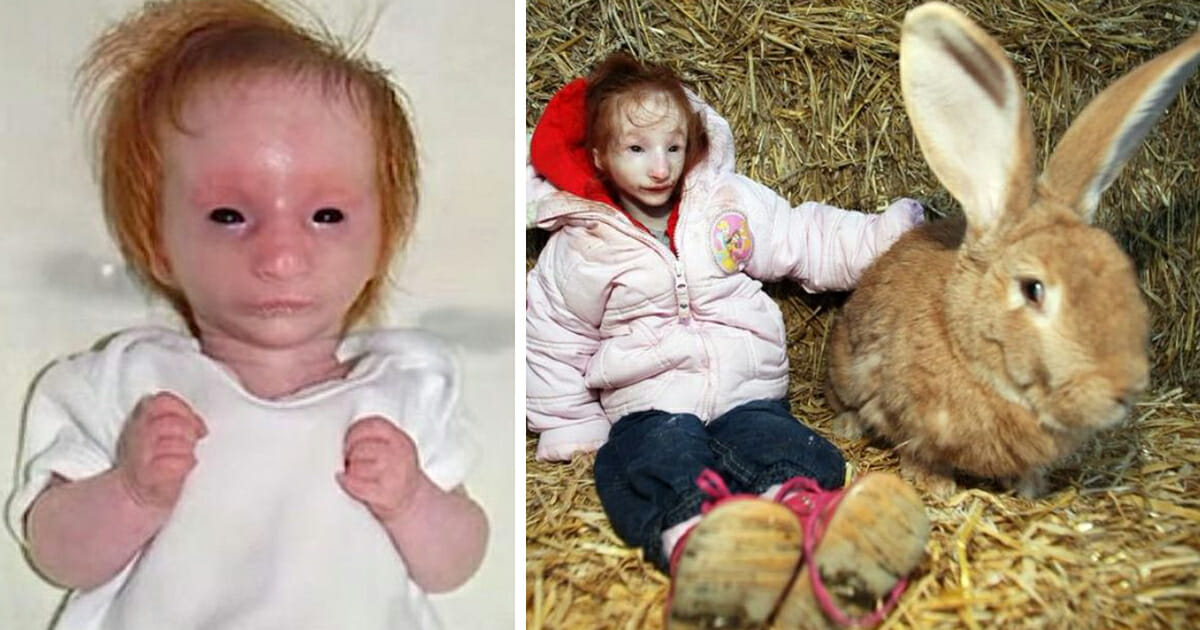 As an expecting mother, there can be nothing worse than learning there’s something wrong with your unborn child.

Even doctors advising you to have a c-section when you’d planned for a natural birth can be nerve-wracking, and in this day and age that’s nothing to really be concerned about.

When one woman from England went into labor a few weeks earlier than expected, she and her husband took a plunge into the unknown.

Little did they know their lives were about to change forever, and not in the way they’d anticipated …

Emma Newman and her husband Scott Garside already had three healthy daughters by the time Emma fell pregnant with a fourth. Nothing in her scans gave reason for alarm, and so the couple busily prepped to welcome baby number four.

“I was massive,” Emma said, “so we didn’t think there was anything to be worried about.”

In fact, there was no notion of something being amiss until Emma went into labor four weeks early.

“They examined me and said I was only 24 weeks pregnant but I’d already had scans and knew that wasn’t right,” she said.

“I started to panic.”

Doctors told Emma and Scott to expect a premature baby, only when they did she thought they meant a slightly underweight child.

By a sheer twist of fate, both of Charlotte’s parents carried the gene for an extremely rare genetic condition known as primordial dwarfism.

Primordial dwarfism is a very rare and dangerous group of genetic conditions that result in a small body size and other growth abnormalities.

To put into perspective just how uncommon it is, only 200 people are thought to have it … in the entire world. Charlotte’s variety didn’t even have a name!

Primordial dwarfs are born incredibly small, and don’t grow much as they age. The result is that they can look like tiny human dolls.

Of course, growing to just three feet tall has hardly been easy for Charlotte.

Weighing just two pounds at birth, Charlotte’s parents weren’t even allowed to hold her for days after she was born. She spent her first 13 weeks of life in the confines of the hospital, with doctors warning her parents she might not even make it to her first birthday.

Unfortunately, primordial dwarfs commonly suffer from a multitude of health problems, many of them relating to their unnatural size. Then, as they increase in age, the risk of dying from a sudden aneurysm remains high.

It’s extremely rare for a primordial dwarf to survive their teenage years, but Charlotte’s parents insist she’s a fighter. For her part, the little girl continues to flourish.

Today, Charlotte is just over two feet tall, and her sister describes her as being surprisingly tough, all things considered.

When people first meet her they are afraid she might break if they touch her – but she’s quite scrappy and doesn’t sit still for a second,” older sister Chloe explained.

“She loves tearing around the house and being thrown in the air.”

Instead of fretting about how much time they might have left with Charlotte, her parents have embraced her uniqueness and enjoy everyday activities.

“We’ve stopped thinking about the what-ifs, now we’re having the best time we can.”

For them, part of the fun of raising Emma is photographing her besides everyday objects the rest of us think are quite small. Next to Charlotte, however … well …

According to the latest update from a Facebook page that seems to be run by Charlotte’s parents, they write that their daughter is doing well. Earlier this year, she celebrated her 12th birthday.

”You are a true inspiration to a lot of people especially me your dad and sisters we love you with all our hearts. You have taught me that anything in life is possible as long as you fight for it we love you little girl 1 more year and you will be a teenager omg hope you have a wonderful day lots of love from mum dad and your sisters”, the page said.

Many have reached out to the parents and asked them to update about Charlotte’s situation. One person wrote that Charlottes fans would love to hear her voice and tell us what life is like for her.

”Charlotte can’t tell you what life is like for her due to her not having alot of speech which is the reason we don’t put videos of her speaking on here sorry”, her mom answered.

Two huge thumbs up to Emma and Scott, and a big congratulations to Charlotte for making it this far with a smile on her face.

You never know what life is going to throw at you, but you can always decide how you react to it.

If you feel inspired by Charlotte’s story, share this article on Facebook and spread some love and joy amongst your friends and family.