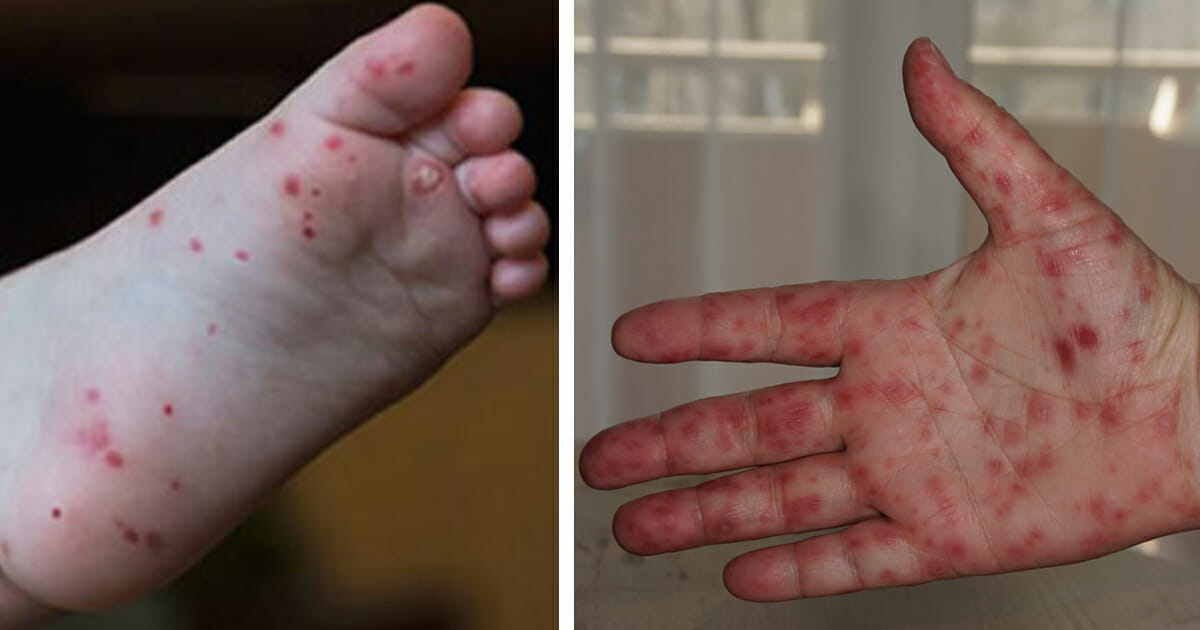 Doctors in Virginia have issued a warning over a viral illness outbreak, as per reports.

In a letter sent out on Wednesday, doctors in the Central Shenandoah Health District explained how the disease is affecting children.

Hand, foot, and mouth disease (HFMD) has been seen widely in the district in recent weeks, it has been claimed. According to sources, the illness primarily affects children up to age 5, although anyone can become infected…

Laura Kornegay, the district’s health director, told WAVY: “There were a total across the state of 376 emergency department and urgent care visits that a chief complaint or a diagnosis of hand, foot, and mouth disease. Or, they had symptoms consistent with that of the diagnosis.”

The Centers for Disease Control and Prevention explains that HFMD usually exhibits early symptoms such as fever, reduced appetite, and sore throat, with painful sores developing one or two days after the fever starts. The sores typically develop initially in the mouth.

“The problem with the disease is that with the blisters in your mouth it hurts to swallow,” Dr. Kevin Connelly told WWBT. “So children don’t want to eat…don’t want to drink. They have a risk of getting dehydrated.”

In some cases, the sores can be so bad that victims can no longer eat or drink. If this becomes the case, officials state they have to receive liquids intravenously.

Currently, there is no specific treatment for the virus, though sufferers are encouraged to take over-the-counter medication in order to relieve symptoms and pain.

I certainly didn’t know much about how HFMD affects children, so I’m thankful for the warning.