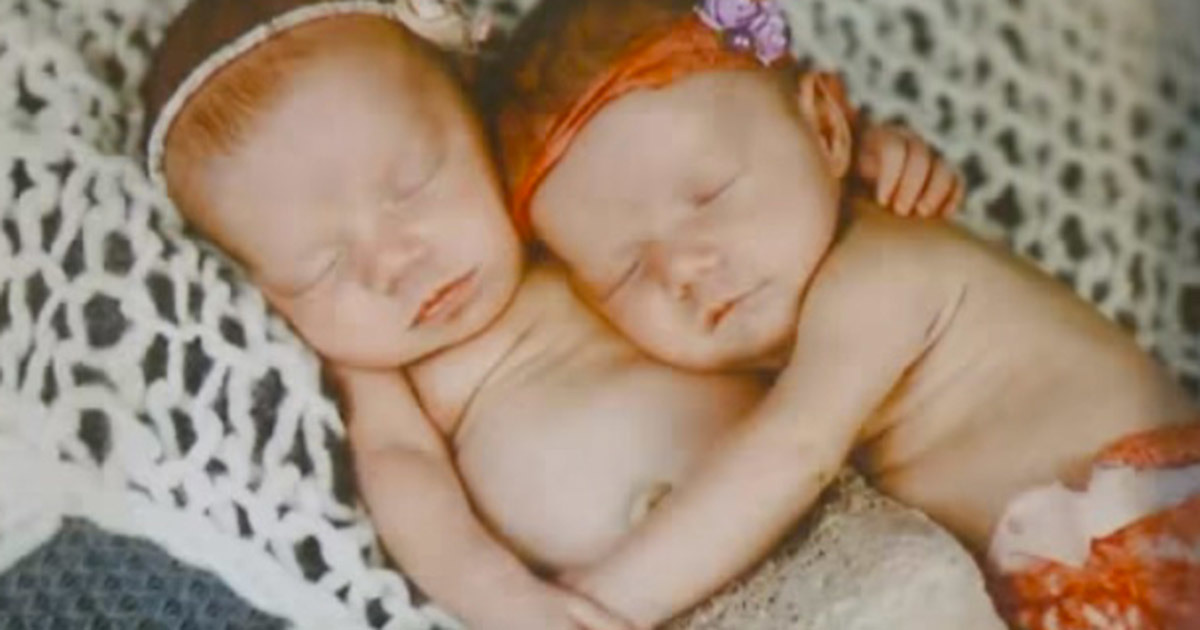 Sarah and her husband Bill Thistlewaite dreamt of expanding their family and giving their son Jackson a sibling. But heavy news befell the couple instead: after multiple attempts and visiting the doctor, they were informed that they could not have more children.

But their sorrow soon turned to joy when the doctors predictions turned out to be untrue: Sarah was pregnant. Not only was she pregnant, but she discovered at 19 weeks that she was carrying twins. And these were no ordinary twins.

To make the situation even more incredible, the twins were of a very rare kind: they were monochorionic, meaning that in addition to being identical, they shared the same placenta and inner amniotic sac. Monochorionic twins are rarely born, making up only about 1 in 10,000 births.

Premature at week 33, girls Jenna and Jillian were born. Just seconds after their birth, a photo of the very special twins began to spread, quickly touching millions of hearts.

And understandably so. The photo features something remarkable: the girls were born holding hands.

“Everything was just so wonderful. The girls came out and then they were holding hands, which was crazy,” Sarah told Fox News.

Due to the high-risk pregnancy, Sarah remained in hospital for nearly two months after her deliver. Doctors were worried about the twins and could not guarantee that both would survive. But over time, Jenna and Jillian grew stronger and stronger and the entire family eventually returned home.

A year later Sarah describes how the girls are just as close as they were in her womb.

“They always play together. Wherever one travels to, the other one usually travels to. So I think they’re still really close,” she says to Fox News.

The girls are inseparable. They do almost everything together.

“When one cries, the other one cries,” says Sarah.

Jackson, at 2 years, is the proud big brother and loves playing with them.
“He loves the girls. (…) Loves to give them kisses, and if they’re crying, he’s over there patting them on the back,” Bill tells Fox News.

“Now, I can’t picture not coming home to them every day and seeing them smile and come at you every time you walk in the door. They’ve been great, more than I could have asked for,” Bill says.

What a wonderful story! I have a friend who’s expecting twins and will definitely be sending this to her! If you too were touched by the wonderful image of the newborns holding hands, feel free to like and share this story, too!