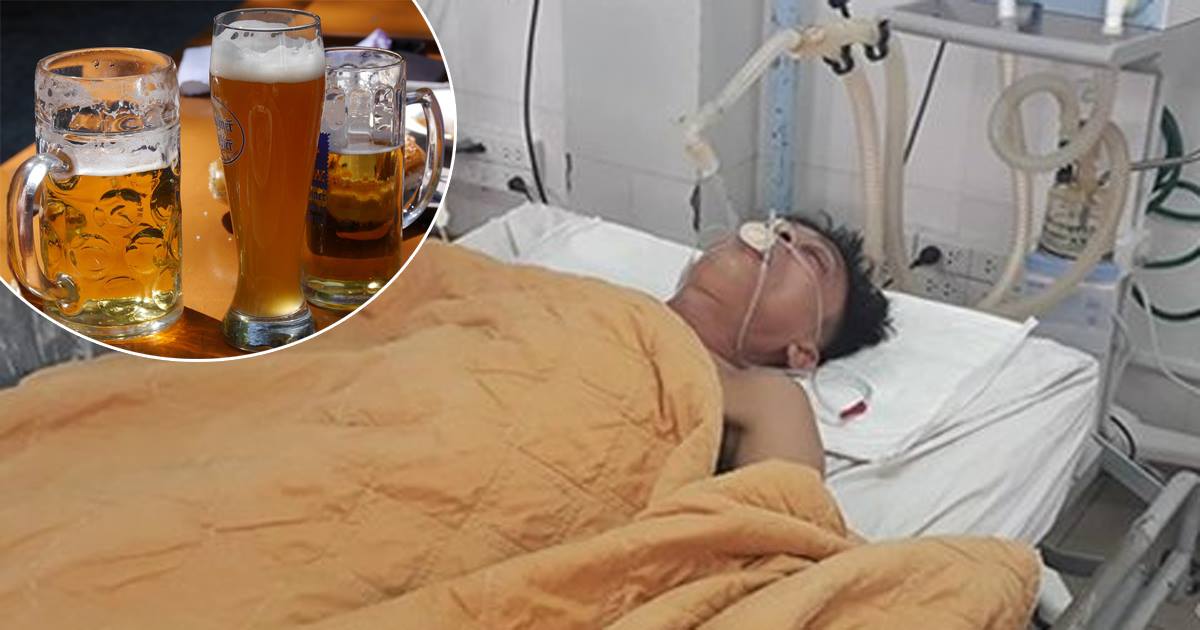 We’ve all been there before when it comes to drinking too much beer.

But have you ever heard of someone having to have beer pumped into their body in order to stay alive?

No? Me neither … until now.

A Vietnamese man, Nguyen van Nhat, drank so much on a night out that hospital staff had to pump beer into him to keep him alive, according to TheLadBible.

As per reports, the man was rushed into the ER and doctors immediately realized his life was in danger.

The head of the hospital’s intensive care unit, Dr. Le Van Lam, explains that booze comes in two different forms, methanol and ethanol. It’s the latter that the human liver breaks down first, before getting to work on the methanol.

In Nguyen’s case, he lost consciousness when the methanol in his system oxidised to create formaldehyde, which in turn leads to the creation of formic acid. Dr. Le Van Lam revealed that the methanol levels in Nhat’s blood were 1,119 times higher than the average limit, with doctors forced to pump five litres of beer (15 cans) into his stomach in order to give them time to perform dialysis and prevent the formaldehyde becoming formic acid.

Whilst adding beer to one’s system might not seem like a conventional way of saving them, it’s actually not a new practise.

Hans-Jorg Busch, of the University Hospital of Freiburg told German press Agency dpa: “The therapy with 15 cans of beer is rather unusual, but well understood. Maybe the Vietnamese colleagues had no other alcohol on hand.

“Much more important (than the kind of alcohol used) is that the therapy is immediately initiated.”

So, Nguyen lives to fight another day (or drink another beer, as it were). Hopefully he’s learned his lesson and might take it a little easier on his next night out.

Hit the share button so all your friends can see this important information!