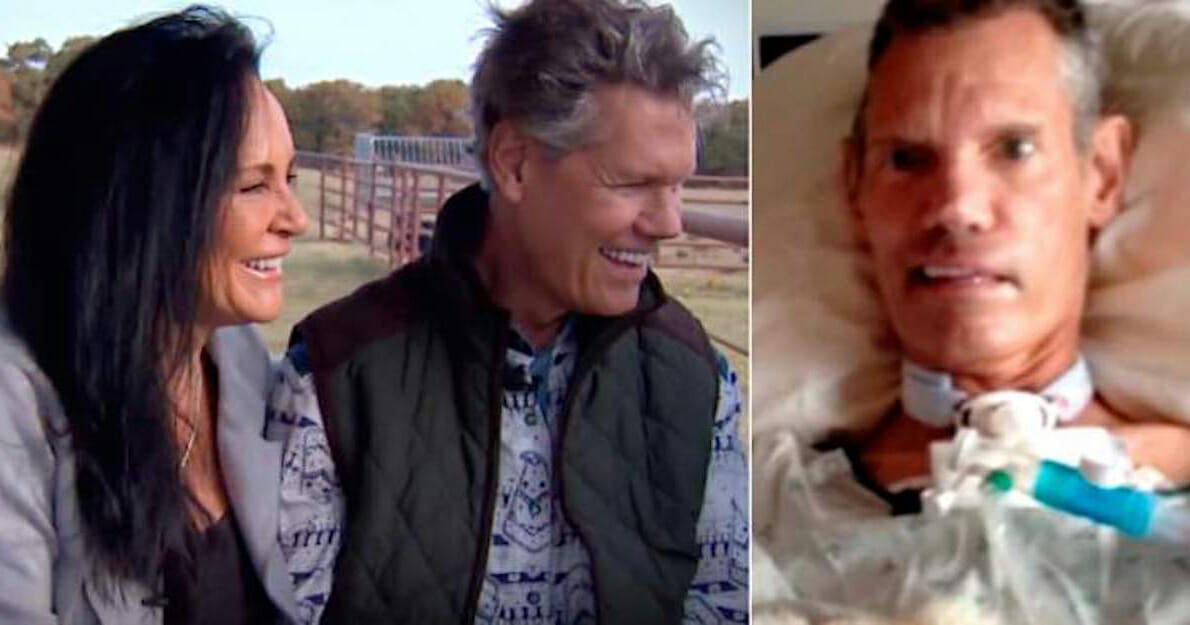 Making meaningful decisions is never an easy task. I often have problems with them myself. I flit between pros and cons until my brain hurts, then usually end up making the wrong choice anyway.

That said, I’ve never *touch wood* had to make a life-or-death decision, as Country Music hero Randy Travis’ wife was one day forced to do.

One fateful day, in July 2013, Randy suffered a stroke and ended up in a coma.

The doctors said that his chances of survival were low, and that, as a result, there was little point in continuing their efforts to sustain his life.

His wife, Mary Davis Travis, had the option to simply shut down the life-support and let her husband fall asleep. The doctors put the question directly to her. What did she want to do?

However, she chose to break all the normal rules. Instead of following the norm and listening to doctors, she elected to do something completely different.

The experts might have given him just a 1 to 2% chance at surviving, but Mary knew her husband was a fighter. For her, turning off the respirators was simply not an option.

“I prayed hard, ‘God, please let me have him back, any way, shape or form,'” May recalls saying, as per USA Today.

Randy remained in a coma, entangled in a bed of wires, but Mary never once considered switching his machines off.

Then, one day, the miracle presented itself. Randy woke up.

Yet, though he survived, the musician was not without his alterations. Both his speech and his ability to move had been impacted, and he was forced to undergo extensive rehabilitation to improve his condition.

In typical fashion, neither he nor Mary gave up. Four years after his dice with death, and with exhaustive efforts at recovery, Randy finally took to the stage to sing again.

Watch the video below to see Randy singing for the first time:

Standing by the side of your loved one isn’t always as easy as you might think. But, if you struggle through the bleakest times, the future is ever brighter.

Please share this article with your friends on Facebook. Proof that it’s always darkest before the dawn!