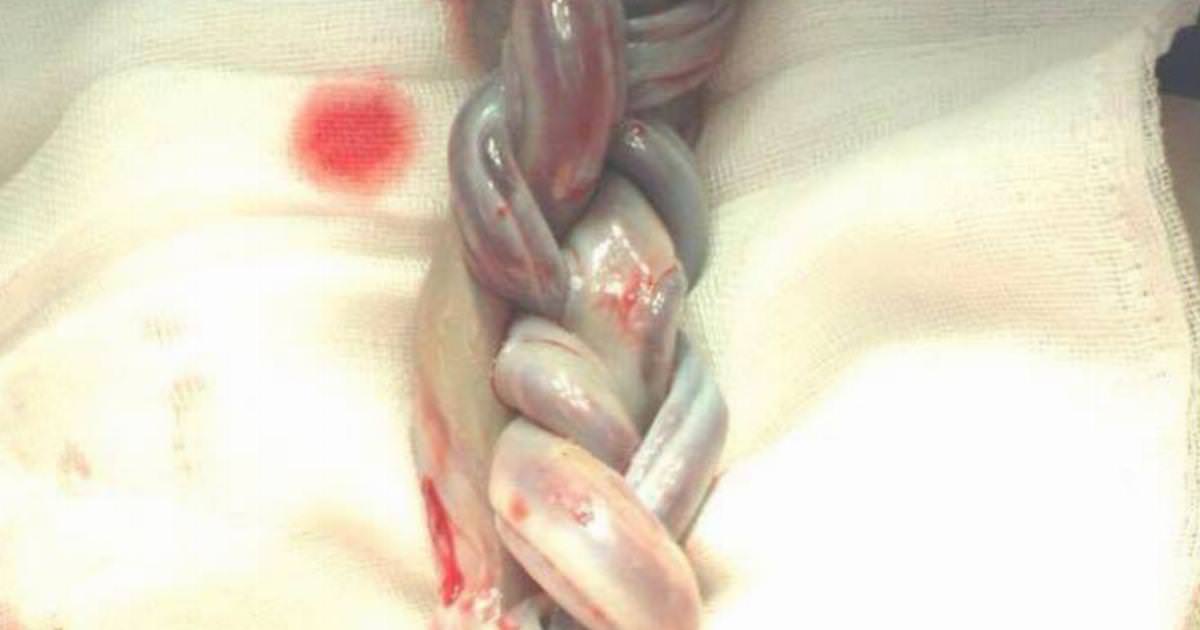 When Kate Lucas and her husband found out that they were expecting a child, they were overjoyed.

A few weeks later they went to their first ultrasound and the doctor joked: “Let’s take a look at the heartbeat and find out if there’s more than 1 in there!”

It didn’t take long before the doctor lifted up her hand and showed two fingers.

“There’s two in there!,” the doctor revealed happily.

But unfortunately it wasn’t all good news…

The ultrasound showed that the twins had first seperated at around 8-13 days after conception, which meant that there was no protective membrane between the two children.

The girls were monoamniotic twins, which means that – as well as being identical twins – they also shared a placenta and inner fetal sack.

The pregnancy was high risk, because it becomes very crowded in the mother’s belly. Doctors gave the twins a 50% chance of survival.

Disturbingly, Kate’s doctors advised her to keep the pregnancy secret, because the children “probably wouldn’t make it”.

Kate immediately switched doctors – there was no way she was going to give up on her children. Her little angels were born at 28 weeks, after Kate had spent five weeks at the hospital.

The girls were born via cesarean, and at first everything seemed fine. But when hospital staff saw the umbilical cord, a worried silence spread across the delivery room.

They discovered that the umbilical cords were tightly braided together! For the doctors it was completely unbelievable that these tangled cords hadn’t harmed the babies.

The doctors called it a miracle – but it didn’t end there.

The twins were also tiny and underweight, since they had been born so early. But luckily, they were both healthy.

They had been born just in time. If the umbilical cords had stayed that way for much longer, the twins wouldn’t have survived.

Suprisingly, the girls didn’t need intensive care after their birth and spent just a few days in the hospital. The girls were allowed to go home much earlier than most premature babies.

Harper and Cleo are now 10 years old and are extremely close, despite their very different personalities.

They didn’t just survive an incredibly risky birth, they’ve also had no difficulties since then. Talk about a miracle!

These two girls and their journey are really something out of the ordinary, and their story has inspired many parents who have found themselves in the same situation. Maybe mom Kate’s unbeatable positivity and determination played a role? It certainly didn’t hurt, in any case.

Share this miracle story to help us wish the girls all the luck in the world for the future!