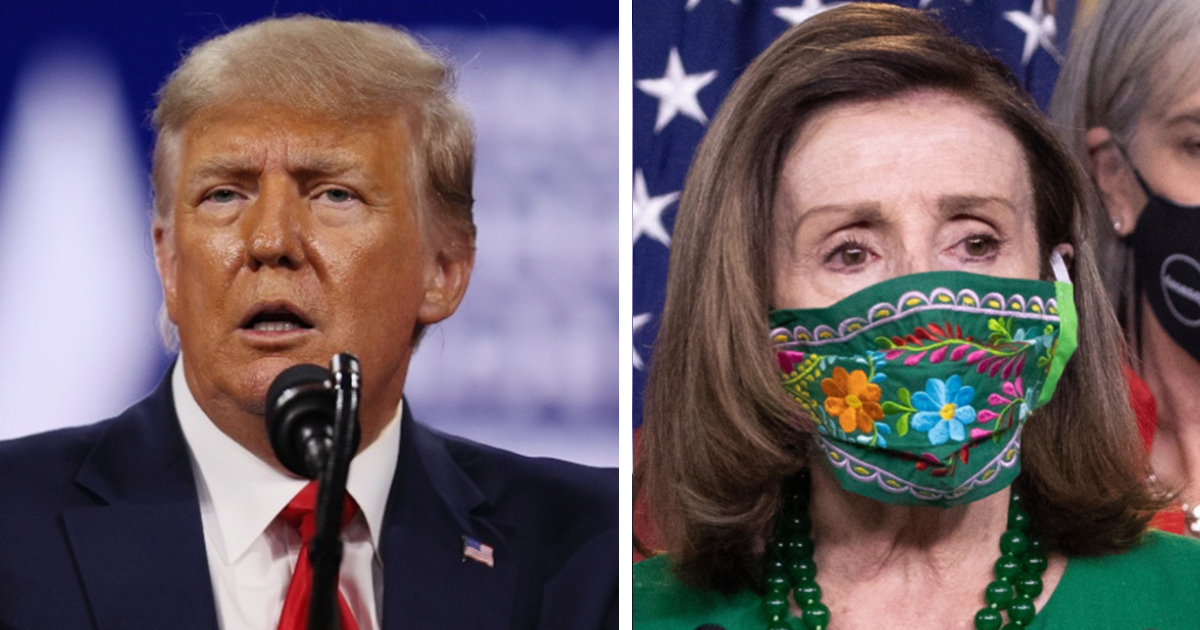 Given the rhythm of controversy that marred much of Donald Trump‘s reign as President of the United States, it’s not all that surprising that the crescendo was saved for his final weeks.

The violence that unfolded at the Capitol Building on January 20 will live long in the memory and even longer in the history books. It was a day that took the values of American democracy and waved them over an open fire.

Just who is to blame for the riots differs on who you ask, but the common denominator no matter which way you slice the pie is Trump.

The former POTUS was widely condemned in the aftermath of the Capitol trouble. Accusations that he had riled up his supporters with the months-long war against the results of the 2020 presidential election were widespread.

Indeed, it wasn’t only sections of the general public who cited Trump’s involvement; a second impeachment was brought against him by those with the power to truly make a difference in Congress.

And yet Trump himself has predictably denied any wrongdoing, and his supporters have fallen back on the idea that since he did not specifically order his followers to attack the Capitol Building (despite encouraging them to protest) he can’t be to blame.

In any case, the matter is largely water under the bridge now, particularly since Trump avoided conviction in the aforesaid second impeachment, freeing him to make whatever moves he sees fit in the political arena moving forward.

With that in mind, a run for president again in 2024 is looking increasingly likely. In the aftermath of Joe Biden’s inauguration as his successor on January 20, Trump retreated to the confines of his Mar-a-Lago resort in Florida.

There, he licked his wounds and passed time in uncharacteristic silence (even if that was in part forced by the blocking of his social media channels). Rumours were rife as to what his next move would be, but the man himself was content to let the speculation mill turn.

On Sunday, Trump took the stage at the Conservative Political Action Conference in Florida to give the first proper speech since his acrimonious departure from the White House.

As was perhaps to be expected, his words provided the fodder for any number of headlines around the world. Trump used his time to attack Biden’s administration, labeling his successor’s first month in office as the worst of any president in modern history.

“They’re cheating the next generation of Americans out of the future that they deserve, and they do deserve this future,” Trump said. “They’re going to grow up and they’re going to have a scar.”

On top of that, he also dropped arguably the biggest hint yet that he is planning on staying in politics.

“Who knows?” he said. “I may even decide to beat them [the Democrats] for the third time.”

So laden with talking points was Trump’s speech, that some offerings from the conference that would otherwise have been leapt on by the media slipped under the radar.

One such offering was his views on the events that unfolded on Capitol Hill on January 6. Trump had held a rally to promote his version of events – that Joe Biden and the Democrats had swindled he and his out of the election – and in the eyes of many it was this rally that spilled over into the riot.

Trump, though, speaking in an interview with Fox News, shortly after his CPAC speech, challenged that view.

Of his pre-riot rally, Trump said:

“The press doesn’t like to talk about it, but the real number was much, much bigger. It was tremendous numbers of people, not the Capitol, I’m talking about the rally itself, and it was a lovefest, it was a beautiful thing.”

The former POTUS also claimed that he had requested 10,000 National Guard soldiers to be in attendance, as he knew there would be “hundreds of thousands of people” at his rally.

“They took that number, they gave it to people at the Capitol – which is controlled by Pelosi – and I heard they rejected it because they didn’t think it looked good, so you know that was a big mistake.”

He also went on to condemn the violence at the Capitol Building, but questioned whether double standards were at play.

What do you think to Trump’s claim that Nancy Pelosi was to blame for the violence at the Capitol Building?

Let us know your thoughts on Trump and all that he said in his speech at the weekend’s conference in the comments box.