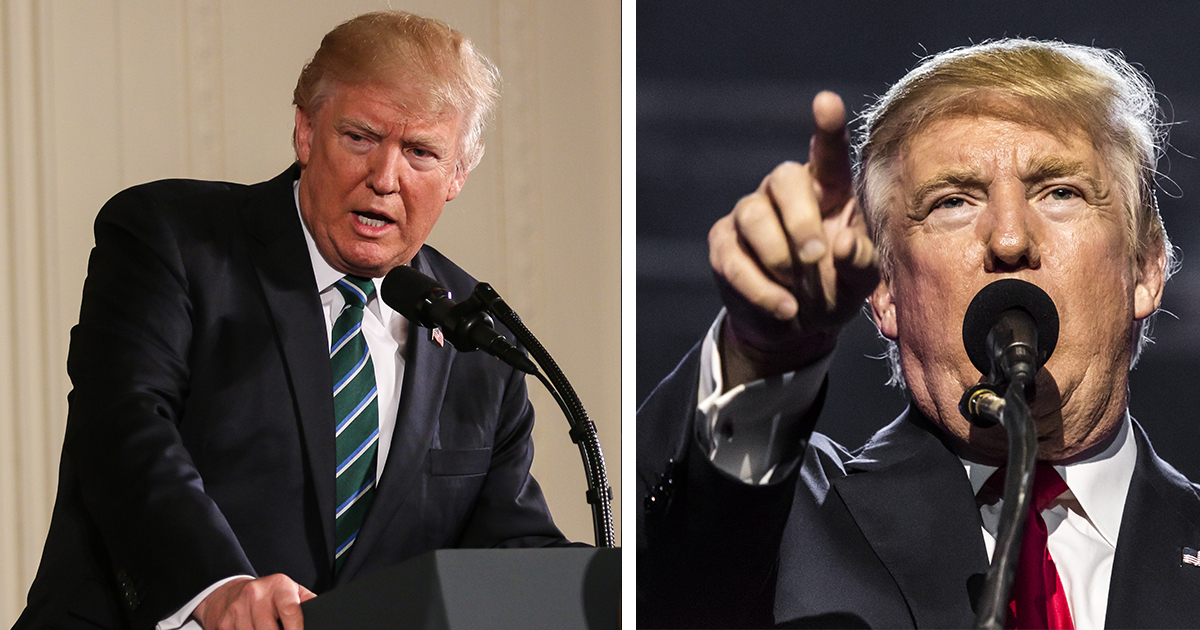 Donald Trump will go down in history for many things, but should his second impeachment trial go against him, the result could overshadow all.

The former President of the United States is currently licking his wounds in Florida after losing the 2020 election to Joe Biden, but there yet remains one huge controversy hanging over his head.

The Capitol Hill riots that took place on January 6 not only showcased the ugly truth about America’s struggles with itself of late, but also elevated Trump in the eyes of many when it comes to how dangerous he was/could have been.

Depending on which side your political bread is buttered, Trump is either an impassioned leader fighting to right the wrongs of a false election, or a man who quite literally tried to cheat his way into retaining power in the White House.

This split also pertains to how guilty Trump may or may not be with regards his perceived role in the aforesaid riots.

While it might be difficult to prove that Trump directly marshaled an attack on the Capitol Building, there remain many who believe that he is responsible for winding up the perpetrators like a spring before turning them loose.

Indeed, the 74-year-old held a speech in Washington just hours before the events unfolded on January 6 – events, may we remind you, that claimed the lives of five people.

In the wake of the riot, various political figures singled out Trump as the instigator of the violence, and he was formally charged with “incitement to insurrection” and impeached for a record-first second time.

Fast forward to now and Trump’s second trial is set to begin today (February 9, 2021). From the outside looking in, it looks unlikely that a conviction will be secured, since all but ten House Republicans voted not to even take Trump to trial.

And yet there remains a chance, and perhaps nowhere will the battle to prove Trump’s innocence or guilt be fought where the words “fight like hell” are concerned.

Those three words – which Trump said to his followers while on his campaign to convince them that Biden had cheated his way to victory in the presidential election – look destined to be a point of bitter contention.

The prosecution are set to use them to try and prove Trump urged his followers to attack the Capitol. As per a 78-page memo released on Monday, however, Trump’s defense lawyers are also going to use the words as part of their strategy to get him off.

The former POTUS’ lawyers write that Trump “did not urge anyone to commit illegal acts” and that he is not responsible for acts committed by “a small group of criminals”.

Further, they allege that Trump is merely the victim of a piece of “political theater” staged by Nancy Pelosi.

Trump’s lawyers claim: “This trial has never been about the administration of justice. Instead, it was a selfish attempt by the Democratic leadership in the House of Representatives to take advantage of the feelings of terror and confusion that plagued Americans across the political spectrum when they saw how the Capitol was destroyed on January 6 by a few hundred people.”

The Democrats – and their prosecution team – naturally disagree. Responding to the defense submission, they wrote that it was “naive” to say Trump is in no way responsible for the riot that played out.

“When President Trump asked the armed and angry masses to ‘fight like hell or otherwise you will have no country left’, he did not urge them to form political action committees on election security in general”, they write.

And yet the hill the Democrats face if they are to successfully convict Trump is a steep one – and at this point securing such a conviction looks unlikely, no matter how warranted.

For Trump to be convicted, a two-thirds majority in the Senate is required. That is to say 67 out of 100 senators must vote against him. As already touched upon, that means that 17 Republicans would have to change their minds.

Interestingly, speculation has risen this week over whether or not Trump could run for president again in 2024. He still has a large majority of followers within the U.S., and his influence over the Republican party is yet overwhelming.

What do you think is going to happen in Trump’s impeachment trial? Do you think that he deserves to be convicted?

Do let us know your thoughts on the former president and how the Capitol Hill riots played out in the comments box on Facebook – we will always encourage healthy debate.