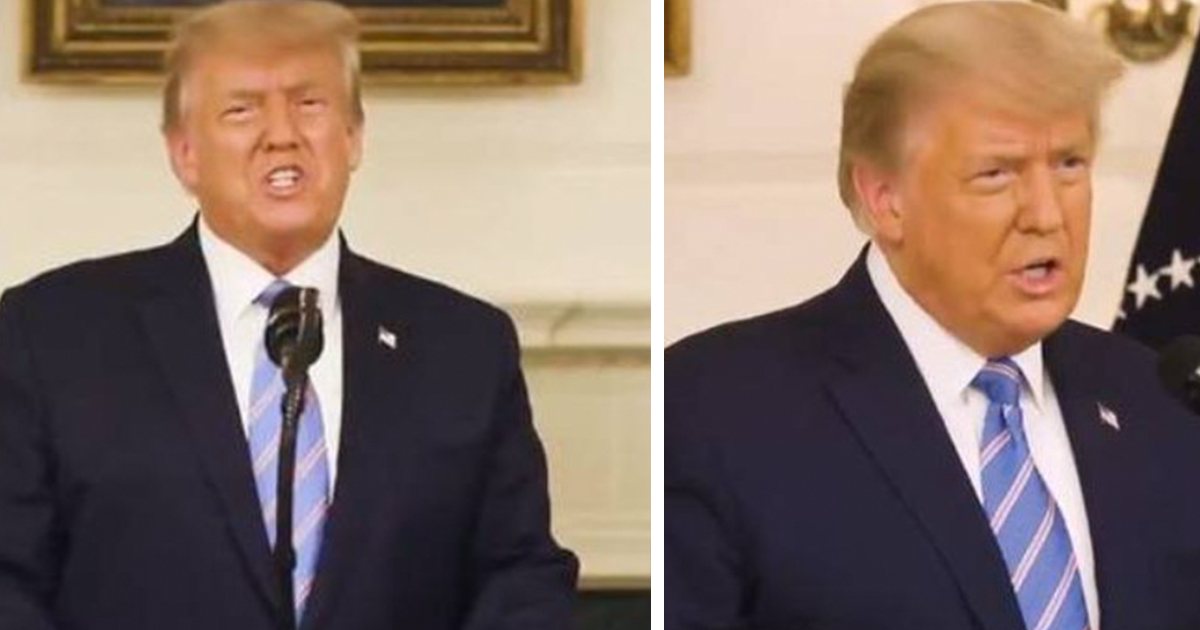 President Donald Trump has finally conceded defeat to Joe Biden in a new video where he also condemned the violence that took place on Capitol Hill on Wednesday.

Following having been blocked from his social media accounts after tweeting throughout the storming of the Capitol Building, Trump released a video stating his intentions to ensure a “smooth, orderly and seamless transition of power.”

Protestors incredibly battled their way inside the Capitol Building on Wednesday, January 6; the same day Congress was scheduled to certify Joe Biden as the 46th president of the United States.

The ensuing rampage made headlines all over the world, with a number of high-profile US figures – including many politicians – calling for Trump to be removed from office.

In response, Trump appeared to change his tune somewhat as to his views on those who had marched on the US Capitol in response to what they perceived to be a “stolen” election.

In the video released on Twitter, Trump said: “I’d like to begin by addressing the heinous attack on the US Capitol. America is and must always be a nation of law and order.”

He added: “We have just been through an intense election and emotions are high but now emotions must be cool.”

The soon-to-be former POTUS, who controversially offered a “loving” message to the protestors who stormed Capitol Hill on Wednesday, then said:

“Like all Americans, I am outraged by the violence, lawlessness and mayhem. America is and must always be a nation of law and order. The demonstrators who infiltrated the Capitol have defiled the seat of American democracy. To those who engaged in the acts of violence and destruction, you do not represent our country. And to those who broke the law, you will pay.”

Trump and his campaign team have until now vehemently refused to accept the results of the 2020 Presidential Election, alleging voter fraud and ballot rigging.

Any and all legal cases have been swiftly put down, however, with no shred of evidence put forward.

Trump said: “My campaign vigorously pursued every legal avenue to contest the election results. My only goal was to ensure the integrity of the vote.

“In so doing I was fighting to defend American democracy. I continued to strongly believe that we must reform our election laws to verify the identity and eligibility of all voters and to ensure faith and confidence in all future elections.”