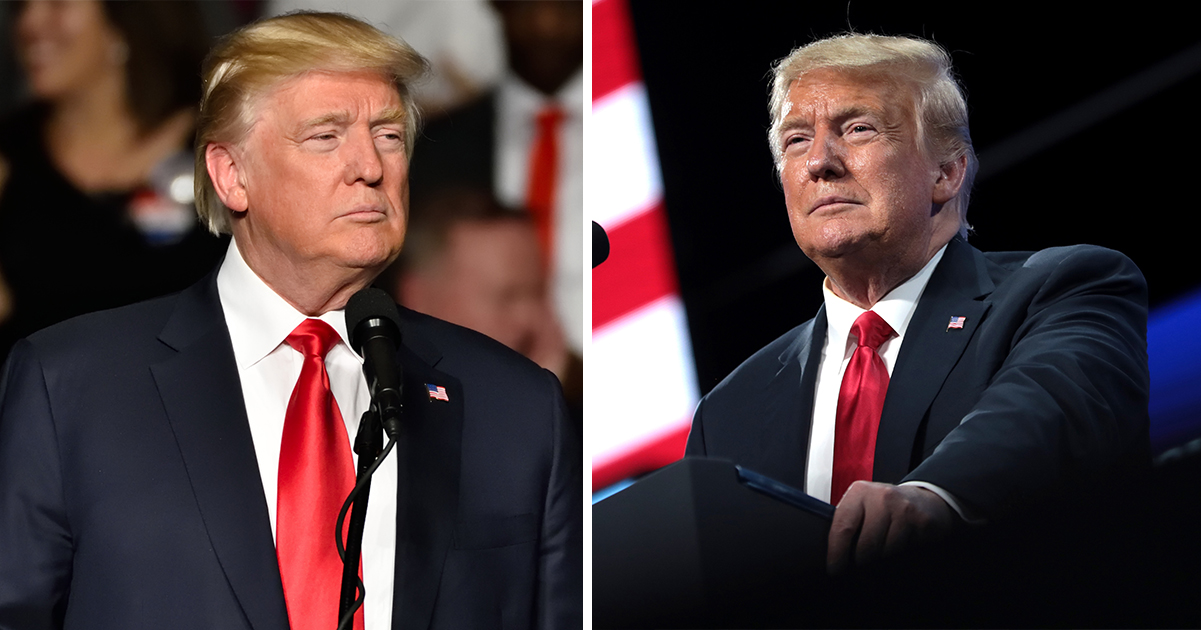 The road back to the White House is likely to be a long and winding one indeed for Donald Trump and his supporters.

The 75-year-old was ousted from the position of President earlier this year by Joe Biden and left Washington to a fanfare of wild claims and accusations that threatened the very bedrock of American democracy. Claims he, it must be said, orchestrated.

One could say that Trump’s departure from the White House was typical of his reign – explosive, headline-stealing, and perhaps above all else controversial.

Since stepping down, however, he’s largely remained silent, content to lick his wounds from the comfort of his Mar-A-Lago resort in Florida. Much of his relative silence can be put down to his ongoing ban from almost all popular social media channels, but his apparent hiatus from the public has done very little – if anything at all – to dampen Trump-fever.

In fact, speculation has been rampant over the past few months as to whether or not The Donald could and would run for President again in the 2024 elections.

In the immediate aftermath of his loss to Biden there was a genuine sense that the Trump locomotive had reached the end of the line, and that Trump himself might fade into the annals of history as one of the most opinion-splitting presidents the US has ever had.

Indeed, when Trump fell back on claims that the election had been rigged in the Democrats’ favor, going as far as to suggest the only reason he had lost was a behind-the-scenes conspiracy hellbent on keeping him out of office, it truly looked as though there was no way back. Not for him, at least.

Not only that, but Trump was impeached for a second time in the aftermath of the Capitol Hill riot that took place on January 6. Shortly before that impeachment, the rumor-mill even put forward the notion that the Republican chief might be barred from running for president ever again even if he wanted to.

Trump has lived his entire life defying the odds and obliterating the expectations and obstacles placed in his path by his many detractors.

Fast forward to present, and not only can Trump run for president again if he so chooses, but there’s every chance he’ll win if he does. Make no mistake, he remains far and away the strongest Republican candidate, and with growing unrest concerning the way things are going with the Biden administration, only a fool would overlook Trump’s potential to capture the imaginations of the masses.

At the same time, the naysayers have been out in force, especially since Trump seems to have confirmed, without officially confirming, that he may well be taking part in the next election.

Back in April, Trump was not especially cryptic about his future plans, teasing a return to politics in the future.

“The answer is I’m absolutely enthused,” Trump said. “I look forward to doing an announcement at the right time.

“As you know, it’s very early. But I think people are going to be very, very happy when I make a certain announcement,” Trump added. “You know for campaign finance reasons, you really can’t do it too early because it becomes a whole different thing.”

Longtime Trump adviser Jason Miller also claimed that Trump will most likely run for President in 2024.

At the time, he added: “I had a good conversation with him last night. I’m going to go see him in another couple of days here. He has not said the magical words to me, but if you talk to him for a few minutes it’s pretty clear that he’s running.”

Of course, that’s not to say all are sold on the idea that Trump will endeavor to make the Oval Office his once more.

Recently, former White House aide Omarosa Manigault Newman claimed that Trump might not even be in good enough physical condition to even run for President in 2024.

Speaking on MSNBC, as reported by The Hill, she suggested that Trump would benefit from speaking about how he’s actually feeling.

“I think, going into 2024, I’m really more concerned that Donald Trump hasn’t come forward and talked about his health,” she said.

“I don’t know if he will even be healthy enough to run in 2024, and I think he needs to come clean to the American people about where he is on that before getting into a very stressful and strenuous race for the White House.”

That particular sentiment was echoed by Trump’s niece, Mary.

“Remember, he’s 75, not in good health, and there are the criminal investigations into him,” she told Business Insider. “Hopefully, something will interfere with his ability to run but, if all things are equal, he will.”

One very much gets the feeling we’re standing on a cliff as regards Trump’s decision, just waiting to see whether or not he will take the plunge for a second time. If he does, it makes sense to assume the rest of the world will again be dragged along with him.

On that note, it would appear we have something of an update as to his intentions.

On Saturday, Trump made a return to Iowa for the first time since the 2020 presidential election. There, he told a crowd of cheering supporters that “we’re going to take America back.”

Thousands gathered at the State Fairgrounds in Des Moines to hear Trump slam President Biden and claim that the Democrats are leading the country to the “brink of ruin.”

His speech, which lasted 90 minutes, was perhaps best encapsulated by his promise that “we’re going to take America back.”

Trump, who now has a higher rating amongst Iowans than he did when he was in the White House, continued to voice complaints about the running of the 2020 election and urged the crowd to get out and vote in the 2022 mid-terms.

“We must send the radical left a message they will never forget,” he said.

Interestingly, for what little it’s likely worth, Trump could face pushback in his bid to become two-time President of the United States from none other than his own wife and mother of his youngest son, Melania.

As per reports from earlier this year, the former First Lady isn’t half as enthusiastic as her husband when it comes to relocating to Washington again to manage the country.

CNN sources have said that Melania has made it clear to several of her friends that she doesn’t want to be First Lady again, and instead longs for a more private life than the White House could possibly afford.

“Being the First Lady again is not what she wants,” one person close to the Trump family told CNN.

I don’t know about you, but I think Trump is almost certainly going to run for president again at the next time of asking. Not only that, but I also think there’s a very good chance he’ll win.

What did you think of Trump’s last tenure in the White House? What do you think of the job Joe Biden and Kamala Harris are currently doing? Who will you support if Biden and Trump go head to head once more in 2024?

Let us know your thoughts and opinions on all things Trump in the comments box on Facebook. Meanwhile, share this article on Facebook so the debate can continue and more people can get involved.