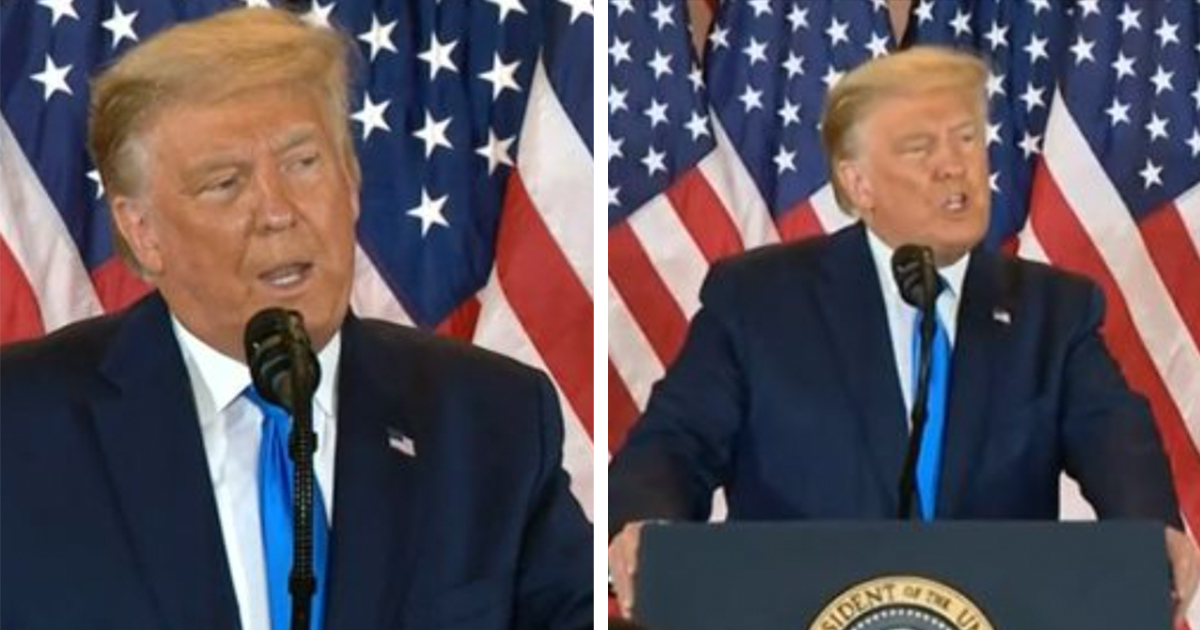 President Donald Trump has claimed that he has already “won the US presidential election”, despite the fact there remain several States left to be counted.

As per reports, Trump, speaking from the White House, went on to say that it would go down as one of the biggest frauds in American history if he isn’t named the winner.

“We were getting ready for a big celebration,” he said. “We were winning everything.

“This is a fraud on the American public. This is an embarrassment to our country.

Trump demanded that “all voting be stopped”, despite there being no evidence whatsoever that votes have been cast after the polls were closed.

In any case, his output of divisive, head-scratching comments is nothing new, and rather more symptomatic of the four years he’s had in office.

The 74-year-old also threatened to go to the supreme court after alleging that the Democrats had somehow stolen votes. He said: “We will be going to the US supreme court. We want all voting to stop.”

The current POTUS also tweeted: “We are up BIG, but they are trying to STEAL the Election. We will never let them do it. Votes cannot be cast after the Polls are closed!”

His bold claim that he has already won the election is, of course, at odds with the facts. Millions of votes in key states such as Michigan, Georgia, and Pennsylvania are yet to be counted, and the margins separating Trump and Joe Biden are yet tight.

For his part, Joe Biden also seems confident of securing a place in the White House. He told a crowd of supporters Delaware: “We feel good about where we are. I’m here to tell you tonight we believe we’re on track to win this election.”

Believe they might, but the Democrats certainly took a hit last night when Florida voted for Trump. Earlier reports had labelled the state a ‘must-win’ for the Republicans, with talk in the build-up being that it could well swing for Biden.

Regardless of your political views, I think we can all agree that this is one of the most enthralling election races in history.

What do you think about Donald Trump’s comments? Let us know in the comments box below.