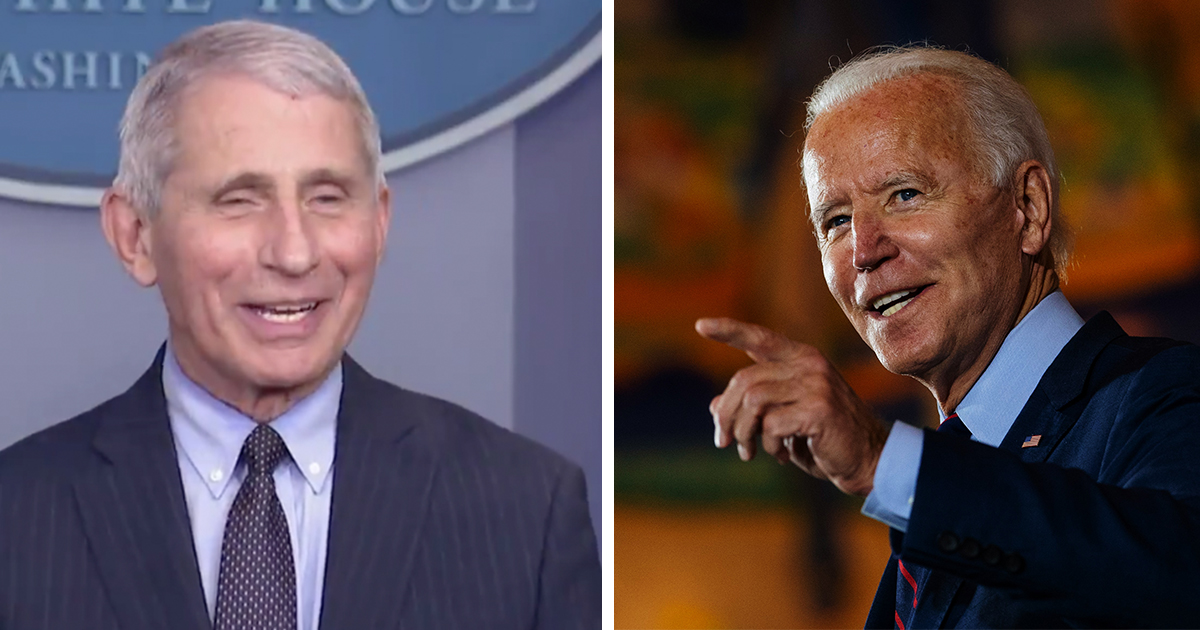 Dr. Anthony Fauci has spoken of the liberating feeling he has serving under President Joe Biden compared to the sour relationship he shared with Donald Trump.

Fauci and Trump’s clashes regarding the best way to handle the COVID-19 pandemic have made headlines for the past year, but on Thursday Dr. Fauci, serving as Chief Medical Advisor to the president, made a triumphant return to the White House briefing room.

As per CNN, Fauci said: “I can tell you, I take no pleasure at all in being in a situation of contradicting the President.”

Referencing the way in which he was forced to tip-toe around Trump’s temper tantrums and do his best to ensure vital information was getting out there to the mass public, he said:

“The idea that you can get up here and talk about what you know, what the evidence, what the science is — let the science speak. It is somewhat of a liberating feeling.”

Fauci has served no less than seven U.S. presidents, though undoubtedly his biggest body of work to date in that capacity was as part of Trump’s coronavirus task force.

The infectious disease specialist was part of the team that helped form the thus-far chaotic response to the pandemic, but was then ignored and sidelined when things began to go awry.

As per reports, Trump and Fauci were at loggerheads with regards to how best to approach the COVID-19 pandemic, and how best to keep the American people informed.

Their relationship had deteriorated so badly that at one point Trump is said to have been considering firing the 80-year-old altogether.

On Thursday, however, things were markedly different. He and President Biden shared a warm greeting, before the latter put pen to paper on a number of executive actions to help combat the pandemic.

“If things go wrong, not point fingers but to correct them. And to make everything we do be based on science and evidence.”

As for the guessing game that’s been played in the White House for the better part of the last four years whenever a difficult situation rears its ugly head, Fauci said: “One of the things new with this administration is if you don’t know the answer, don’t guess.

What do you think about Dr. Anthony Fauci and his role in tackling the COVID-19 pandemic? Let us know your thoughts in the comments box.

Meanwhile, share this article on Facebook if you’re praying he and President Biden can have a prosperous relationship moving forward.