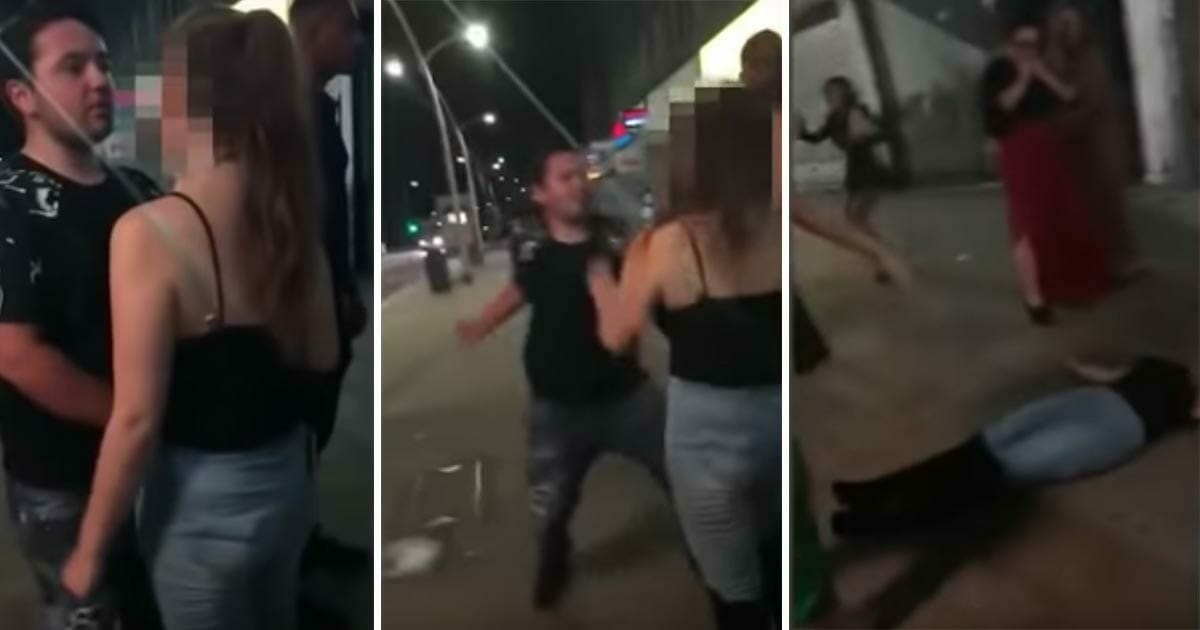 It seems incredible that in the 21st century sexist violence still exists. Sadly it does, but in today’s world where mobile phones are ready to capture all, it’s easier than ever to make an example of those seeking to bully and intimidate others.

One of social media‘s biggest advantages is it’s ability to circulate stories quickly and efficiently, effectively ending the days where culprits were able to retain relative anonymity despite doing bad things.

In the video below, captured in Essex, England, a man is seen punching a woman to the floor outside a nightclub, knocking her out cold. The internet has, as expected, reacted with fury…

We all know that alcohol can be an oft-terrible influence, but it can never be used to justify unwarranted aggression. A night of partying and fun should never end in someone being harmed.

But that was exactly what happened at the entrance to the Faces nightclub in Essex, England, on Saturday night, when an argument between a woman and a man resulted in the latter knocking the former unconscious with a punch.

As per The Sun, Liam Holmes, 20, threw two punches at an 18-year-old woman, hitting her in the face twice and resulting in her being out cold on the floor for five minutes. She was later taken to hospital, where she underwent a head scan.

The images and video, published by the British press on Tuesday, have been shared thousands of times by people online. The majority of the internet appears incensed by the act of violence, criticizing the man for behaving in such a way, irrespective of how he might have been provoked.

The victim in the video – who has not been named – said of the incident: “This guy was going round calling the women outside the club ‘fat c****.’

“Him and another guy were backing a group of girls into a corner, saying they were going to hit them.

“I told him he was in the wrong and he needed to walk away and be a gentleman and he lashed out.

“I was knocked out for five minutes. All I remember is being on the floor with blood everywhere.

“I was given a head scan in hospital. I suffered cuts inside my mouth and have bruises.”

You can see the video yourself below. Warning* Contains scenes that may be distressful to some.

Holmes’ mother, meanwhile, responded by suggesting he may have been provoked into the attack. “They have the CCTV which was inside the club – that show’s what went on,” she said.

“It does not excuse what he has done. He is not an innocent party, but he was provoked.

“People will judge him on the back of that video clip but he’s no terror. The clip online showing him hitting the girl makes him look bad but that’s only a fraction of the real story.

“He wouldn’t do that for no reason.”

I’m sure we can all agree that such horrifying behavior has no place in society, no matter the cause of provocation.

Share this article to show your support for the girl who bravely confronted a man who was clearly intent on violence.