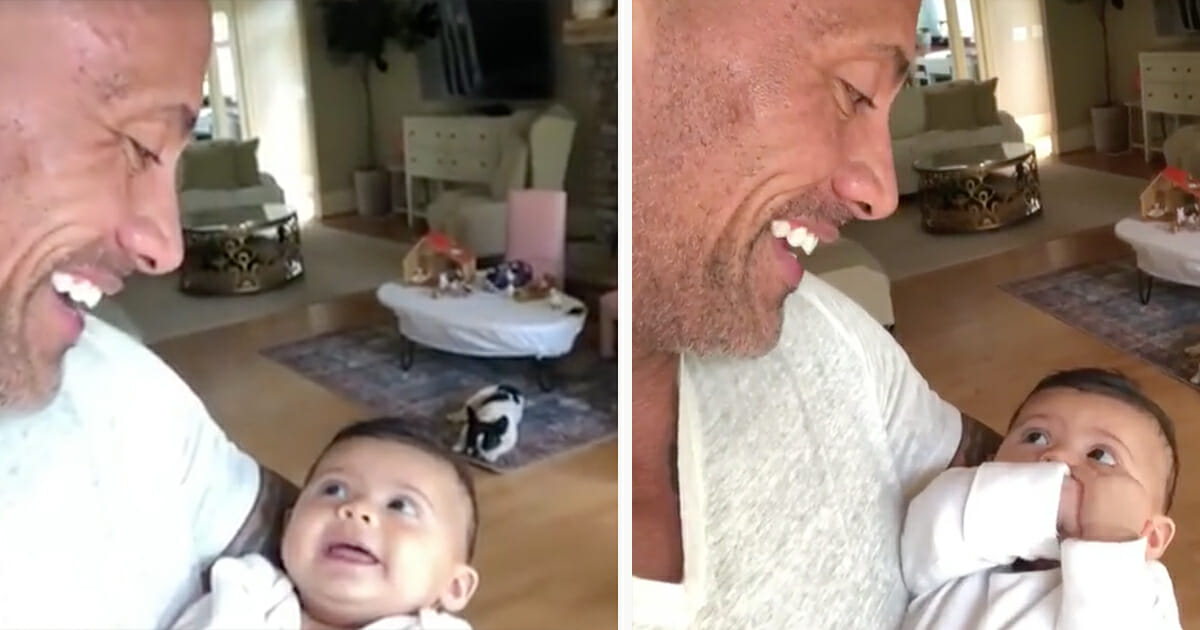 It appears there’s nothing that Dwayne “The Rock” Johnson can’t do.

Climb the rungs of professional wrestling and become one of the WWE’s biggest icons? Done. Transition to acting and forge a position as one of Hollywood’s most popular male stars? Done. Still have time to be a role model father who dotes upon his children at every given opportunity? Also done.

The 46-year-old and partner Lauren Hashian welcomed Tiana Gia to the world on April 17 of this year, and already The Rock has proven he has every intention of showing her to his millions of followers. His latest Facebook post drives home that point, and, well, we’re not complaining…

Skin to skin. Our mana. Blessed and proud to bring another strong girl into this world. Tiana Gia Johnson came into this world like a force of nature and Mama @laurenhashianofficial labored and delivered like a true rockstar. I was raised and surrounded by strong, loving women all my life, but after participating in baby Tia’s delivery, it’s hard to express the new level of love, respect and admiration I have for @laurenhashianofficial and all mamas and women out there. Word to the wise gentlemen, it’s critical to be by your lady’s head when she’s delivering, being as supportive as you can.. holding hands, holding legs, whatever you can do. But, if you really want to understand the single most powerful and primal moment life will ever offer – watch your child being born. Its a life changer and the respect and admiration you have for a woman, will forever be boundless. And to my third and youngest daughter, Tiana Gia – like I did when your two older sisters Simone Alexandra and Jasmine Lia were born, you have my word, I’ll love, protect, guide and make ya laugh for the rest of my life. Your crazy dad has many responsibilities and wears many hats in this big ol’ world, but being your dad will always be the one I’m most proud to wear. Oh and one more thing.. you’re gonna love rollin’ in daddy’s pick up truck. #TianaGiaJohnson? #3rdDaughter #BlessesAndGratefulMan #ImInTROUBLE

It should come as little surprise that the latest of Johnson’s brood – now three-months-old – is garnering a reputation online for being a little ball of cuteness.

In a recent video, The Rock is seen cradling Tiana in his arms, engaging in a dad-daughter conversation that goes a long way toward warming the heart.

But don’t just take our word for it. If watching a hulking former wrestler cuddling up to a three-month-old baby sounds like your idea of entertainment, then watch the video below:

Little Tia Giana may not be able to answer him yet, but it’s clear for all to see that they’re going to have a special relationship as she grows up.

Dwayne Jonhson, we salute you! Keep on being awesome!