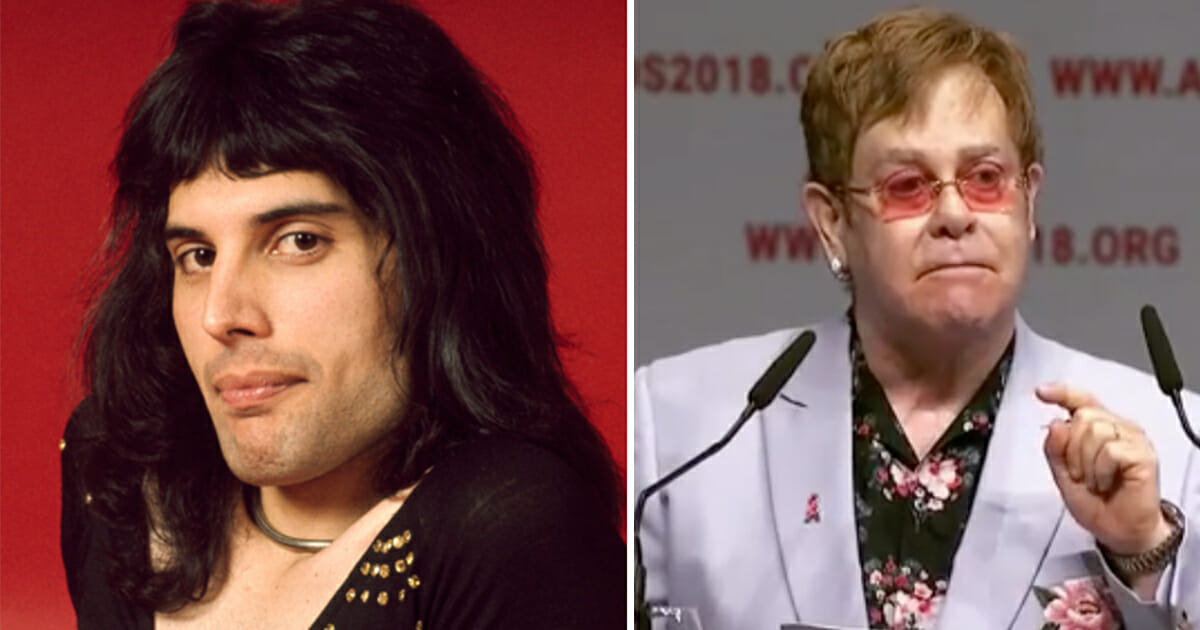 Freddie Mercury wasn’t just an impressive musical talent; he was a phenomenon who captivated crowds with each and every performance as frontman of the band Queen.

When the singer died due to complications relating to AIDS in 1991, he left a hole in the music industry that can never be filled.

It speaks volumes of his influence that people still continue to remember him fondly even now, 26 years after his passing. To die so young from disease was a tragic way for Mercury to go, and a revelation from close friend Elton John has painted the circumstances with a fresh feel of heartbreak.

In his book Love is the Cure: On Life, Loss and the End of AIDS, Sir Elton – a music legend in his own right – covered the topic of Mercury’s passing, including his final days and his indomitable fighting spirit. Read on below for the truly eye-opening account …

In his book, Sir Elton John shares how Mercury, despite knowing he was going to die, remained intent on caring for others.

“Freddie didn’t announce publicly that he had AIDS until the day before he died in 1991. Although he was flamboyant on-stage – an electric front man on par with Bowie and Jagger – he was an intensively private man offstage. But Freddie told me he had AIDS soon after he was diagnosed in 1987. I was devastated. I’d seen what the disease had done to so many of my other friends. I knew exactly what it was going to do to Freddie. As did he.

He knew death, agonizing death, was coming. But Freddie was incredibly courageous. He kept up appearances, he kept performing with Queen, and he kept being the funny, outrageous and profoundly generous person he had always been.

As Freddie deteriorated in the late 1980s and early ’90s, it was almost too much to bear. It broke my heart to see this absolute light unto the world ravaged by AIDS. By the end, his body was covered with Kaposi’s sarcoma lesions. He was almost blind. He was too weak to even stand.

One dream, one soul, one prize ✨ • #freddiemercury #queen #queenband

By all rights, Freddie should have spent those final days concerned only with his own comfort. But that wasn’t who he was. He truly lived for others.

Freddie had passed on November 24, 1991, and weeks after the funeral, I was still grieving. On Christmas Day, I learned that Freddie had left me one final testament to his selflessness. I was moping about when a friend showed up at my door and handed me something wrapped in a pillowcase. I opened it up, and inside was a painting by one of my favourite artists, the British painter Henry Scott Tuke. And there was a note on the front from Freddie.

Years before, Freddie and I had developed pet names for each other, our drag-queen alter egos. I was Sharon, and he was Melina. Freddie’s note read, “Dear Sharon, I thought you’d like this. Love, Melina. Happy Christmas.”

I was overcome, forty-four years old at the time, crying like a child. Here was this beautiful man, dying from AIDS, and in his final days he had somehow managed to find me a lovely Christmas present. As sad as that moment was, it’s often the one I think about when I remember Freddie, because it captures the character of the man. In death, he reminded me of what made him so special in life.”

We don’t think the world will ever forget Freddie Mercury, and nor should they. A true music icon and a genuinely caring soul to boot … Rest In Peace!

If you love and miss Freddie Mercury, or simply admire the talent he had, share this article on Facebook.