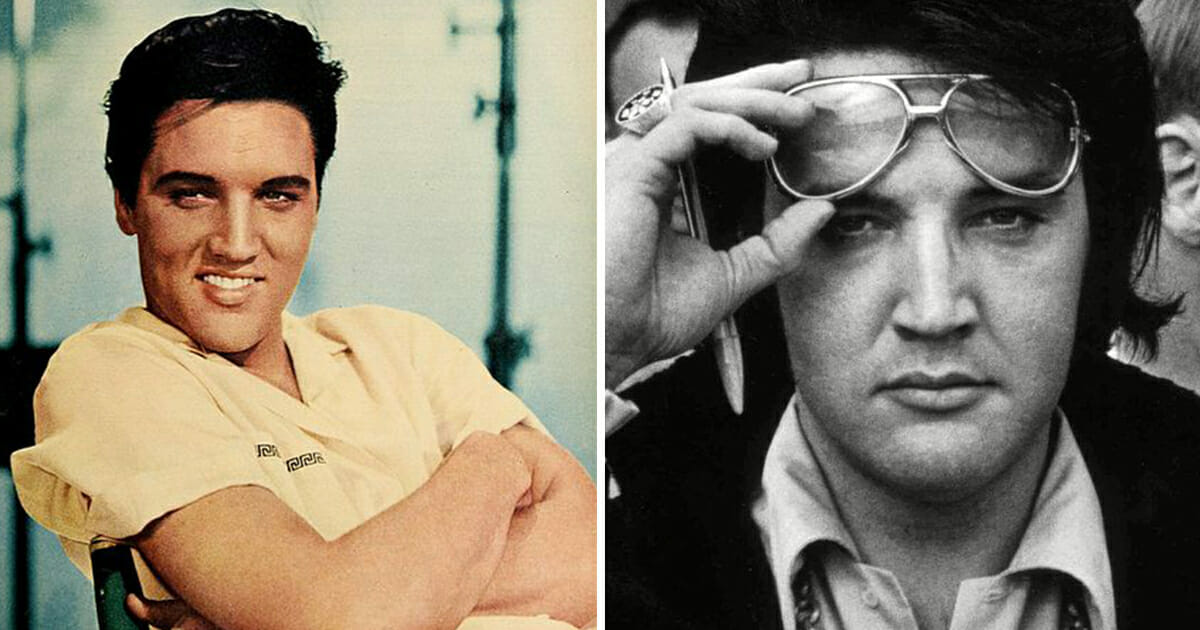 Elvis Presley’s death has baffled fans around the world for the past 40 years.

Even today, we’re left to guess as to the exact reason behind the King’s premature death. The Jailhouse Rock singer was just 42-years-old and left a musical legacy that virtually no one can match.

Now, a brand new documentary entitled Elvis Presley: The Searcher is to air on HBO later this month. In it, Elvis’ ex-wife, Priscilla Presley claims that the rock icon wanted to take his own life by way of swallowing huge amounts of prescription painkillers. What’s more, according to the Daily Mirror, there are handwritten notes from Elvis himself that appear to confirm this.

It was August 16, 1977 that the world was rocked by the death of Elvis Presley. With songs like Can’t Help Falling In Love, Jailhouse Rock, Hound Dog and Burning Love, it’s no wonder the King was a music hero for the masses. Having sold a purported one billion records, he’s one of the most famous figures from the entire 20th century.

It’s also small wonder that he found his way into the hearts of the people.

Elvis died from a heart attack

The cause of Elvis Presley’s death was a heart attack, which many believe to have been related to his drug abuse. He was found in the bathroom of his home by then girlfriend, Ginger Alden.

All the same, the King’s death has been a much-debated topic over the years. The fact that his family desired to keep the autopsy reports private did very little to quell the conspiracy theories relating to whether or not he was even dead in the first place.

However, in a brand new HBO documentary, set to air on April 14, it’s claimed by people close to him that his death was intentional … and perhaps engineered by his own hand. In the documentary, Elvis’ ex-wife, Priscilla, suggests that he may have conspired to end his own life.

Of his battles with drugs, she says: “He knew what he was doing and people go, ‘why didn’t anyone do anything?’ Well, that’s not true.

“People there in the inner group did – but you did not tell Elvis what to do. You’d have been out of there faster than a scratched cat. They would try and – no way.”

Of all people, perhaps Priscilla is in the best place to talk about Elvis’ life and passing. After all, she lived with him between 1967 and 1973, and the couple had a daughter together, Lisa Marie. The pair continued to be friends after their marriage ended.

According to Priscilla, it was Elvis’ military service in West Germany that initiated his long and ill-fated connection to drugs.

“They gave them to the soldiers over there to keep them awake,” Priscilla says.

Priscilla Presley to appear at #sxsw2018 to talk about the new Elvis documentary, #ElvisPresley: The Searcher, which premieres on April 14 on HBO

The HBO documentary also tells that two recently-discovered handwritten suicide letters were found – penned by Elvis himself. Those who were closest to him are trying to prove that the letters are proof that he conspired to end it all himself.

“To me, it’s a clear indication that suicide was on his mind,” his stepbrother, Rick Stanley said.

In the documentary, it’s explained what was reportedly in the notes, written to Elvis’ close friend and former road manager, Joe Esposito.

Apparently, they included things like: “I’m sick and tired of my life” and “I need a long rest”.

You can watch the trailer for the new documentary series about Elvis’ life below – the series starts on HBO on April 14th.

What better way to end than by listening to an all-time Elvis classic? Share this story and see which Elvis song your friends like best!