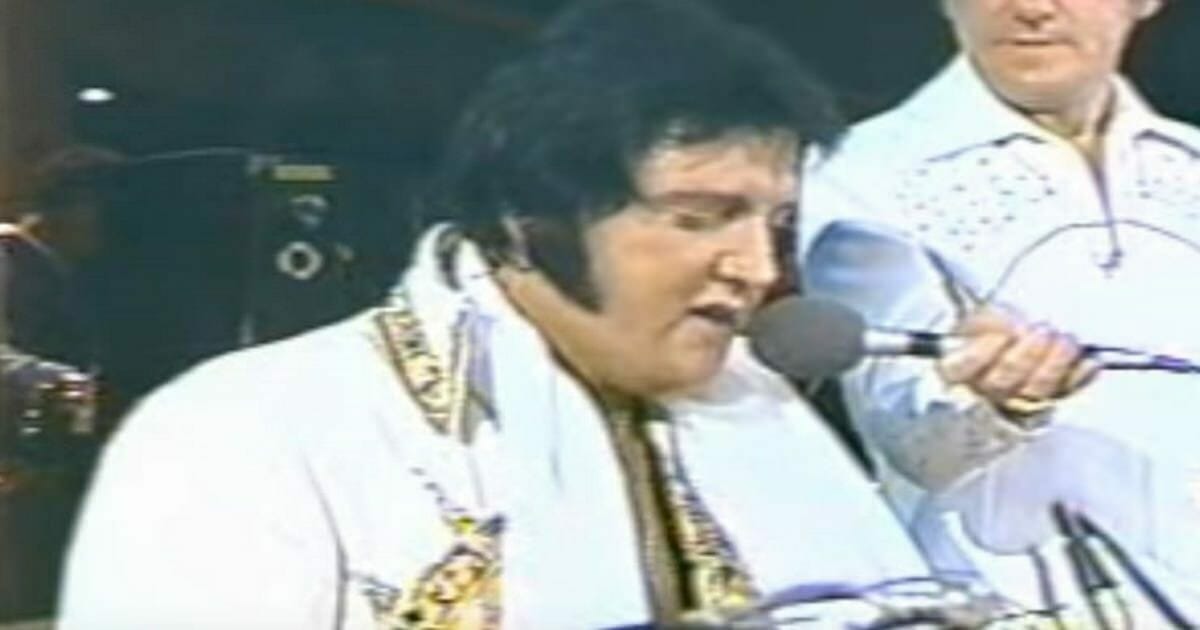 It doesn’t matter if you’re a fan of the style or not, no one can deny that rock n’ roll legend Elvis Presley was one of the most gifted artists to ever grace the earth.

It’s a statement very few will argue with.

The King died far too early, but he still gave the world a good many years of magic on the stage.

There are plenty of video clips from Elvis‘ time at the top, but there’s one in particular that I think people will benefit from watching. It’s the very last recording of an Elvis performance and, frankly, it gives me shivers.

Of course, he’s a far cry from the man he once was, physically speaking, but the show is its own little slice of history.

It’s a relatively unknown clip considering its matter. Elvis is singing one of his classics – a song that is a firm favorite with many of his fans. In fact, he sings with such passion that some have argued his final show might have been one of his best! What do you think?

Elvis Presley was a natural born entertainer until his very last breath. He was known for giving everything to his audiences, and he blessed us with many magical moments during his life.

Sure, he might not be the man he once was in this clip, but don’t let that take too much away from his performance. His voice is certainly on point!

Some even argue that it’s one of the icon’s greatest shows ever. I’m not sure I agree with that notion, but I can certainly understand where they’re coming from.

The song Elvis is playing is “Unchained Melody”, before an audience in Rapid City, South Dakota. The first time I watched it my skin broke out in goosebumps!

Sadly, Elvis died just six weeks after this recording. He was just 42-years-old, but his music and legend will live forever.

Rest in Peace, Elvis! You can see his last performance below:

One of the most talented musicians in history! Share with your friends on Facebook if you love the legend that is Elvis!