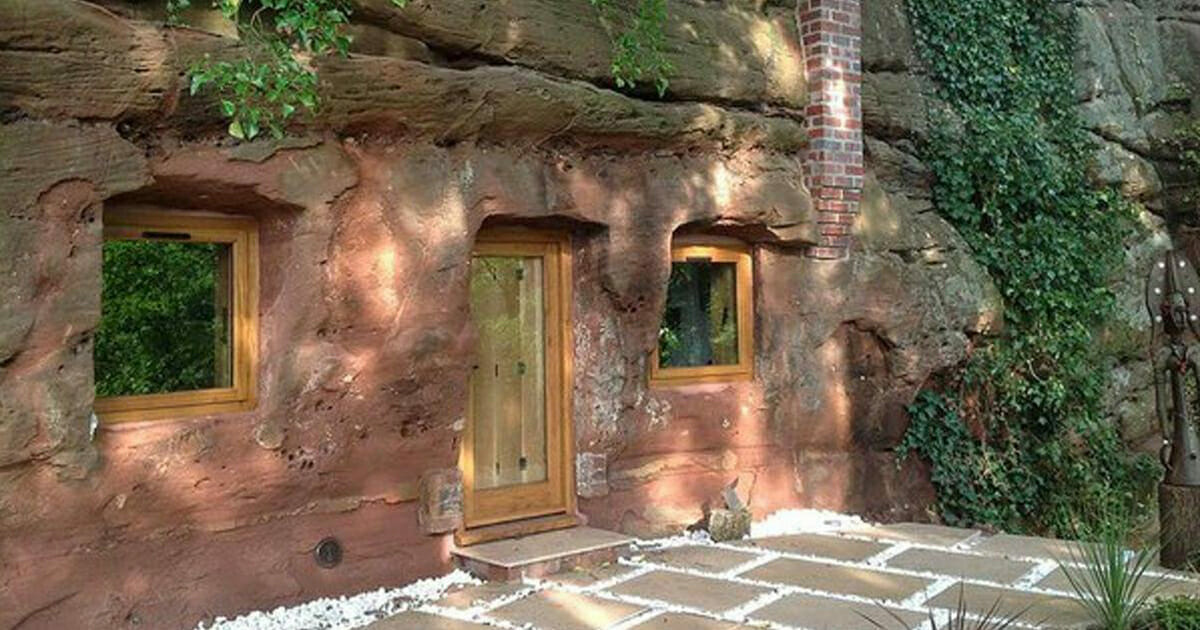 Most of us are fortunate enough to live a relatively comfortable life, all things considered. This is in no small part down to great development and intelligent inventions down the years.

Today we have it all. Electricity, unlimited clean running water, comfortable furniture, advanced machines to make our lives that little bit easier, you name it.

Obviously, this wasn’t always the case. For a substantial portion of our history as a species, humans were forced to live in caves and huts, surviving off the land and seeking shelter where they could find it.

For one man, Angelo Mastropietro, who lives in Worcestershire, UK, that’s not such a bad thing. In fact, he actually left his life of comfort and ease in Australia – as a successfully self-employed man – because he felt he needed to shake things up.

How did he do it? Well, his journey of change led him to a… cave.

In 2007, Angelo was diagnosed with MS. He began to think about what he would actually do with his life.

10 years prior to that, by chance, he’d come into contact with an old cave. It was during a bike ride when he was suddenly caught up in heavy rain, and so sought refuge. From the moment he entered the cave, he felt there was something magical about it.

According to the Daily Mail, the cave is 250 million years old.

Gordon from Scotland writes..“Just go. You'll understand when you're sat in bed with the door open and the place is…

Posted by The Rockhouse Retreat on Tuesday, 17 April 2018

When the rain stopped, Angelo left, but he knew he would return. After his MS diagnosis, the time had come. At first, the cave didn’t look like much, but with a lot of elbow grease – and a fair bit of money – Angelo was able to transform the outside. Impressive, right? Wait until you head in…

Angelo purchased the cave, part of a row of living spaces said to be the oldest inhabited rock houses in Europe, for £62,000. That left him £100,000 to spend on renovation costs, with the project taking him eight long months.

We're offering 20% off any booking made this weekend! What could be a better Christmas surprise than a voucher for a…

Posted by The Rockhouse Retreat on Saturday, 25 November 2017

Since then, the house has been featured in several newspaper, including Britain’s Daily Telegraph.

Rockhouse love in The Telegraph ??❤️

Posted by The Rockhouse Retreat on Thursday, 1 September 2016

Thanks to Angelo’s exhaustive efforts, the cave now contains all the comforts one would want in a luxury getaway.

Happy Easter cave lovers ?Get cracking if you fancy coming to stay in June or July – we have just 7 dates available in each!https://www.therockhouseretreat.co.uk/reservations

Posted by The Rockhouse Retreat on Sunday, 1 April 2018

From running water, to the internet… the place has it all. I have to admit, it looks magnificently decorated, wouldn’t you agree?

I mean, who wouldn’t want to sit in front of this fireplace?

As for the kitchen, it’s equipped with both appliances a wooden furnishings – with an eye on maintaining consistency throughout the cave in terms of decor.

Then there’s the bedroom, which looks out onto the outside patio.

Posted by The Rockhouse Retreat on Thursday, 1 February 2018

And the lighting in the place is simply magical.

Would you like to spend some time here? I know I would.

Posted by The Rockhouse Retreat on Wednesday, 30 September 2015