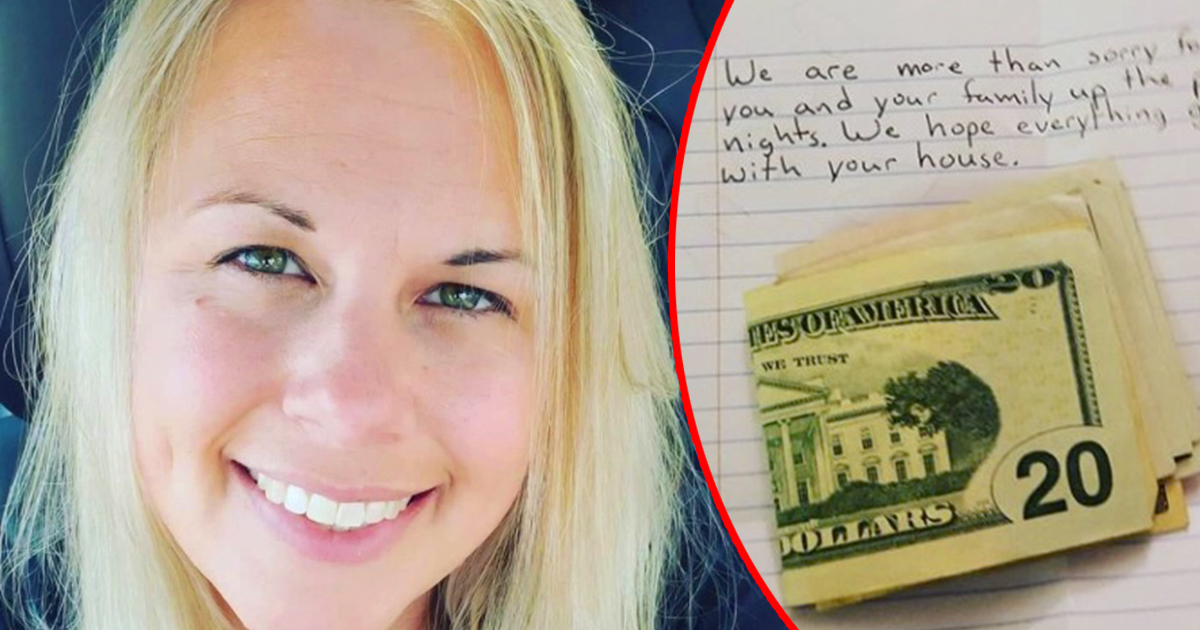 We have likely all encountered a loud group of teenagers who aren’t respecting their surroundings. This is nothing out of the ordinary, nothing to be upset over – the youth of society have probably been like that in every generation.

What has changed today is that fewer adults stand their ground and react when they see something wrong. During my childhood, you could do wrong, make mistakes, but better believe you’d be reprimanded for them. And not just from your own parents, either; it could be any adult in any situation to shut you down.

In 2017, Randi Jo Amt from Indiana had enough after a long and tiring day. She was staying at a hotel with her family when some teenagers decided to make a racket in the hallway. She went out and asked them to calm down – but she wasn’t prepared for their reaction …

Anyone with small children knows how tough it can be at times, how important it is to recharge your batteries now and then. For a full-time mom, sleep and recovery are vital things. Just ask Randi Jo Amt from Indiana; she knows all about it.

Due to an October flooding issue in her home in 2017, she moved into a hotel with her family and children. Sometimes, of course, staying in a hotel can be like a short vacation in paradise. That’s of course not the case when the reason you are there is that your actual home is unlivable.

When Randi arrived at her hotel in Indianapolis after a long drive, she was drained of energy and needed a quiet place to rest.

She took her children into the room and prepared for the evening. But then she heard some teenagers making noise in the hall outside her room. The exhausted mother had just put her children to bed and was looking forward to a few hours of rest – but she was worried that the noise in the corridor would wake her babies up.

If I had been in Randi’s shoes, I would have probably reacted badly. I would likely have stormed out into the corridor to ask the teenagers to keep their mouths shut.

This mother, however, took a different, far more intelligent approach.

Instead of scolding the youngsters, she calmly explained her situation.

“I was frustrated, but wanted to wait to talk to them when I could tell them about our situation to see if they could show compassion rather than become angry at the lady next door,” wrote Randi on Facebook.

It turned out that the teens came from Kansas, and all belonged to an organization called FFA, Future Farmers of America.

Randi saw that some of the youngsters’ hotel doors were ajar, so she decided to go and explain her family’s challenging situation.

“I let them know about our house being destroyed by water. I told them that we wanted them to have their fun and we would appreciate their respect to let our kids get good rest. The young man who answered the door told me that he was very sorry about what we are going through.”

Naturally, when you’re young and having fun, you don’t always notice that you might be making too much noise.

After talking to the teenagers, the mother returned to her hotel room. She thought she had handled the situation in a good way, but had no idea that the young people from FFA would soon react in a way that moved her to tears…

In fact, she was utterly dumbfounded by their next move.

“Before I went to bed, I noticed a note that someone had slipped under our door. I opened the note to find money.”

It turned out that the teenagers had collected 40 dollars together. Then they folded the notes together with a piece of paper and slipped them under the door. On the paper, someone had written an apology.

“We are more than sorry for waking you and your family up the past few nights. We hope everything goes well with your house,” the note said.

Of course, the mom was incredibly grateful and moved by the friendly gesture. She could not help but share the story on Facebook, and unsurprisingly, her post went viral. People paid tribute to the members of FFA, and so did Randi Jo Amt.

“In a world where some people sit behind screens and become angry on social media, this young man restored my faith that the next generation can make eye contact and show compassion to the person right in front of him… They set an excellent example for me children and their parents should be more than proud.”

After her tribute and story spread, some wanted to do more than merely thank the young people in the comments section. News stations wanted to know more about these kind-hearted youngsters. WTHR got a chance to interview some from the group. One of the teenagers, Ethan Westerman, explained his thoughts when Randi Jo Amt knocked on his door that night at the hotel.

Before arriving at the hotel, his group had spent 12 hours on a bus.

“We wanted to stretch our legs, kind of run around a little bit,” said sophomore Ethan. “We were just running around, banging doors, watching the world series, yelling at the TV about the world series, just being normal teenagers.”

After Randi told them that her family was having a hard time, and asked them to keep it down, the group of teenagers wanted to do something for the struggling family.

“I just thought we could do something for them that I think could change their day, brighten up their day a little bit,” said Tanner Wells, another of the boys in the group.

But the youngsters’ nice gesture wasn’t the end of this heartwarming story. Jo Amt decided not to accept the money she received from the FFA gang. Instead, she donated the money to the homeless.

This just shows what a chain reaction a little kindness can create! And this story also shows that not all teens are thoughtless!