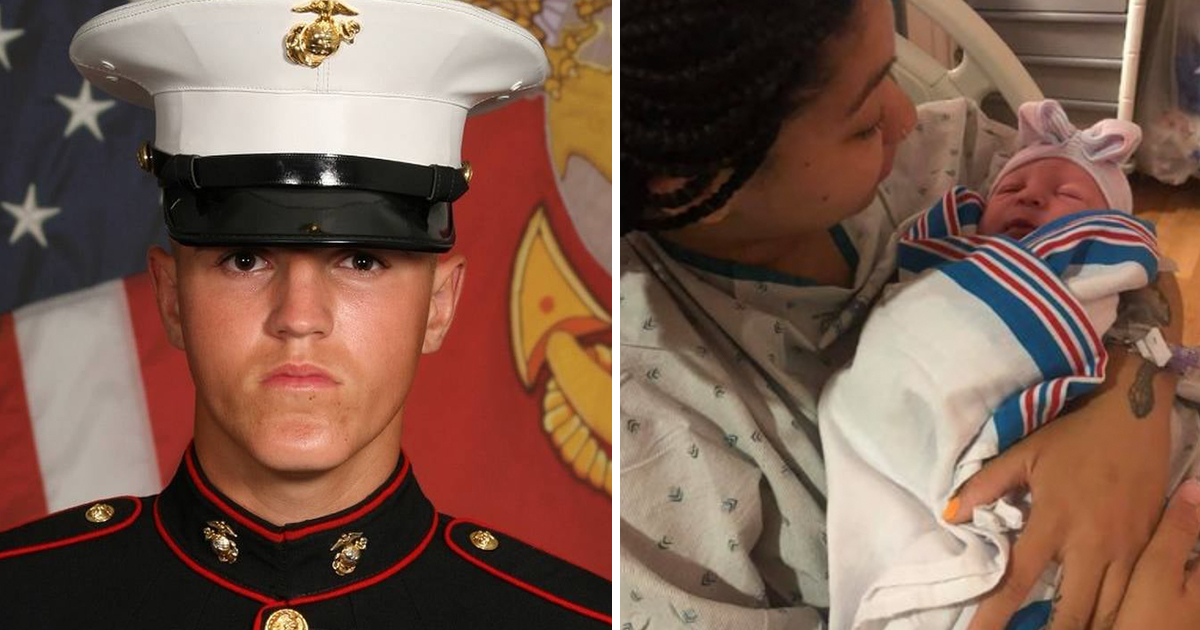 It truly was a dark day for the US when 13 service men and women lost their lives in the process of helping people evacuate Afghanistan last month.

The official withdrawal of US troops from the country after two decades of war was marred by the alarmingly fast manner in which the Taliban were able to reclaim control.

What followed was a rushed evacuation that left numerous US citizens in danger in and around Kabul airport, and worst fears were realized when two suicide bombers detonated explosive vests on August 26.

Amongst the casualties were 13 US troops, including Marine Lance Cpl. Rylee McCollum of Jackson, Wyoming, whose wife was heavily pregnant with their first child.

Rylee and his partner, Jiennah Crayton, had been married less than a year before he was killed on active duty, leaving her and other family members deep in grief.

Jiennah’s mom, Jill Miller Crayton, wrote on Facebook: “My heart is incredibly heavy today, in the wee hours of the morning my beautiful daughter got that knock on her door that no military spouse wants to get.

“Her strong, handsome, incredibly brave husband of less than a year was one of the 13 soldiers that gave their life yesterday in Kabul. She’s 36 weeks pregnant and she lost her love. I never got to meet him, but I will meet his baby, and I will love and spoil that baby forever.

“[P]lease hold her in your heart and soul because she needs it, this mama knows exactly what she’s going though.”

“[W]elcome to the world my sweet baby,” Jiennah posted. “[I] love you with my whole heart.”

A GoFundMe has also been started for McCollum’s family. As per reports, an impressive $800,000 total has thus far been raised, helping Jiennah to feel a little more secure during her darkest hours.

Rest in peace, Cpl McCollum and the other US troops who gave their lives in Afghanistan.

Please, share this article to remember and acknowledge their sacrifices, and leave a comment to pay tribute to their bravery.