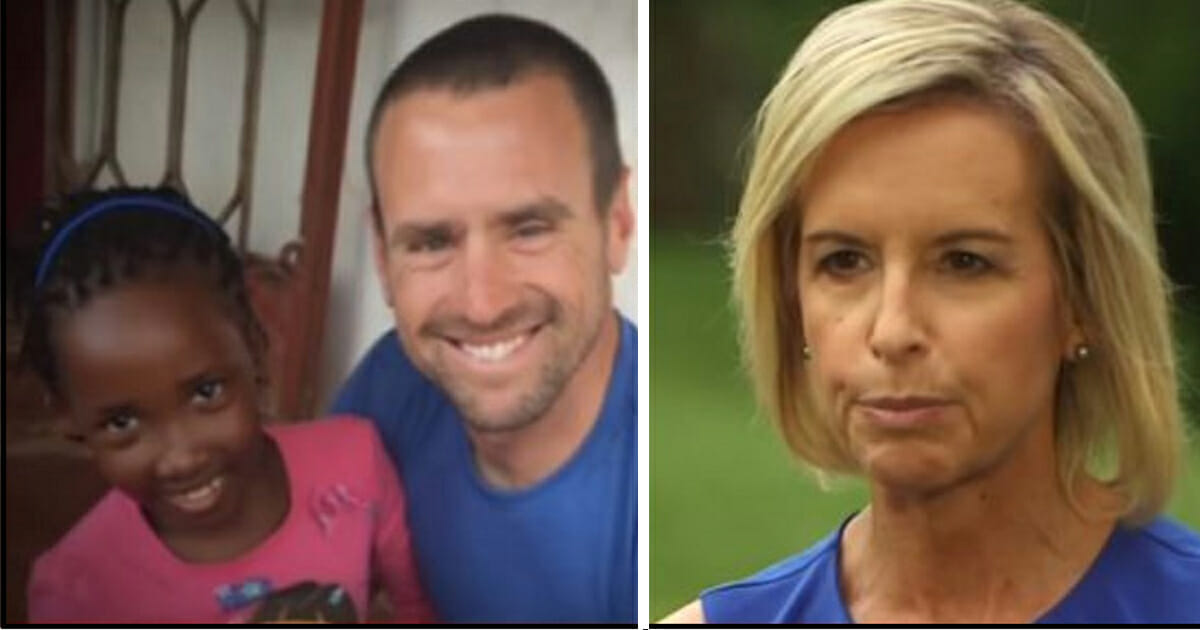 Imagine having a haunting secret that you couldn’t share with your family, no matter how much you wanted to.

Imagine living with a terrible burden of silence made all the worse by the fact that no one around you could ever possibly relate to it.

It sounds frightening, but it’s a reality lived by so many children adopted from countries where things like war, abuse, famine and thirst can be common place.

Jessica and Adam Davis adopted a 5-year-old Ugandan girl, Namata, from the European Adoption Consultants (EAC) in 2015, having been told that she’d been severely neglected by her mother after her father passed away. Namata didn’t speak English and so found it impossible to communicate in the first instance.

6 months later, when she’d better learned the language, she had a secret to tell, however. It was worse than Jessica and Adam could have possibly believed.

Jessica and Adam Davis already had four children of their own, but they had plenty to give and wanted to hand a child who had suffered greatly a second chance in life.

When they contacted the EAC, they were told that Namata had been subjected to abuse. After spending time with her, they realised she was certainly traumatised. They assumed she had never received an education, never been fed and had suffered from some form of abuse, either psychological or physical.

Their hearts bled for the youngster as they battled with the frustrating idea that she couldn’t tell them what she’d been subjected to.

After 6 months in her new home, however, Namata could speak good enough English to share a truly horrifying secret. It transpired that the girl hadn’t been in an abusive family at all; she’d been perfectly happy with her mother. What’s more, she missed her mom, and told how she would walk her to school every day.

Jessica and Adam were horrified when they realised what had happened: They’d taken a little girl away from a loving home.

Jessica told CNN: “The only trauma this child ever experienced was because we essentially placed an order for a child. She was home and happy with her mother, until they selected her for us.”

That wasn’t the worst of it, though. Namata’s mother was also being duped. She’d been told by the EAC that her daughter was simply being fostered by an American family for a year or two, and that she would receive a first-rate education before returning home.

After uncovering the full extent of the false reality they’d been tricked into living, Jessica and Adam knew they had to act. The couple were told they could legally keep Namata, but Jessica refused, on the grounds that she hadn’t bought her at a store like some accessory. Thankfully, the adoption process was reversed and Namata was happily reunited with her mother.

With the story having garnered attention, the State Department then uncovered other adoptions that were just as pretend as Namata’s. They were able to shut down the EAC for good!

You can see the full extent of CNN’s investigation in the video below:

What a relieving end that horror story had. Things could have been so different if the truth had never been uncovered! Thankfully, Jessica and Adam are good people, and they knew what had to be done in order to put things right.

Unfortunately, we’d be naive to think that such things don’t still exist in the world! Help us spread this anti-child abuse message. No one should be forced to live anywhere against their will. Share this message with your Facebook friends and family.