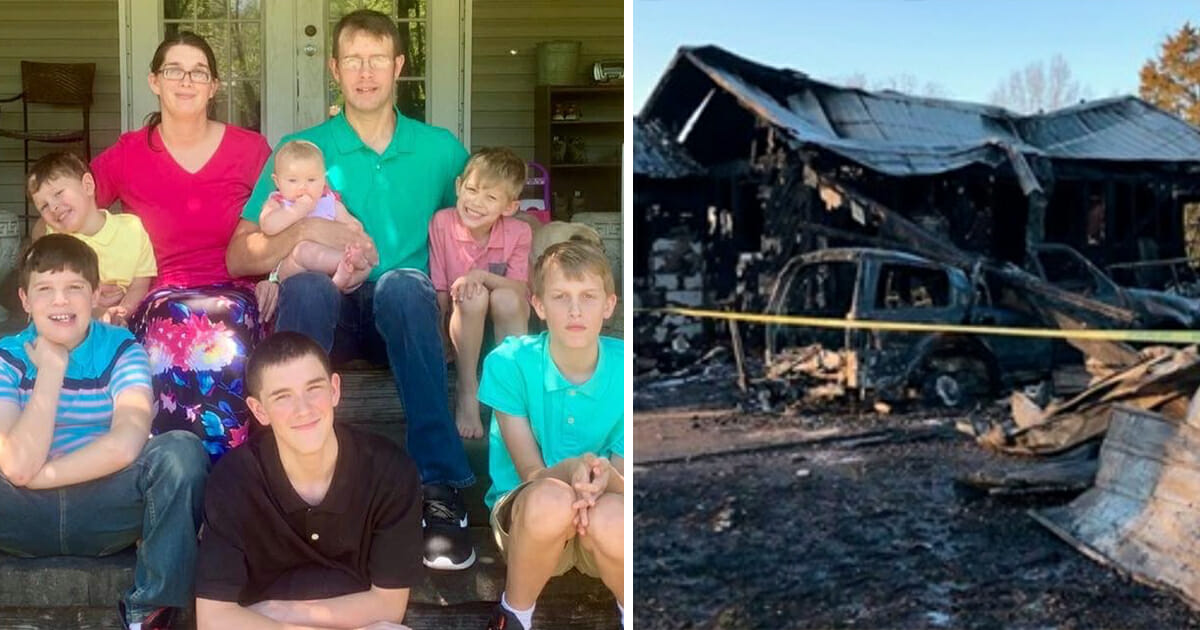 A deadly Chicago house fire that claimed the lives of six children and their mother has been ruled an accident, according to reports.

ABC News cite officials in stating that bars on the outside of the bedroom window and inoperable smoke detectors lessened the chances of the family’s escape.

Brittney Presley and her six children – Lane, Lawson, Grayson, Malcom and Felicity Presley and Landon Brookshire – perished in their home early on Saturday morning. The fire broke out around 12:30 a.m., with firefighters fighting the blaze for 40 minutes.

ABC say the family’s father was able to escape the inferno and remains in hospital. Clinton Fire Chief Jeff Blackledge confirmed at a press conference on Tuesday that he is expected to undergo skin grafting surgery.

Officials have determined that the cause of the electrical fire was an accident. It is believed to have started in the attic and spread from there. Inoperable fire alarms inside the rental property meant the Presley family received no warning.

“Without smoke alarms, there was no early detection and it may have prevented the victims from getting out in time … investigators believe metal bars on the windows of the home played a small role in the deaths,” Fire Marshal Mike Chaney explained.

Fire Chief Blackledge has urged families to have a practised fire escape plan in place and wants to remind people that once outside the house one should “not go back inside even for a million dollars or a pet.”

A GoFundMe page has been set up to provide financial support to cover the funeral expenses for the Presley family. You can find it here.

Stories like this simply break my heart. I can’t imagine the pain their loved ones must be feeling now. Rest in peace.

Share this article to send your thoughts and prayers where they’re needed.