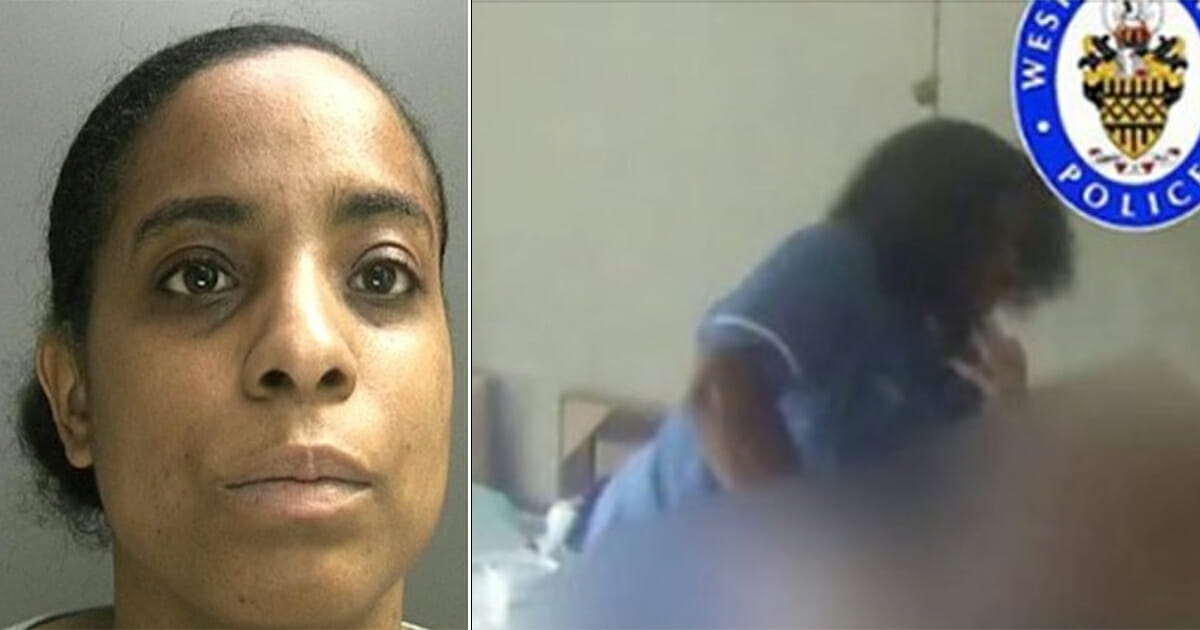 When I think of my grandparents, or indeed anyone who’s in the latter years of their life and needs assisted living, my natural urge is to help them, to make them as comfortable as they can be.

I know the vast majority of you will feel the same. After all, why on earth wouldn’t you?

Well, sadly, there exist those who bear no sympathy for the people whose bodies no longer work as they once did. Ashikiah Reid is one such person.

According to reports, the 36-year-old was caught on camera treating an elderly woman who suffers from dementia extremely roughly at a care home in England. The patient’s age? 101.

Fortunately, the victim’s family grew concerned over how she was being handled, and so installed a hidden camera with the aim of seeing the truth for themselves.

The footage they gathered proved not only that Reid was acting appallingly in her position as carer, but that she was also physically abusing her 101-year-old charge.

Carer Ashikiah Reid has been jailed for eight months for slapping and abusing this 101-year-old dementia patient at a care home in Birmingham. She was caught after the woman's family planted a hidden camera in her room and has been banned from working as a carer again. pic.twitter.com/JJjCTZrGcL

Reid was caught on camera acting roughly with the woman’s face, as well as slapping her arms and hands and pointing a finger in her face, according to the West Midlands Police.

Relatives were able to pass the footage onto detectives, who then subsequently launched an investigation. Reid was last week sentenced to eight months in jail.

Police constable David Nash said in a statement: “I am glad the woman responsible for inflicting unnecessary distress and pain on a defenseless woman has been put behind bars.

“A lot of trust is put into personal carers and this trust was shattered by Reid’s actions against this woman.”

“I hope this can offer the victim’s family some closure, knowing that someone that showed no moral compass when caring for the elderly has been brought to justice.”

Abusing someone who is completely defenceless is one of the lowest forms of cowardice. What’s more, it’s sick that anyone would take pleasure in harming and bullying a 101-year-old woman!

We’re so glad the victim’s family was able to get the justice they sought, and that Reid will never be permitted to work as a carer again.

Please share this article if you agree bullying is one of the worst crimes out there.