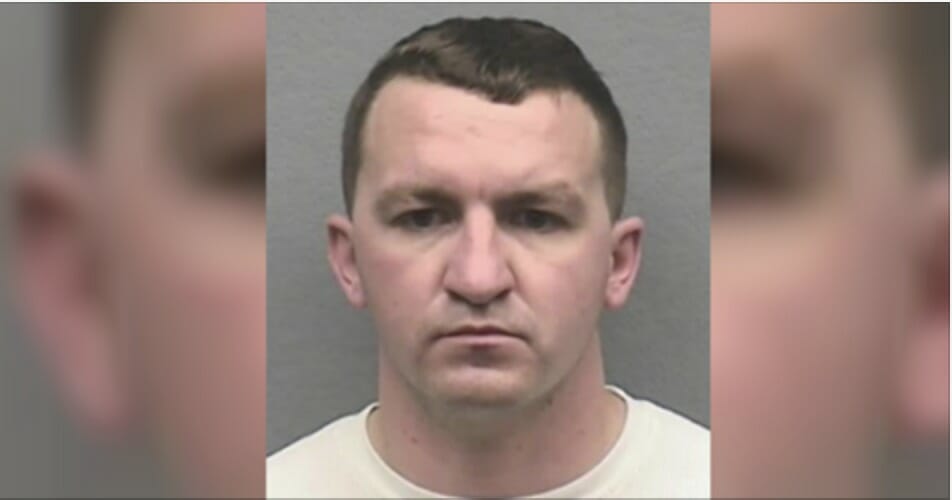 To have another life, another soul, entirely dependant on you and your actions is no mean thing. In fact, it’s perhaps the biggest thing there is, so it’s no small wonder that the bond forged between a parent and their child is so often unbreakable.

Sadly, that’s not always the case. For reasons inexplicable to the vast majority of us, there are men and women out there who subject their children to unthinkable forms of abuse. In the case of 30-year-old Andrew Turley, originally from Wisconsin, one runs out of words to describe the evil that so nearly manifested itself. Fortunately, Turley was stopped at the very last minute …

Last Friday, March 23, 2018, Turley was sentenced to a 60-year prison sentence for attempting to sell his 4-year-old daughter for sex on Craigslist.

According to the Houston Chronicle, Turley was convicted for trafficking a child and compelling prostitution of someone under the age of 18.

Apparently, the 30-year-old came to the attention of the House Police Department Officers after posting an advertisement on Craigslist in 2015 where he offered the chance to have sexual relations with his 4-year-old daughter. In later email exchanges with an undercover officer, he assured his little girl would be given “sleep meds”, and said his daughter was “younger than 10”.

Having titled the advert “Play with Daddie’s Little Girl”, Turley went on to tell the officer that the 4-year-old was possibly “too young for intercourse but everything else was OK”.

After agreeing on a time and place with Turley – which happened to be at the mother’s Houston-area apartment – the undercover officer met with Hurley and was taken to a bedroom after exchanging the pre-determined $1,000-for-two-hours fee. As per the Houston Chronicle, a statement read: “Upon the undercover officer’s arrival, Turley checked the cash, then escorted him to a bedroom where the girl was lying in bed and appeared to be ‘under the influence of an unknown substance.'”

According to ABC 13, the girl’s mother had no knowledge of what was happening, and so wasn’t charged in anyway. On Friday, Turley was sentenced to 30 years in prison for each of his two charges. He will not be eligible for parole until he is 75-years-old.

Thankfully, Turley’s advert was spotted by the authorities before it could be acted upon by someone else who meant to do his daughter harm. It disgusts me to think there are people like Turley living free in the world!

At this point, the best we can do is share this story in the hope of spreading awareness and trying to prevent things like this from ever happening. Help us spread this story to your family and friends, and remember, if you see something – even something potentially not as obviously disturbing as Turley’s advert – make sure you say something.