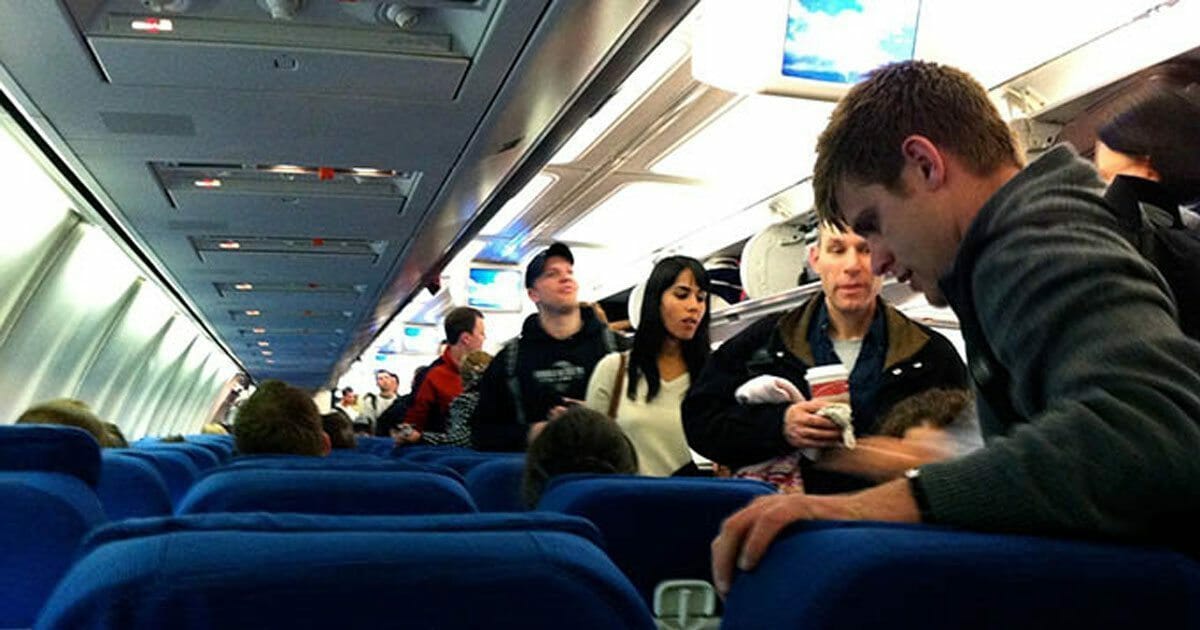 There’s something about small acts of kindness that just go a long way. Sometimes, our hearts reach out to another person and we feel the deep desire to do something kind for them.

One man appeared to experience just this on a packed airplane one day, when he spotted a female service woman board the plane.

His reaction would fuel further compassion and kindness, making this wonderful story all the more meaningful.

It all began on a busy flight one day. Passenger Jessica Titus spotted an interesting interaction as she was boarding the plane.

As they entered the plane, a man sitting in first class immediately got up from his seat.

“On my flight Tuesday, I walked down the jetway behind a woman in uniform (Army). A man stood up from his 1st class seat and said, ‘Sorry ma’am, I’m in your seat,’ Jessica wrote on Facebook.

‘What does your ticket say?’ the 1st class passenger asked the service woman.

Several American airlines do frequently make special exceptions and give special perks to military personnel on their flights, but on this particular day, the service woman was preparing to sit in a middle row seat in coach.

When Jessica first heard the man’s question, she was also confused. But his intentions soon became very clear.

He walked away, leaving her with his first class seat and taking her middle seat in coach. The officer was touched… and so was Jessica’s.

In fact, Jessica’s heart burst at the sight of such a wonderful gesture. As the flight took off, she simply couldn’t stop thinking about the man’s wonderful act of kindness… and she just knew she wanted to pay it forward.

So she prepared a little note…

The man kindly didn’t accept her money, but expressed how grateful he was that his move inspired someone else to do good, too.

"On my flight Tuesday, I walked down the jetway behind a woman in uniform (Army). A man stood up from his 1st class seat…

Posted by Love What Matters on Sunday, 9 April 2017

Such a wonderful series of events that warm the heart. Our service women and men deserve all our admiration and respect, and I’m so glad a good samaritan recognized that on this flight. Share to pay homage to his gesture and the wonderful kindness it inspired.