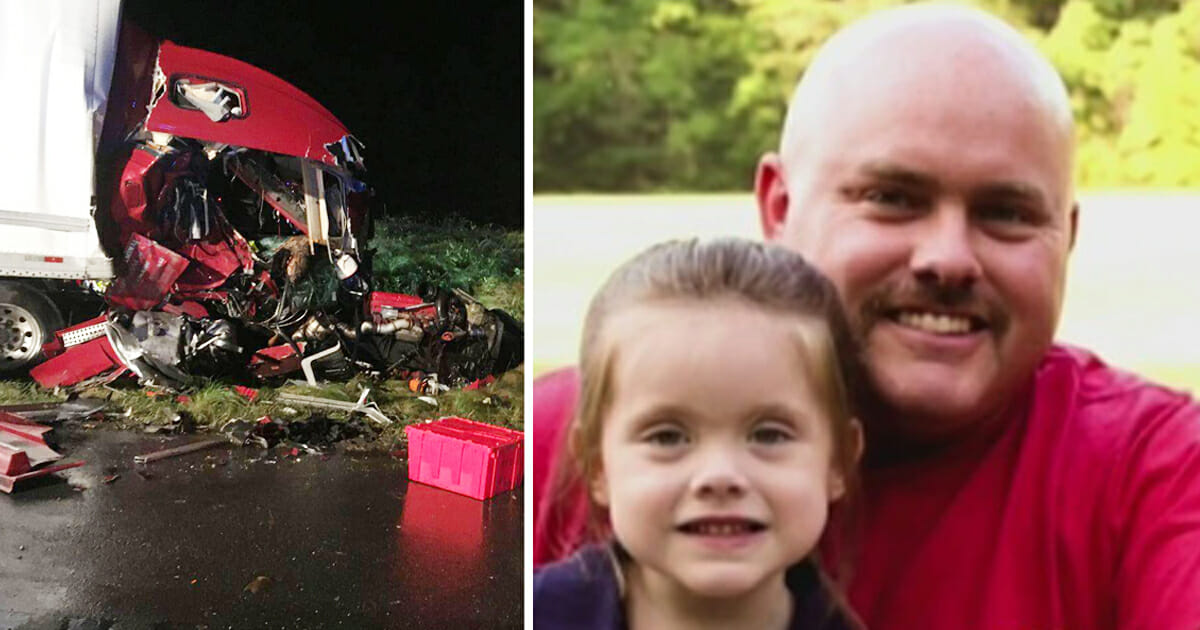 Your average, every day human doesn’t like to put his/her life at risk. It’s natural to want to stay away from things that could pose a threat to your existence, after all.

Of course, for people in certain occupations, every day of their lives can be a risk.

When Hurricane Michael wrought destruction in Florida last week, the rescue services were on the frontline when it came to helping the people affected.

One of the men who risked his life to help others was 43-year-old firefighter and father of four, Brad Clark.

Sadly, he would never return to his family.

The storm ravaged parts of Florida, wreaking large-scale havoc. 1,135 people are still said to be missing.

Brad was driving a fire truck through the storm in a bid to reach people who needed saving. The accident cost him his life and he died at the scene.

Two of his colleagues were also taken to hospital with life-threatening injuries, according to the Richmond Times Dispatch.

Colleagues and family members have been quick to hail Brad as being famous for his humor and high spirits. He touched a great many lives, which is evident from the outpouring of love and support since his passing. Born into a firefighting family, he always wanted to follow in his father’s footsteps.

Brad’s dad, who also served as a firefighter, told how proud he was of his son.

“Brad died doing what he loved most,” his father explained.

It soon became apparent that Brad had been a hero right to the last.

Moments before he died, he radioed through a warning to other firemen concerning the conditions. It was Lt. Clark’s warning that saved several others from succumbing to the same fate.

Hundreds of people gathered to mourn for Brad at his funeral, which took place a few days ago.

His brother, Jonathan Clark, read a letter during the ceremony – one that had been written by Brad in advance. His instructions were to read the letter should he be killed in the line of duty.

“I’ve lost my celebrity death match against the Grim Reaper. Not the reason I would choose for all the people dear in my life to get together, but we’ll make the best of it,” J. Clark said, reading Lt. Clark’s letter to the people in attendance.

“I shared a lot of laughs with you all,” J. Clark continued. “I love to make people smile so I’m sure you know I spend a lot of my life trying to make you all show your teeth.”

The letter also took the time to share his love for his fellow firefighters, as it described his feelings with great warmth.

Brad was sure to point out that his greatest source of joy, support, friendship, inspiration and motivation, however, came from his own family.

“Now, I’m a free spirit, flying high and striving to watch over each of you,” the letter read.

There were many tears shed when Brad’s words were read concerning the love he felt for his wife. He also included a set of instructions for his daughters; that they never settle for a relationship that was anything less than what he and their mother shared.

“Work hard, don’t give up, fight for what you want and believe in and never let the opinions of others scare you from what your heart says,” Brad told his girls, via the letter.

Hurricane Michael has so far claimed the lives of 29 people. Were it not for heroes like Brad, though, that toll would surely be higher.

Unfortunately, he had to pay with his own life, and those of his family and colleagues will never be quite the same again.

Please share this article to commemorate Brad’s memory and pay tribute to a profession that never ceases in its bid to save innocent lives!