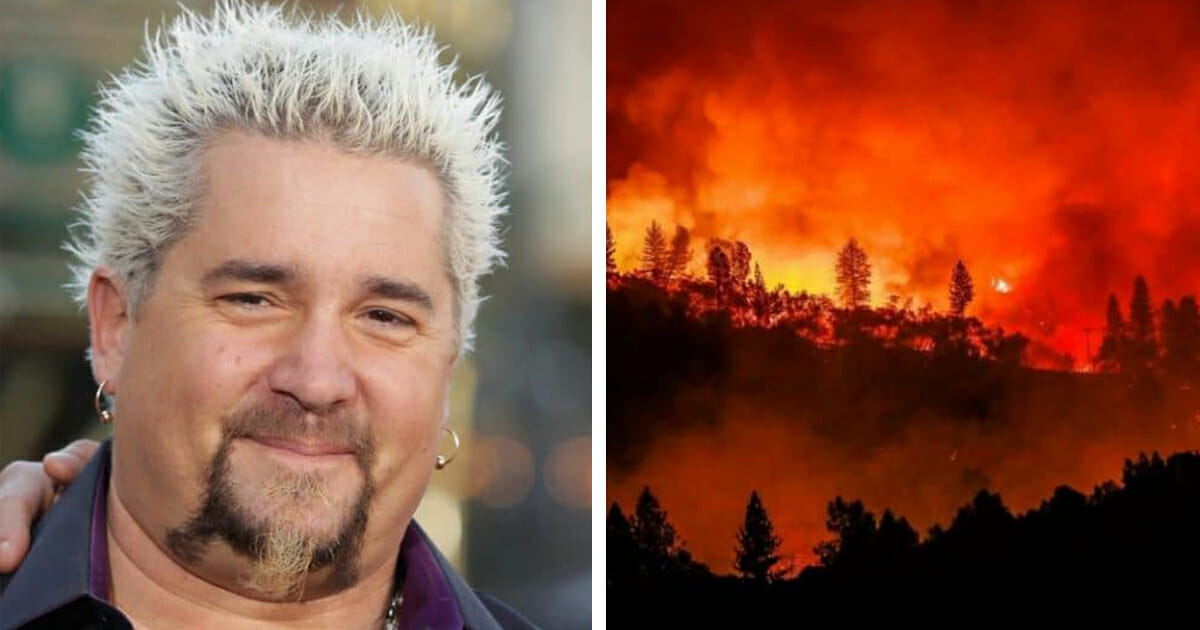 Our thoughts and prayers are aimed in the direction of California once again, as multiple wildfires continue to ravage the state.

The largest fire – dubbed ‘The Camp Fire’ – has already destroyed an entire town, earning itself the distinction of being the most destructive fire in the state’s history.

Residents have lost homes, businesses and possessions. 31 people have lost their lives. It’s a disaster that cannot be ignored.

Which is why it’s important to place equal emphasis on the people who are running not away from the fire, but towards the very flames themselves …

Heroic firefighters and police officers continue to brave the fury of Mother Nature in their bid to limit the damage she has wrought thus far. They leave their homes and their own families, doing so in the knowledge that their very lives are put at risk.

In California, there are currently ~250 USDA Forest Service firefighters assisting on crews, engines and helicopters on the #CampFire at this time. 32 of our personnel from 2 crews are also assigned to the #WoolseyFire pic.twitter.com/D68LliEQAG

As a result, it goes without saying that they deserve concessions where they can be found. That’s certainly a stance celebrity chef Guy Fieri is embracing, anyway.

Whilst he might not have talents in the field of firefighting or rescuing people from life-threatening situations, he boasts quite the skill set when it comes to rustling up good food.

Fieri’s decided to turn those skills towards making the lives of servicemen and women fighting the California fires just a little bit easier. According to reports, he’s been serving up hot meals.

Guy Fieri made a surprise visit to serve dinner to everyone at the law enforcement staging area at Butte College. Thank you so much Guy for filling our bellies and lifting our spirits. #ButteSheriff #CampFire pic.twitter.com/ZnhNxOa81n

A post on the Butte Country Sheriff’s Office’s Twitter page shows Fieri, along with other volunteers, handing out meals at the law enforcement staging area at Butte College.

After arduous days spent in horrible conditions, Fieri’s act of generosity is helping to lift the spirits of the brave men and women doing their best to fight the good fight.

“Thank you so much Guy for filling our bellies and lifting our spirits,” the Twitter post reads.

Of course, fans of Fieri will know this isn’t the first time he’s lent his considerable ability to those in need. Back in July, he teamed up with chef Jose Andreas to feed emergency crews and evacuees in Redding, California, during the Carr Fire.

What an impressive human being Fieri really is.