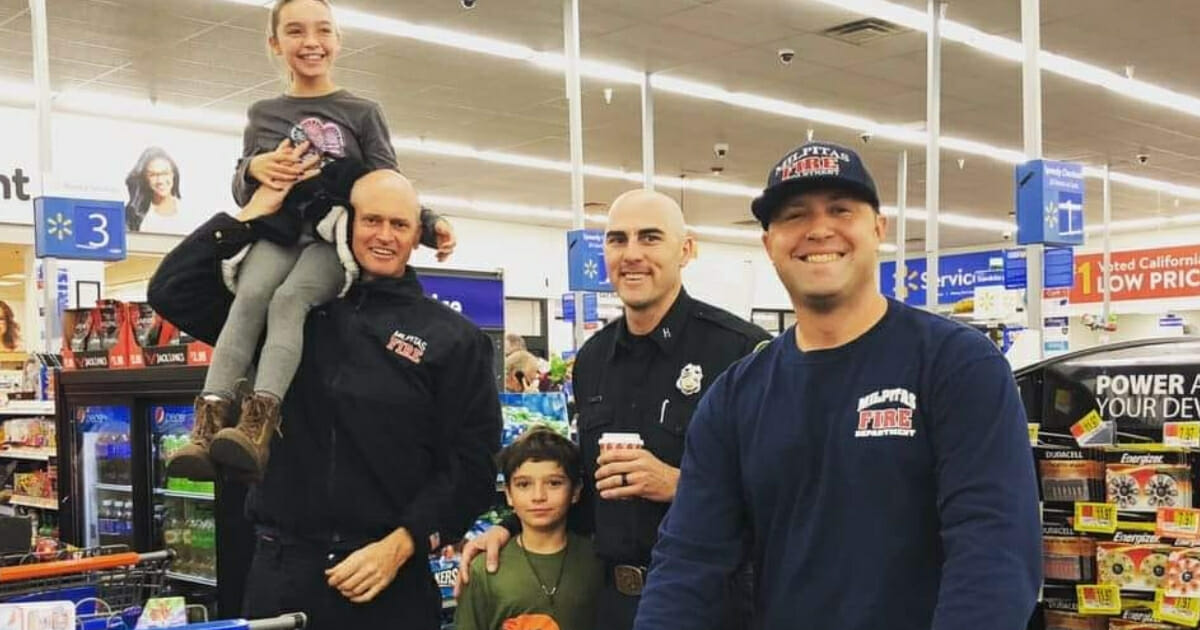 As if we needed one, the recent wildfires in California have served as a reminder as to just how heroic our firefighters truly are.

With people fleeing flames and devastation, running from fire and smoke, firefighters are headed the other way. It is they who we call when all hope is lost; they who are sometimes forced to sacrifice their very lives for the prosperity of others.

All in all, it’s safe to say firefighters are rather good guys and gals. Still need further proof? Look no further than Butte County, where Jennifer Hidalgo Fuller and her family are attempting to rebuild their lives in the wake of the wildfire that has taken their home, amongst other things.

Taking the first step towards a new future, Fuller and her children went to a store for supplies. It was in that store that they met four kind firemen, and their encounter would restore much of Fuller’s lost faith.

Fuller happened upon the four firefighters as they was perusing an aisle. She thanked them for containing the wildfires that have wrought havoc in the state of California for the better part of November.

In response, one of the firefighters asked her if she’d lost her home. She said “yes”, only for their collective reply to knock the breath out of her body.

On weekends, we feature the Top 7 images shared with #abc7eyewitness. This weekend, we are highlighting firefighters and first responders. Thanks to Eyewitness @henrykornaros for this photo, taken while he was embedded with @lacofd_camp2 at the Woolsey Fire. If you'd like to help firefighters and victims of the California wildfires, click the link in our bio.

The four firemen went on to pay for three full shopping carts of items, including toys for the children to play with.

A relatively small gesture, it might seem, given what Fuller and her family have lost as a result of the terrible Camp Fire. In such dark times, however, it’s the small gestures that appear to echo the loudest. In any case, what the four firemen did has certainly had a hugely positive effect.

Fuller wrote: “These firefighters see people at the worst times of their lives, that’s part of their job…they too have hearts…the Milpitas Fire Department shared their kindness with us today and made my children so happy and they finally feel like things WILL BE OK.”

"Well it's your lucky day."As horrible as things are in Butte County because of the Camp Fire, I’m just astounded by…

“So much gratitude,” she continued.

We should all be showing our appreciation to firefighters at this time.