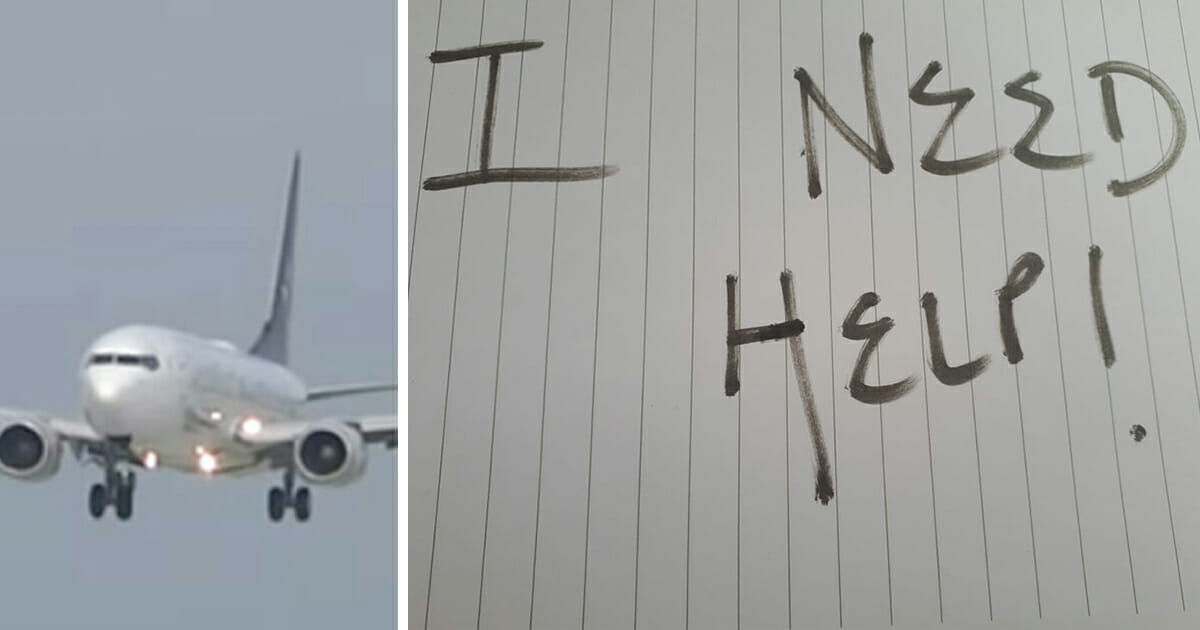 For most people, flying is a pleasant experience; one often associated with exciting trips or vacations. You could be on your way to a long-awaited, sunshine-filled holiday, or example, or on a journey to visit a family member or friend you haven’t seen for a long time.

Unfortunately, the same doesn’t ring true for everyone.

Shelia Fredrick has been working as a flight attendant for several years, and is used to dealing with complicated and awkward situations involving passengers on planes.

Even she never expected, though, that she’d witness something that would change her life forever. On a flight between Seattle and San Francisco, exactly that happened.

When the airplane had reached cruising altitude, she noticed a strange detail …

She spotted an elderly man, well-dressed, sitting next to a blonde girl in shabby clothes. When Shelia passed them by, the girl caught her eye and gave her a look. Shelia didn’t know why, but it felt as though the girl’s gaze pierced her deep. In that moment, she got a sense of urgency, as per the Daily Mail.

When she tried to talk to the man, he instantly became angry and defensive. Shelia began to suspect something was amiss; that not all was as seemed.

After a short time, she decided to go to the toilet and deposit a pen and paper. She was hoping the girl would make use of them if she needed help.

Then Shelia passed by the girl again and made signs for her to go to the toilet.

The girl followed the instructions, and when Shelia returned to the toilet she discovered a message on the paper. According to The Independent, the note read: “I need help.”

Shelia placed a call to the authorities. By the time the plane had landed, the police were in place to seize the man.

The girl herself was around 14-years-old. She had been a victim of human trafficking, having been kidnapped just two months earlier.

In 2009, retired flight attendant Nancy Rivard launched the Airline Ambassadors International organization. It trains attendants to look out for victims of human trafficking; teaching them to spot the signs.

Nowadays, they work together with the US Customs and Border Police to work against human trafficking.

It was in 2011 that Shelia discovered the girl in this particular story. After that, she started working with the Airline Ambassadors organization and has now received training in order to help her make further judgements in the future.

“There are many signs to be aware of,” Shelia says.

Just a few weeks after the incident in question, Shelia received a call from the girl she had saved. The two still maintain contact today.

The UN estimates that around 1.2 million children a year fall victim to trafficking. Boys and girls alike are exploited; exposed to things like cheap labour, illegal sex rackets and begging for money. Sometimes they can even be turned into child soldiers.

These are obviously all things we can never accept.

Shelia Fredrick, a flight attendant for Alaska Airlines, was working on a flight from Seattle to San Francisco when she…

Thank God Shelia was so attentive. Her quick-thinking and courage helped save this girl’s life.

Please, share this post with your loved ones to raise awareness of a problem that still exists today. Help us pay tribute to Shelia and all the other attendants who work to prevent human trafficking.