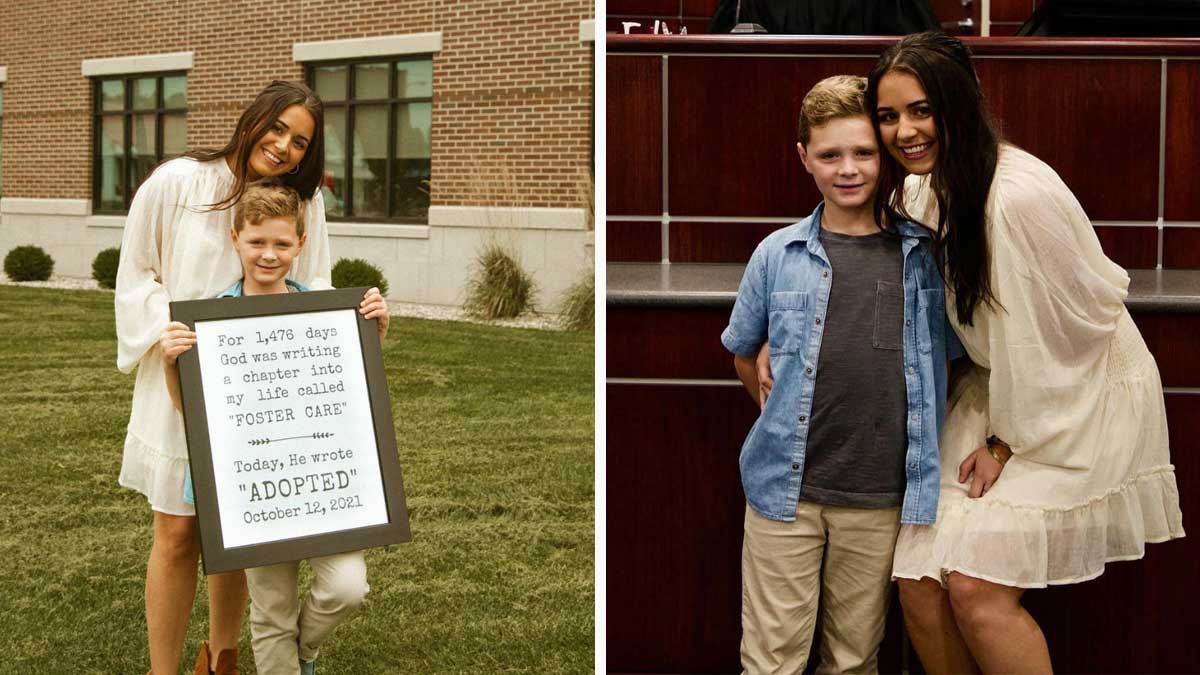 We’ve all had teachers who have had a positive impact on our life, but maybe not all of us have been as lucky to have someone as special as Paige Bramlett.

When the former elementary school behavior specialist learned that one of her youngest students was in need of stability and a long-term home, she offered to provide him with a home.

In August 2019, Bramlett met a five-year-old William for the first time. Bramlett, who was in her early 20s, had recently started as a behavioral specialist at the same elementary school she once attended in Indiana.

Her job was to spend three hours per day with William.

“He was very isolated because he didn’t know coping skills, and he really struggled,” she told Good Morning America. “Since I was one-on-one with him, a lot of our time was spent working on coping skills, behavioral skills, talking about how we behave in school, those types of things.”

William, who was in foster care, struggled with a lot so Bramlett did her best to work on skills that “would go beyond the classroom.”

One day William didn’t show up to school, and Bramlett became worried. When the boy showed up the following day he was accompanied by his case worker. Bramlett asked the case worker what happened, and that’s when she learned that William was in desperate need of a stable home life.

“I’m thinking about pursing being William’s forever home,” she texted her parents.

After doing her research, Bramlett became a licensed foster parent and by January 2020, just weeks after she turned 24, William was living with her and her parents.

“William had his struggles, but Paige was the first home that William was in where there was constant structure and a sense of ‘I’m not going to give up on you,'” Julie Hirtzel, William’s court-appointed special advocate since 2017 said.

“She’s done a super job of making sure that William gets what he needs. She does what every parent would do for their child.”

In addition to learning about the foster care system, Bramlett learned about trauma and how it impacts children.

“People go into it thinking that love should be enough,” she told the Indy Star.

She began sharing her story on social media and was able to connect with other single foster parents.

By the time he was officially adopted he had been through six foster homes.

“I knew that this child needed a forever home, and I didn’t want him to continue to bounce back and forth, in and out of foster homes,” Bramlett told WTHR.

“It was hard to get his head wrapped around feeling secure, that he won’t have more changes,” Bramlett said. “When I think about it, the permanency was so needed. That’s what he was longing for, and I feel like he feels safe.”

Now the mother, son, and their new puppy live in their own home, and while they all are still adjusting to their new lives, no one would change anything about it.

“It’s sometimes hard for me to say out loud, like, oh my gosh, I’m a mom. But I’m so thankful for what I’ve been given and for how I’ve become a mom. You don’t expect it to happen so early, but I know it’s how I was chosen to be a mom.”

I love this story so much! Thank you Paige for seeing William’s needs and giving him a loving home.