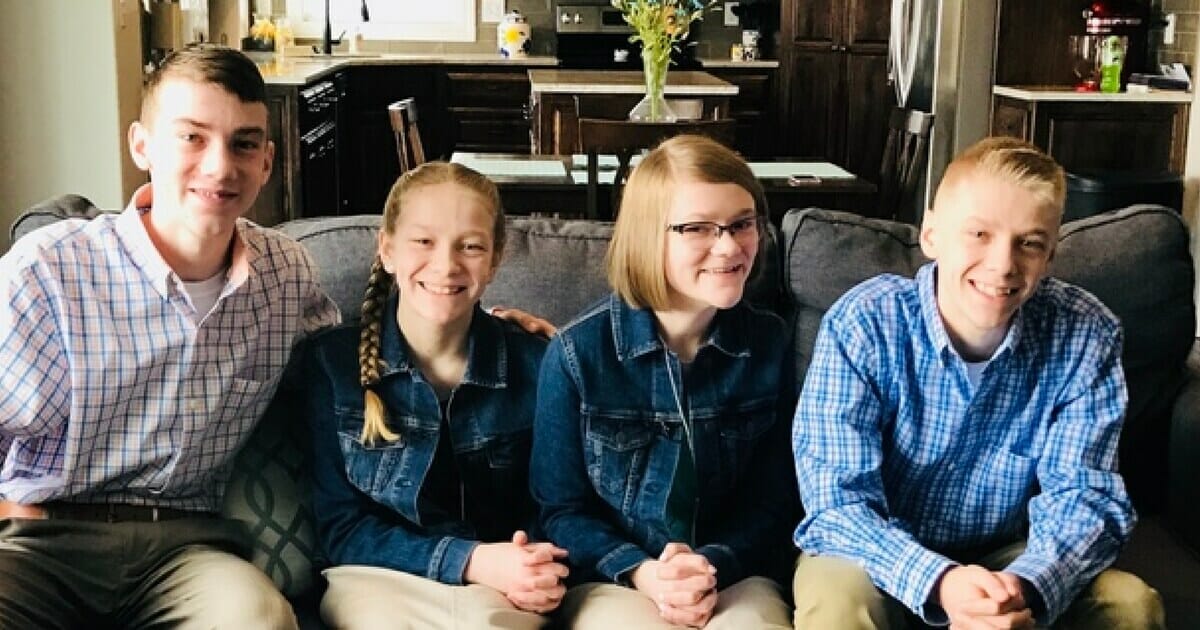 Having a child is a blessed thing. Sadly, it’s not something everyone gets the chance to experience.

There are couples around the world who, try as they might, simply cannot have babies. Kansas pair Eric and Phyllis Watson are one such couple.

When they discovered that they couldn’t have children, they decided to become foster parents.

Little did they know, however, that what lay in store for them would change their lives forever.

Kansas couple Eric and Phyllis expected things to be different once they made the decision to become foster parents. They could have never anticipated just how much things would change though.

One Wednesday in November, 2015, they received their license. This meant that after having gone through training and assessment, they were able to take care of children who needed a new home.

Of course, they couldn’t possibly have known that just one day later, on the Thursday, a set of four siblings would be entered into the foster system. They had been subjected to abuse and neglect throughout their lives, with the state intervening to take custody.

A case worker contacted the Watsons to let them know that the children were looking for a home together.

According to Phyllis, the conversation came as quite the shock: “They said, ‘We have a sibling set of four,’ and I’m like, ‘Four?! That’s a lot.’”

With both Eric and Phyllis working full-time jobs, they were unsure as to whether they would be able to provide all that the children needed. In the end, they decided that it was probably for the best if they declined. They were told that should they decide not to foster them, the teens would be split up into different homes.

Then everything changed after Eric went for a nap.

““The turning point for me was they were going to be split up and I didn’t want to see that,” Eric said.

“And when he woke up, he said, ‘We’re gonna take the kids,’” Phyllis added. “Eric had thought things over, and couldn’t imagine separating the siblings.”

Initially, the Watsons planned to foster the teens for a year while attempts were made to reconcile them with their biological parents. When it became apparent that wasn’t an option, though, the couple knew what they wanted to do.

“It’s not what I had planned, but it’s so much better,” said Phyllis. “I love them like they are my own.”

Alisia, Emma, Cody, and Bradley Watson have been family in my heart since the day that we met but as of yesterday it is…

I don’t know about you, but that certainly makes my heart warm and fuzzy. Every child deserves a good chance in life, and it looks as though Eric and Phyllis are going to provide the right amount of care and love for four souls who otherwise would have gone without it.

If you were touched by this story, hit the SHARE button to spread some happiness!