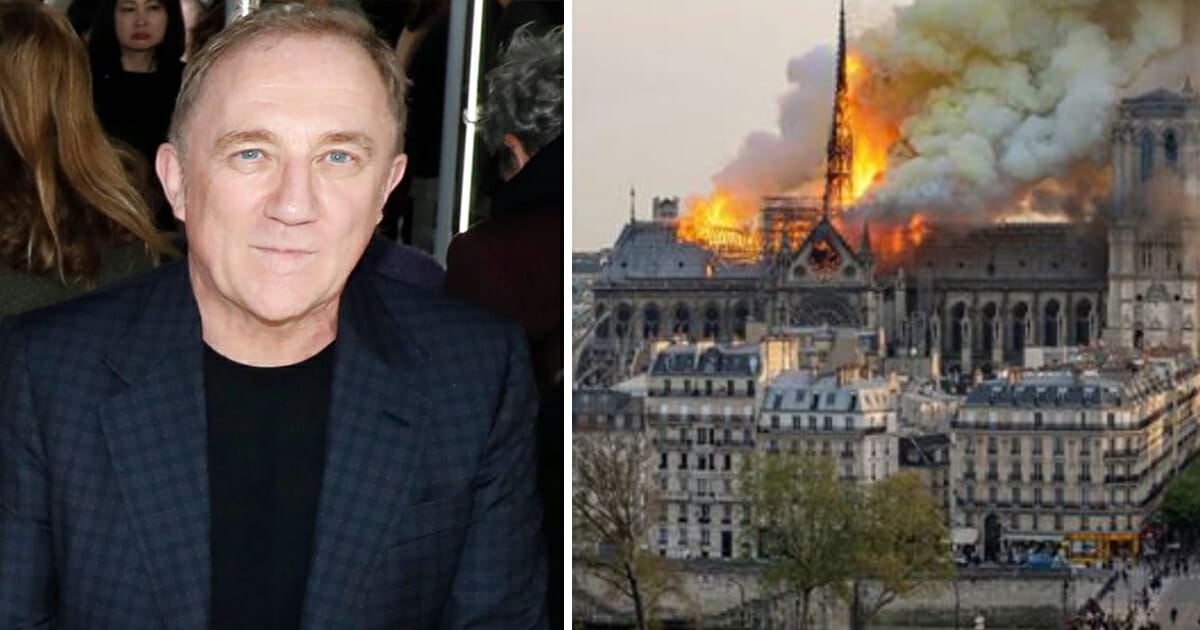 Francois-Henri Pinault, one of the richest men in France, has vowed to donate 100 millions euros ($113million) to help rebuild the Notre-Dame Cathedral.

The iconic building was dramatically engulfed in flames yesterday (April 15), with the world left to watch on and wonder at the extent of the damage.

By the time the inferno had been put out, the structure’s spire had collapsed and the building itself had been on fire for some time. Fortunately, 400 firefighters were able to bring the blaze under control within five hours, and so now the job of reconstructing what was lost begins.

A post shared by François Henri Pinault (@francoishenripinaultfan) on Mar 27, 2019 at 3:24pm PDT

Enter François-Henri Pinault, the chairman and CEO of Kerin, an international luxury group that has owned renowned brands such as Gucci, Saint Laurent, Bottega Veneta, and Balenciaga since 2005.

Pinault can also boast being the president of Groupe Artémis, which has owned fine arts auction house Christie’s since 2003.

Speaking to French news agency AFC, as reported by CNN, Pinault said: “This tragedy strikes all the French, and well beyond that, all those dedicated to spiritual values.

“Faced with such a tragedy, everyone wishes to revive this jewel of our heritage as quickly as possible.”

Indeed, a heightened sense of importance has been placed on restoring the 850-year-old landmark. What’s more, Pinault isn’t the only person to have offered up money to help hasten the process.

According to CNN, the amount of donations from French tycoons and businesses currently stands at 601 million euros ($679 million), that not including money from the city of Paris and the French government.

French president Emmanuel Macros said on Monday night: “I’m telling you all tonight—we will rebuild this cathedral together. This is probably part of the French destiny. And we will do it in the next years. Starting tomorrow, a national donation scheme will be started that will extend beyond our borders.”

Here’s to hoping the restoration process of the great Notre Dame Cathedral is straight forward and as quick as can be.

Share this article if you wish for the same!