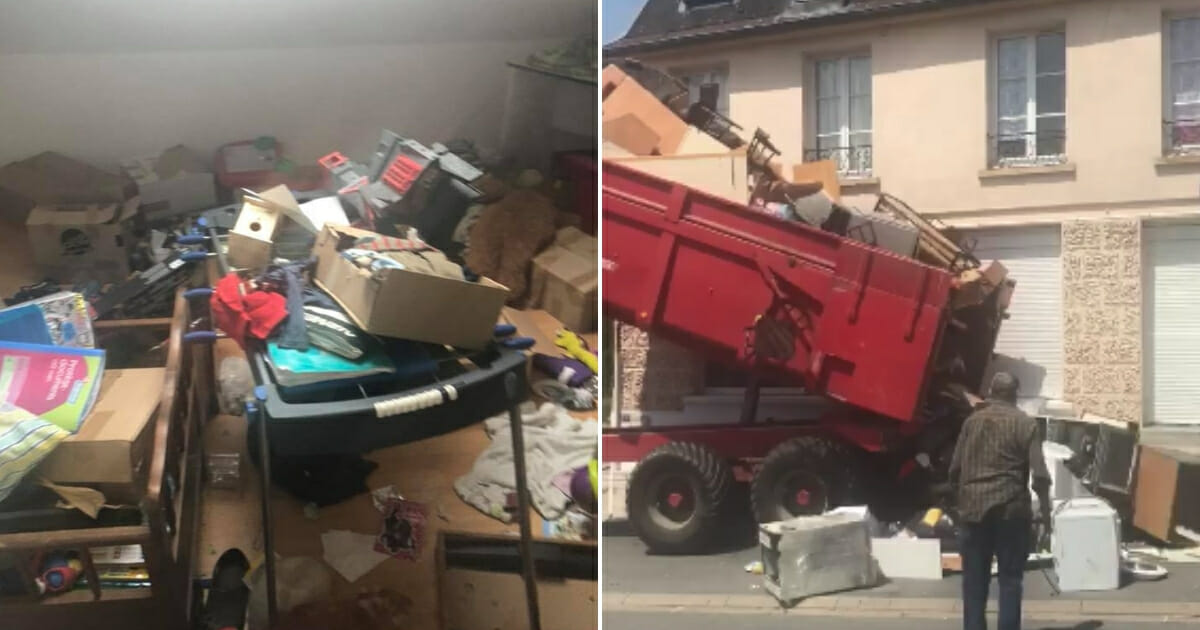 When it comes to renting out your property, there’s always the possibility you could be lumped with an awkward tenant.

For some landlords, even getting rent can be a hassle, whilst others have to fret about the state the house will be returned in when their tenants leave.

French landlord Thomas Ravaux knows all about such difficulties. He had some tenants vacate his property after not paying rent for a full 14 months, and to say they left his building in reasonable condition would be an outright lie …

According to The Sun newspaper, the tenants left a dirty mess in their wake when they departed the place, including an uncleaned litter box, numerous empty boxes and damaged furniture.

Ravaux had rightly had enough, and so decided to take a suitable revenge on the tenants after they moved into a new home.

The landlord loaded up all the things they’d left behind – rubbish and all – and transported them via a dump truck to the tenants’ new home.

As per a truly incredible video uploaded to Facebook, Ravaux then dumped the waste outside their front door, leaving not one speck of dust behind.

Not only was Ravaux afforded the satisfaction he definitely deserved, but in a way he was doing the tenants a nice turn … giving them back all the belongings they would surely have otherwise missed.

Ravaux also uploaded pictures depicting the state of the house after the tenants had moved out. See for yourself:

Accompanying the post, he wrote: “Shame on you. This is how this flat was returned to me. Living like that with three kids, bravo. Shame on you.”

Well, that’s certainly one way to deal with unruly tenants.