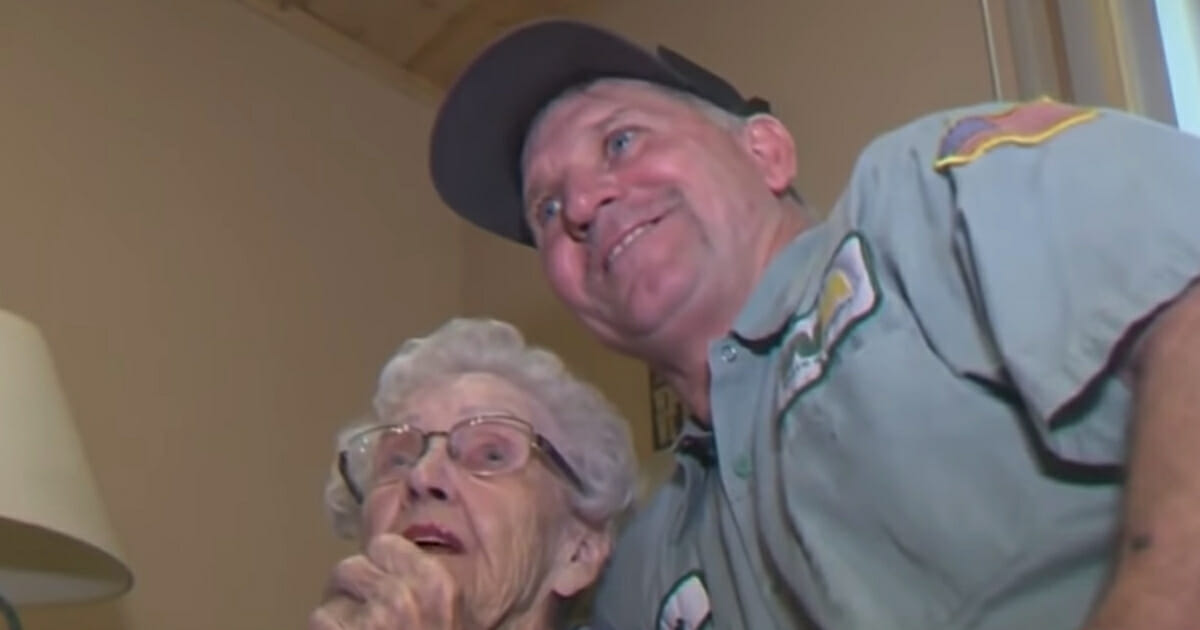 Despite prayers from across the world, the Camp Fire in Butte County, California, continues to ravage the northern part of the state.

Already has the situation been given major disaster status by President Donald Trump, and on Wednesday the California Department of Forestry and Fire Protection confirmed it’s the most deadly and destructive fire in California’s history.

To make matters ever worse, they also notified the public that the fire is only 35% contained.

And yet, as so often proves the case, in the midst of terror humans perform no end of honorable deeds. Hope and love shine through like beacons, and it’s in such circumstances that true heroes are so often born …

Garbageman Dane Ray Cummings was driving his usual route on Thursday, November 8, when he received a call from his supervisor warning him that the Camp Fire was spreading quickly. Dane was told it was in his best interests to evacuate the area.

Instead, though, Cummings pushed on, knowing there were a number of elderly residents on his route who could potentially be in need of help.

Speaking to WBAL TV, he said: “I been on that route eight years, and I just picked the people that I knew were older, and I tried to stop and help them and let them know that they were coming and make sure they were getting out.”

Eventually, Cummings came to the house of Ms. Margaret Newsum.

Newsum, who will turn 94 in February, is recovering from a broken back. When she awoke that morning she went about her business as usual; fixing oatmeal and watching the news.

After learning that Camp Fire was closing in, however, she began to worry about how she might escape its path if she had to. Ms. Newsum decided to go out onto her front porch in the hopes that a good Samaritan would have space for her in a vehicle. Luckily, moments later, she saw Cummings pulling up.

.@JerryBrownGov on #CAFires: “I want to thank all the firefighters and first responders – everyone who has worked so hard under very, very trying conditions. Our thoughts and our prayers are with those who have lost loved ones and members of their family, neighbors and friends.” pic.twitter.com/jt3akjO7nb

She explained: “I went out and was standing on the front porch when this great, big, green monster drove up, and my dear friend was emptying the garbage. And he said, ‘You’re not staying here. You’ve got to get out of here. Why are you still here?’”

It transpired that the 93-year-old had no family nearby to help her evacuate the area. Cummings knew that he had to breach company protocol and lift Ms. Newsum into his truck.

From there, the duo shared a ride of some five hours down the hill to safety, as residents fled their homes. Cummings says he’s glad he got the opportunity to talk with Ms. Newsum, who had quite the life story to share.

“I wish I’d known her when she was younger. I would’ve married her, you know what I mean? It was the best conversation I’ve had in a truck ever,” he said, as per SFGate.

Not only was Ms. Newsum an eye-witness to the Japanese attack on Pearl Harbor, but she was a back-up singer for stars like Frank Sinatra, Sammy Davis Jr. and Dean Martin. She also told Cummings how she’s beaten cancer three times.

We know, right, what an incredible tale of compassion in the midst of such tragedy and woe.

Help us spread the great story of Dane Cummings and Margaret Newsum by sharing this story on Facebook!