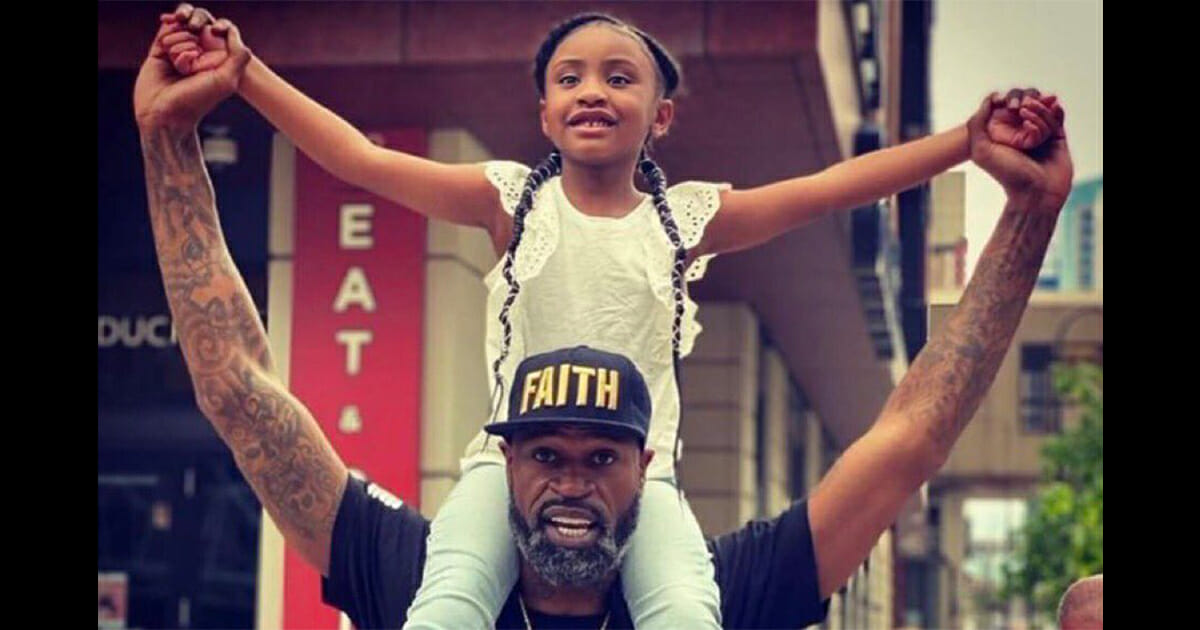 The daughter of George Floyd, the black man who lost his life after being restrained by police officers in Minneapolis last week, knows just how much of an impact her father has had.

Floyd’s death sparked protests all around the U.S. and indeed worldwide, with millions calling for much-needed changes to a system that still sees black individuals abused and mistreated because of the color of their skin.

As per reports, Floyd’s daughter, 6-year-old Gianna, and her mom Roxie Washington were joined by family friend and former NBA player Stephen Jackson yesterday at a news conference in Minneapolis.

There, Washington spoke on her ex’s death at the hands of four police officers. Afterwards, Stephen gave Gianna a ride on his shoulders, and the little girl said: “Daddy changed the world.”

The tear-jerking moment was caught on camera, with Gianna managing a smile despite the fact she lost her father to a truly appalling injustice.

Speaking to the media, George’s ex Rosie stood beside Gianna and said: “I want every body to know that this is what those officers took from [her] and at the end of the day, they get to go home and be with their families. Gianna does not have a father.

“He will never see her grow up, graduate, he will never walk her down the aisle. If there’s a problem and she needs her dad, she does not have that anymore.”

The aftermath of George’s murder has seen riots and protests wash over the United States. Derek Chauvin, the officer filmed kneeling on George’s neck for nine minutes, has been charged with third-degree murder, but the other officers present have yet to be charged.

My heart goes out to the family of George Floyd. Especially little Giana, who will now grow up without her father because of a crime that should never have been allowed to happen.

Share this article if you agree that Black Lives Matter, and to send love and prayers to Floyd’s loved ones.