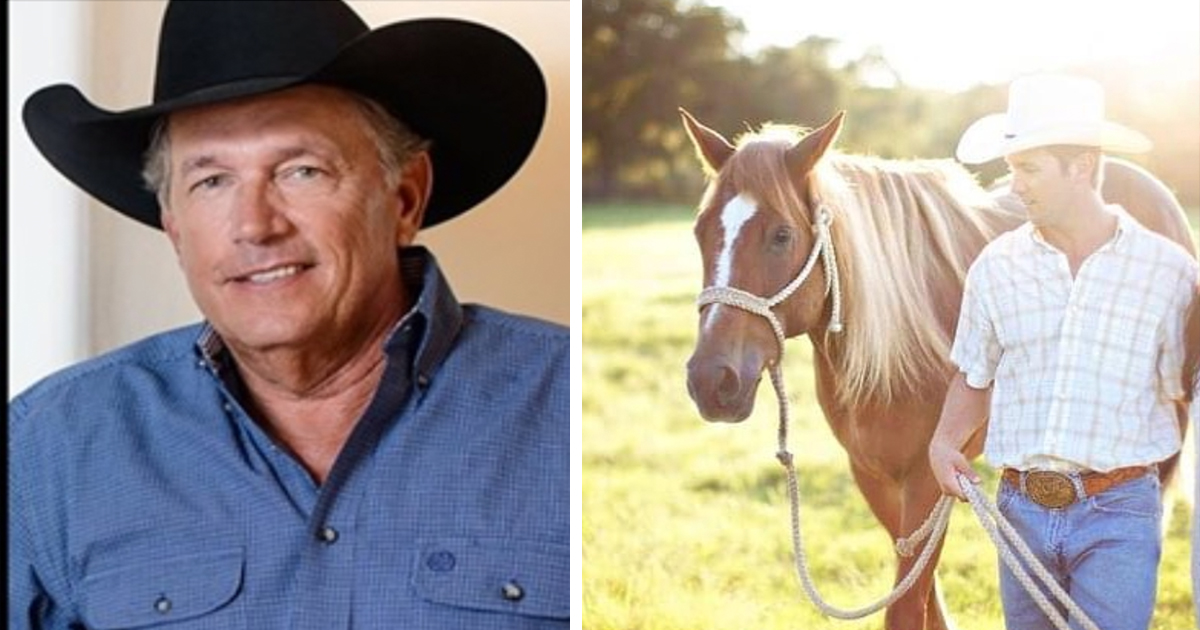 George Strait is a certified legend of the country music scene, known as the “King of Country” and widely considered as one of the most influential artists of all time.

The 68-year-old has achievements beyond reckoning and is rightly recognizeed as perhaps the primary force in American country music.

And yet away from the cameras, George has plenty to be proud of too, not least due to the fact that his son, George Harvey Strait Jr. (aka Bubba) has largely followed in his footsteps.

Born in 1981, Bubba is the second child of George and his wife Norma. He attended college at Texas A&M, but would go on to become a team roper with the Professional Rodeo Cowboys Association afterwards.

Given that George Strait is himself a fan of team roping, his son’s decision to take it up must surely have sat well.

Indeed, in a 2004 interview with The Team Roping Journal, George said:

“It’s the greatest feeling in the world to watch my son win a roping, or even to just watch him compete,” adding, “Bubba and I have been fortunate to win a couple of buckles together, and that, my friends, is the ultimate.”

Not only that, but George Jr. has also proven himself adept when it comes to being a singer-songwriter.

As per reports, Bubba and his real-estate wife Tamara live together in Texas with their two young children, Jilliann Louise Strait and George Harvey Strait III aka “Harvey.”

I don’t know about you, but I can only imagine how proud George Sr. must be of his son.

I can think of nothing more suitable than for a country icon like George to have a son who loves the rodeo and sings country music.

Share this article if you’re a fan of the legendary George Strait! I know I am!