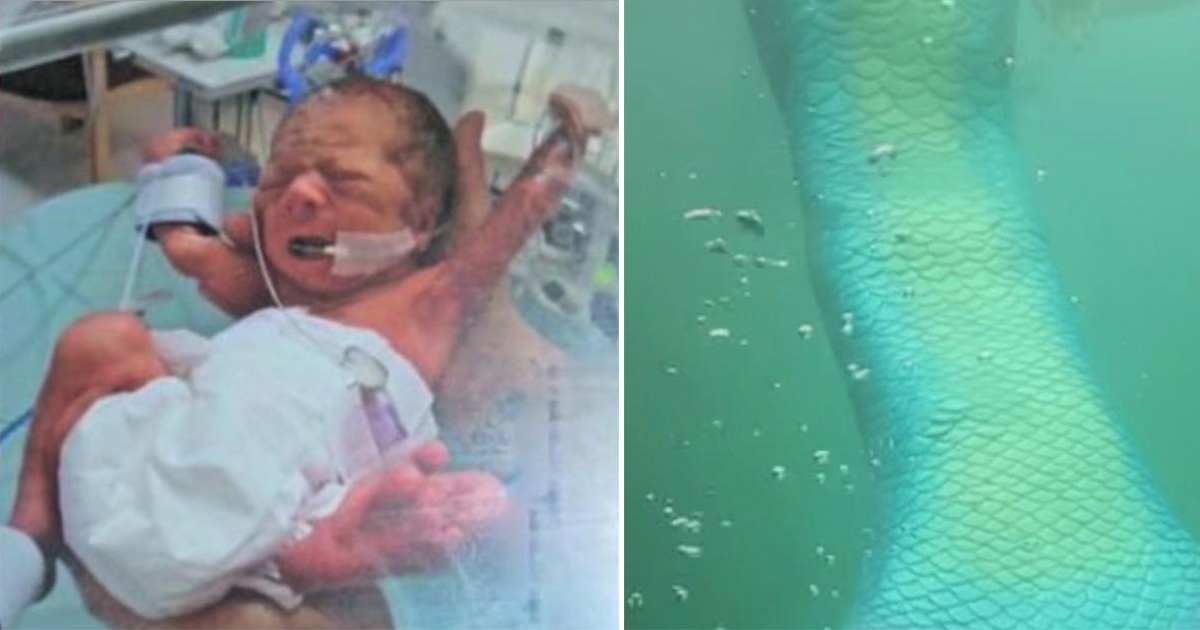 Lauren Cosgrove was born in the 27th week of her mother’s pregnancy, weighing just a little over 2 pounds. The little baby had to spend her entire first year in the hospital. Her condition was critical plenty of times but she survived them all, thanks to skilled doctors and a family who never gave up.

After a while, the doctors managed to figure out what made Lauren so sick, suffered from short-bowel syndrome (SBS), she missed some of the small intestine, which meant she could not properly nourish nutrition.

It didn’t take long for the doctors to realize that Lauren suffered from a condition by the name of SBS, short–bowel syndrome. This meant she was missing some of her smaller intestine, meaning she was unable to receive full nourishment through food.

The little girl from Scotland lives in constant pain but she is one strong and charismatic girl with a very vivid imagination.

All the time spent in hospitals made her mind wander away and develop a little world of her own. She developed a great interest in mermaids and often sat and drawn pictures of these magical creatures.

Her greatest wish was to meet a real-life mermaid one day.

One of the nurses who was helping little Lauren, noticed how much the girl liked these fictional characters and decided to plan something very special for her.

One day, Lauren suddenly received a mermaid costume and was picked up with her family in a limousine. Lauren thought she was going to a water museum – she had no idea as to what would happen next.

Before hopping into the limousine, she put on her little mermaid costume. The limo took a detour to the museum and somehow ended up at a lake nearby. They got off and when Lauren walked along the shore she suddenly saw something she recognized – a living mermaid. She could not believe her eyes.

The mermaid came closer and closer, and Lauren could barely believe her eyes when the mermaid was finally at her feet. The Mermaid taught Lauren some enchanting words and then handed her a magic pearl necklace. Now that sounds fairy-tale like to me!

Couldn’t have been more of a memorable day for Lauren, who was even treated to pizza afterwards.

The organisation “Rays of Sunshine” had put together the whole thing and also paid for the pizza party she got afterwards. They even flew in the famous actress Linda Wolbert all the way from Los Angelse to play the part of a mermaid. Talk about amazing!

Watch it all in the video below:

If you think this story about how some people are kind enough to make a sick young girl’s biggest wish a reailty is as remarkable as we do, then by all means please share!