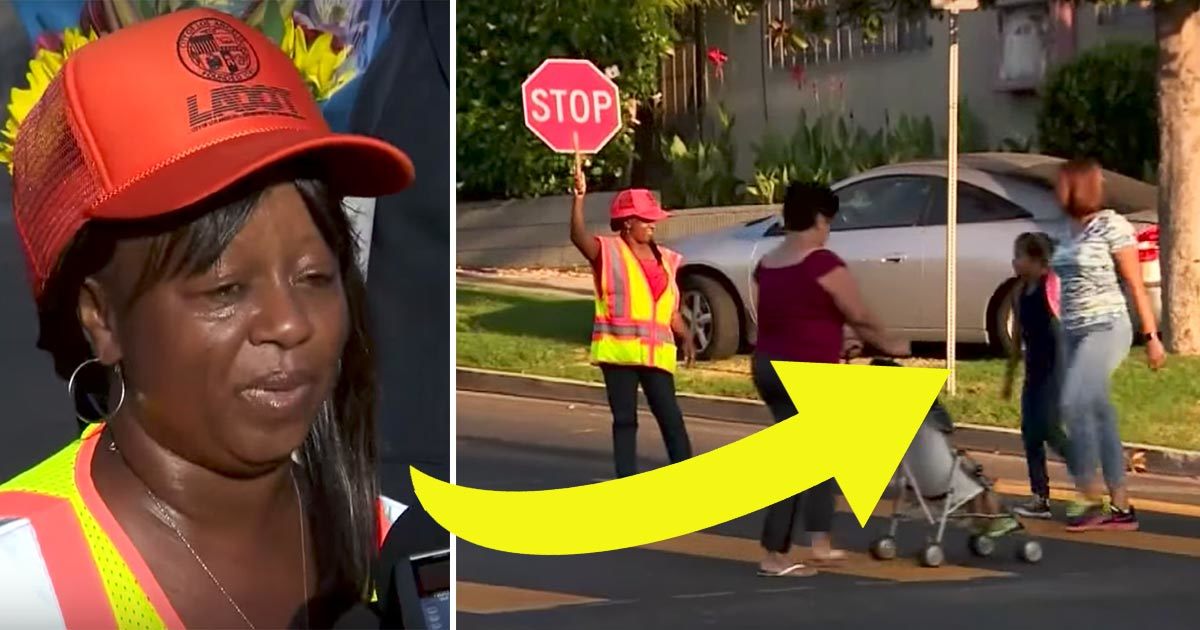 They say heroes come in all shapes and sizes, and this story is certainly proof of that.

Adrian Young works as a crossing guard at a Los Angeles school, where she makes sure all the children can safely cross the street without worrying about cars.

But one day while Adrian was waving a woman and a girl across the street, she suddenly found herself protecting a child from quite a different threat.

It was just another ordinary September school day when Adrian saw a girl and a woman crossing the street together.

But as the pair got closer to her, Adrian sensed something wasn’t right.

Then suddenly, the girl made a desperate cry for help.

The girl’s words instantly triggered Adrian’s maternal instinct and she sprung into action.

Even though Adrian is only about 4’8″ (150 cm), she didn’t hesitate and grabbed hold of the little girl.

The woman also grabbed the girl and refused to give up. She tried to knock Adrian down, but without success.

Soon, Adrian was able to force the woman to let go of the girl, and the woman ran.

Then, Adrian called the police and they were able to arrest the kidnapper soon afterward.

The girl was quickly reunited with her mother and Adrian was hailed as a hero for her efforts.

“If it wasn’t for her, I wouldn’t know where my daughter would be,” the girl’s mother said.

The city of Los Angeles honored Adrian and gave her a certificate recognizing her as a hero.

“Sometimes superheroes come in small packages. Because of her diligence, training, awareness, and just because she cares so much about children, she prevented what could’ve been a kidnapping of a child,” a city representative said at the recognition ceremony.

Adrian is a true hero who deserves all the praise in the world!

Watch Adrian describe what happened in this news report about the incident:

What an incredible woman! Please share this story if you’re also grateful for Adrian and all the other heroes out there who help keep our kids safe!