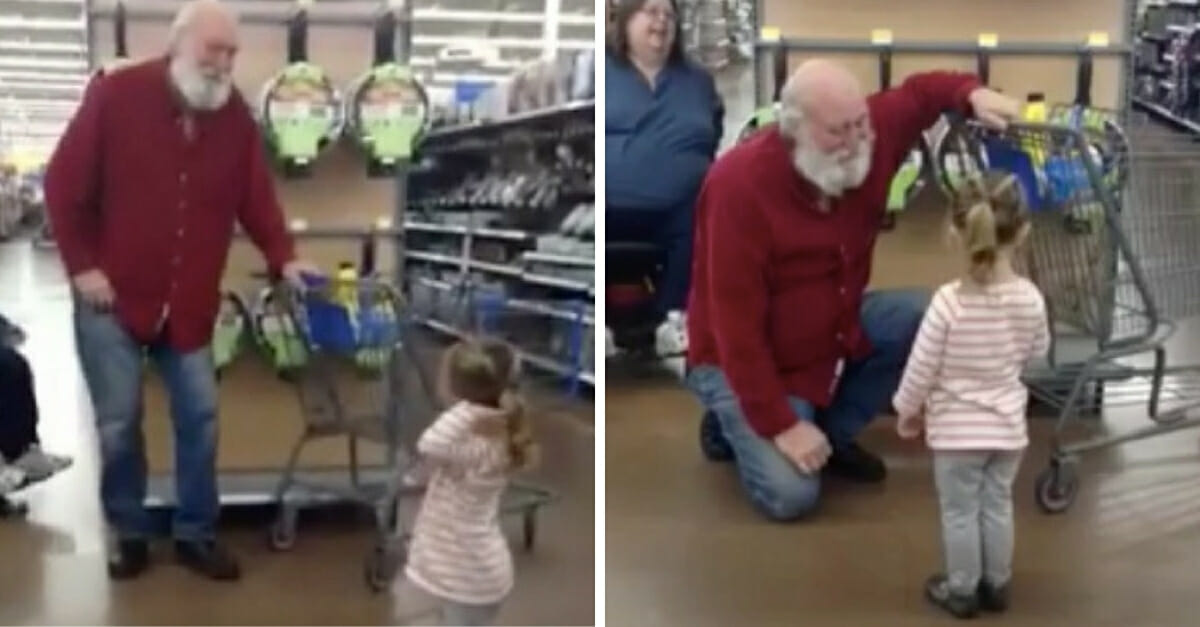 It’s every child’s dream to meet Santa Claus for real. I can’t tell you the amount of times I tried to stay awake past midnight when I was younger, all in the hope of hearing reindeer on my roof or seeing the big man himself coming down the chimney.

Alas, I always feel asleep early so my plans were foiled, but one little girl in Hurricane, West Virginia got the experience I never did. Or at least that’s what she’ll likely tell you.

3-year-old Sophie Jo Riley was in Walmart when she saw a tall man in a red sweater sporting a huge beard. According to her older sister, Sophie took to following “Santa” around the store, all in the hope of potentially sharing words with the man who could make or break her Christmas …

In the end, it was Sophie’s dad who prompted her to actually speak to the man. She approached him and asked: “Santa?”

Of course, this Santa wasn’t actually the real thing. It was Roger Larck who Sophie had mistaken, but fortunately the man took matters into his own hands in a rather special way.

Roger began by kneeling down to put himself on Sophie’s level. She sweetly replied that he can expect cookies when he comes to her house, though was sure to remind him that only one of them will be for him … his reindeer need to eat too!

Sophie’s sister recorded the encounter and uploaded it to Facebook. Needless to say, it’s proven a huge viral hit, garnering more than 1 million views and almost 15,000 shares. Sophie’s mom, Erika Riley, says the meeting reminded them what Christmas is truly about.

“If there really was a Santa Claus, and now I question it… I think maybe there really is. That’s exactly how I picture him to be,” she said.

As for Larck, he told WSAZ that he was happy to have been of service: “I’m tickled I’ve been a part of something that other people have enjoyed. It was just me having a conversation with a little girl. It melted my heart when it happened.”

Watch the heartwarming video below:

Well that certainly instilled some festive cheer in me!

If you liked this video, be sure to share the article so more people can see it!