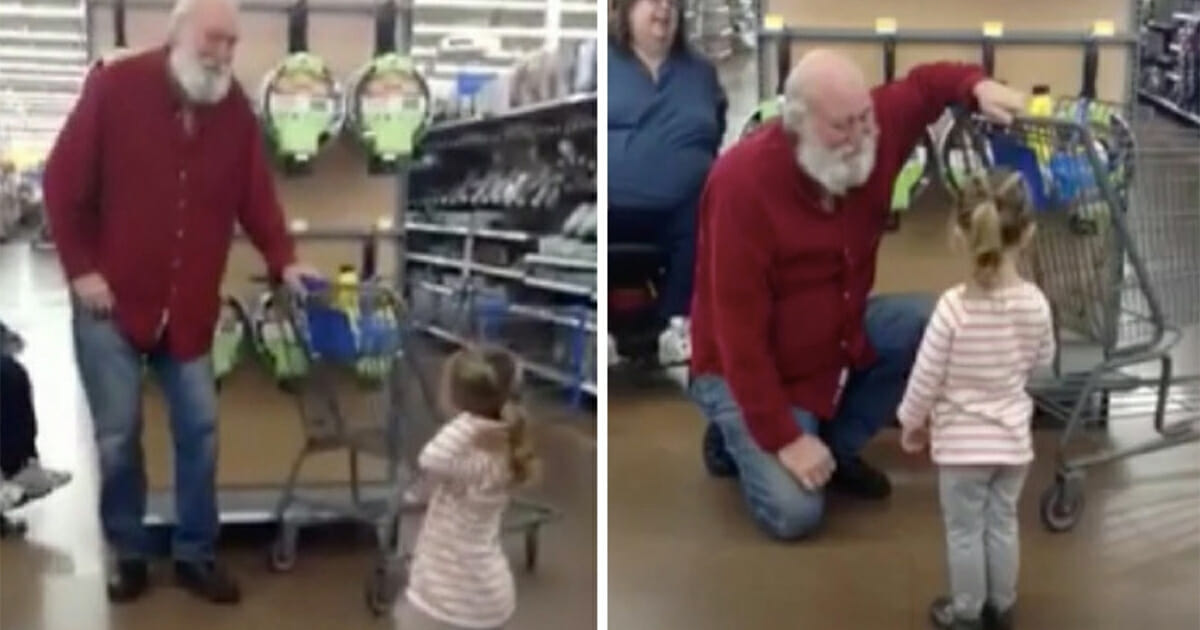 Despite being told as children that if we see Santa on Christmas Eve he won’t deliver our gifts, we are still desperate to catch a glimpse of the big man in red.

One little girl thought she’d spotted the real deal at her local store while shopping with her mom and sister – and the festive figure was only too happy to oblige.

Three-year-old Sophie Jo Riley noticed a tall man wearing a red sweater in her local Walmart in Hurricane, West Virginia, and believed him to be Santa.

According to her older sister, Sophie was sneaking around trying to follow “Santa” and then turned around to tell her family, “Shh! It’s Santa!’”

When Sophie’s dad encouraged her to go up and address the man as Santa, the man, whose real name is Roger Larck, was only too happy to oblige.

According to Doyouremember.com, Roger knelt down on one knee and began speaking to Sophie. She told him that her family were going to leave him cookies but said he could only have one as the others are for the reindeer.

Sophie’s older sister recorded the meeting between the two and posted it on Facebook. Since posting the video, it has received over 1 million views and thousands of shares.

Roger said he was so happy to be part of such a magical moment for this little girl.

“I’m tickled I’ve been a part of something that other people have enjoyed,” Roger tells WSAZ, “It was just me having a conversation with a little girl. It melted my heart when it happened.”

I love that so many of us help to keep the magic of Christmas alive. Long may it continue!

Please share this heartwarming story with your friends and family and help put a smile on their faces today.